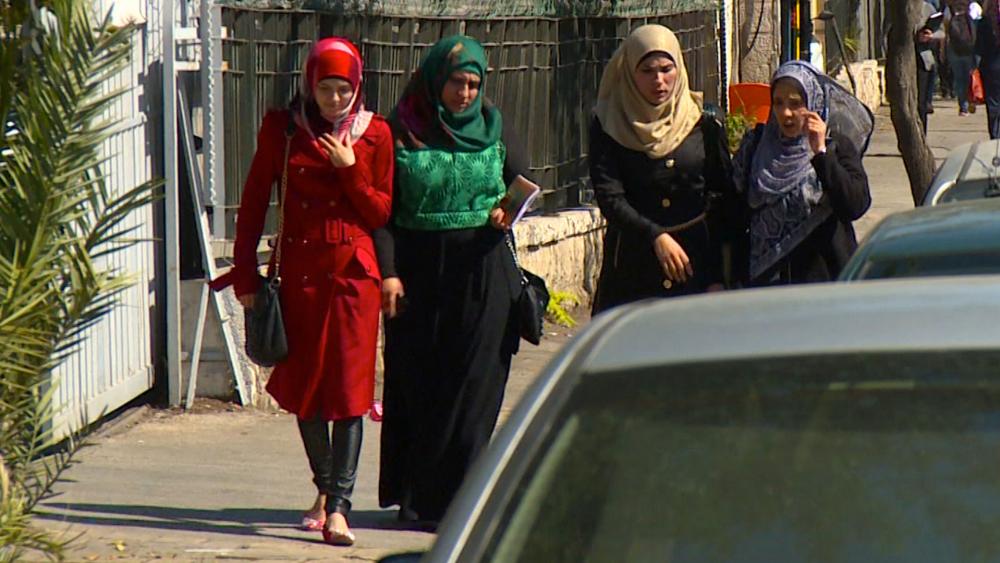 Jerusalem is looking to become a model for co-existence by helping the Arab residents integrate into the workforce.  How will they do it? By replacing the hatred in Palestinian Authority schoolbooks with Hebrew.

The international community regularly criticizes Israel for the living conditions of Palestinians.

Jerusalem Deputy Mayor Fleur Hassan-Nahoum argues those critics are the problem, however, for funding education that incites hatred by using Palestinian Authority textbooks.

“And why is that bad?  Unfortunately we have incitement in that curriculum.  We have glorification of martyrdom, complete denial of the existence of Israel,” Hassan-Nahoum said.

Arabs make up 37 percent of Jerusalem’s population and almost all of their children study the PA curriculum.

Hassan-Nahoum says beyond the hatred there’s a practical side to the problem.

“For me as somebody who’s worried about all the children in my city they don’t teach any Hebrew and terrible English, which means when they’re 18-years-old, these kids graduate, they cannot be integrated into any economic opportunity, any quality employment, any higher education. So what the curriculum does is a curriculum of institutionalizing poverty,” Hassan-Nahoum told CBN News.

The Palestinian Authority wants its future capital in the eastern part of a divided Jerusalem. Israel opposes that idea, and most Arabs living there are residents with many of the same privileges of Israelis.

“When we polled them, 50 percent of the Arab families want to be part of the Israel curriculum. Israeli curriculum is an Arab curriculum.  It’s not a Zionist curriculum. All we’re doing is taking out the incitement and bringing in Hebrew as a second language,” Hassan-Nahoum said.

Many of the Arab schools are under UNRWA (United Nations Relief and Works Agency) the UN body that’s taken care of Palestinian refugees for more than 70 years.

“We have schoolbooks here which honor murderers throughout the books and talk about dying for the right of return. This is wrong. This is not appropriate for a United Nations Agency,” said David Bedein, of The Center for Near East Policy Research.

Bedein has studied Palestinian textbooks and UNRWA facilities for years.

“Every Jewish city is replaced with an Arab name. The children grow up with the idea there is no Israel.  There’s a Zionist entity that has to be ignored and wiped out,” Bedein told CBN News.

That’s where Bedein and Hassan-Nahoum want to see donor nations restrict funding until there’s a change.

“We’re saying something very simple:  put that on the side in escrow, make them change their curriculum, take out the incitement, give them opportunity in that curriculum, bring them technological subjects, instead of hatred and para-military activity,” Hassan-Nahoum said

If the international community gets on board, Hassan-Nahoum says the impact would be far-reaching.

“There’s no reason that the Arab community should not be part of the prosperity of the start-up nation of Israel and this is what we’re doing here and Jerusalem is the arena where this is going to play out but it’s going to be good for the entire country and hopefully, peace and co-existence in the entire region,” she said.