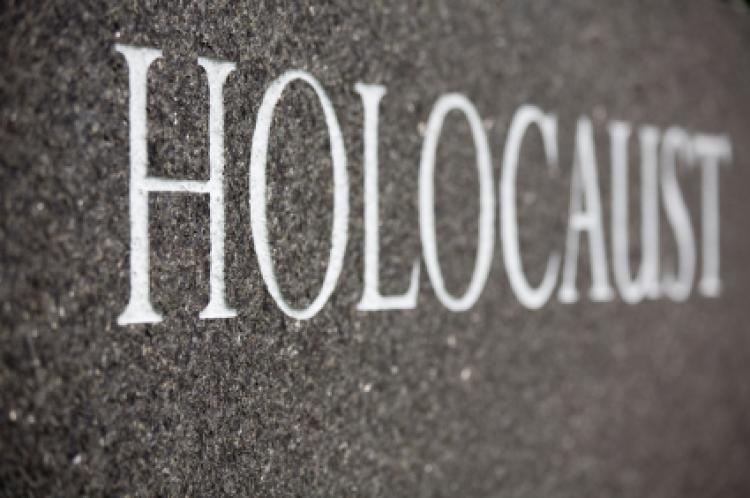 The VIP’s have departed, Jerusalem roads are back to their normal congested state and Israelis are now bracing for inevitable fallout from the “deal of the century.”

In actual fact, we did not have to wait until world leaders departed before the façade and veneer of apparent empathy evaporated and reverted to normal levels of double standards and hypocrisy. It was plainly evident that the strain of exerting a sympathetic narrative for 24 hours was too much for some attendees and therefore everyone except hopelessly mesmerized individuals was not surprised when several unmentionable things hit a multitude of fans.

The German President pulled no punches and freely acknowledged Germany’s guilt. Just as importantly he questioned whether the lessons of the Holocaust have actually been learnt today. Coincidentally and somewhat ironically it was reported that the German Foreign Minister warned of a mass exit of Jews from Germany if antisemitism persists.

The Polish President boycotted the gathering as did the Lithuanian President while the Ukrainian (Jewish) President although in Jerusalem decided to give his ticket to the memorial event to a Holocaust survivor. In actual fact what all three “no shows” had in common was an aversion to appearing with and listening to President Putin of Russia.

Perhaps they had an inkling of what he might say because in the course of his speech he asserted that in many Nazi-occupied countries local “henchmen” and collaborators were far more efficient in murdering Jews than the Germans themselves. In any event, they enthusiastically assisted in the genocidal campaign. This statement caused a storm but there is no denying that Putin was 100% correct. In articulating this politically incorrect and normally unspoken truth he at least cast a spotlight on the sordid record of many European countries during that time.

There are moves afoot in some countries to whitewash the history of that period. What is one to make of the statement by the Polish Director of the Auschwitz Museum who slammed the holding of the World Holocaust Forum in Jerusalem? He basically maintains that Israel has politically hijacked the event and that the only venue is Auschwitz itself. Ignoring the fact that the concentration camp is indeed the venue for the annual commemoration on 27 January he fails and refuses to understand that actually the Capital of a resurrected Jewish nation is the perfect place to hold a Forum on the systematic murder of Jews. The fact that he made this outrageous assertion on the eve of the gathering combined with his President’s boycott is indicative of the way the wind is blowing these days in certain countries.

Condemnation for Jerusalem being the host city was also on the minds of those closer to home. Holocaust denial and revisionism is standard practice for those whom the international community wishes to reward by handing them part of our homeland. Courtesy of PMW read what was published in official PA media. Judge for yourselves whether those who pontificated at the Forum and then embraced Abbas in Ramallah and Bethlehem are facing reality or practising Orwellian doublespeak.

Putin was welcomed by Abbas as a staunch friend and ally. How this squares with professed support for Israel and condemnation of anti-Jew behaviour is anyone’s guess.

Macron after his Gallic outburst against Israeli security personnel trying to protect him also made a pilgrimage to see the PA President for life and presumably also made pledges of undying comradeship.

Why Australia’s Governor-General needed to be mates with Abbas is a mystery. If the Government felt an overwhelming requirement to show some sort of even-handedness visiting a Holocaust denier and promoter of incitement against Jews at the same time as attending a forum dedicated to its memory is highly insensitive.

Prince Charles whose empathy for Holocaust survivors is exemplary and who for many years has spoken out against Judeophobia made a first-ever royal “official” visit to the Jewish State. His speech at the Forum was well received. Unfortunately his subsequent trek to Bethlehem possibly in search of some “wise men” turned out to be a public relations disaster as far as Israelis are concerned. After his audience with Abbas and having been shown the sights of the city, the heir to the throne, no doubt using a Foreign Office supplied script, proclaimed that he was “heartbroken to witness the suffering and hardship endured by Palestinians.” It does not seem to have occurred to him that any suffering and hardship can be directly attributed to the corrupt, non-democratic and rejectionist policies of Abbas and the PA themselves. He should have listened more carefully to the Palestinian Arab Governor of Bethlehem who told the media that love between Muslims and Christians will lead to a normal life in an independent and democratic Palestinian State with Jerusalem as the Capital. He should have noticed that Jews were excluded from any sort of vision and that the ultimate aim is a Jew-free Jerusalem.

The Spanish monarch articulated his genuine desire to learn from the Holocaust. It is therefore mind-boggling that a few days after the Forum the Spanish State Prosecutor is quoted as claiming that “incitement against Nazis can be considered a hate crime.”

Without a doubt the commemorations in Jerusalem, Auschwitz and elsewhere were important reminders for a wider public. Whether they represented a unique opportunity to seriously tackle the virus of Jew-hatred or merely afforded many to pontificate remains to be seen.

No sooner was the International Forum concluded than political turmoil recommenced with the PM withdrawing an immunity request from the Knesset and a Trump summons to Washington to hear details of his “deal of the century.” The Palestinian Arab leadership, true to form and consistent with past actions dating back to 1947, rejected the proposed peace plan even before its details were released. Like all previous attempts at brokering a permanent peace this latest effort will be condemned by all and sundry. This time around however major developments concerning boundaries and territory may ensue which will impact future developments.

Watch this space for further comments after the dust and sound and fury have subsided.