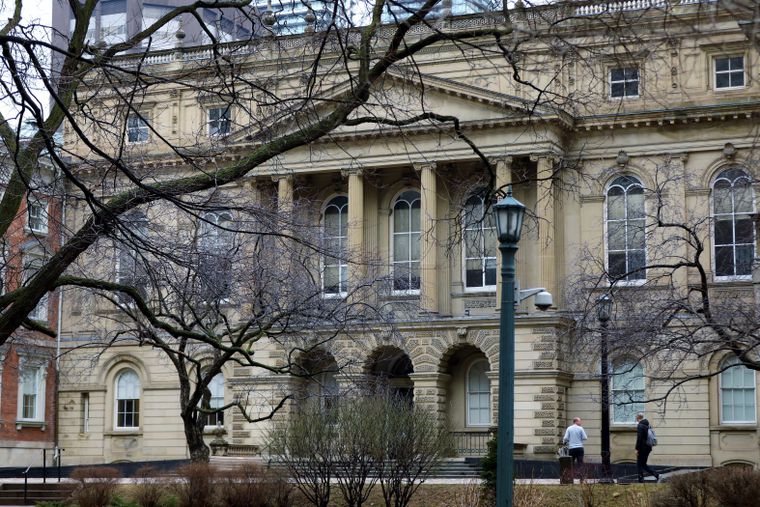 The wife of a notorious Palestinian terrorist who attacked an Israeli airliner has lost out on her bid to collect on her late husband’s life insurance because he failed to mention his unsavoury past when he took out the policy in 1987.

In overturning a lower court decision, the Ontario Court of Appeal ruled against Fadia Khalil Mohammad given the important omission on his original application.

“It is a principle of long standing that an applicant for insurance has an obligation to reveal to the insurer any information that is material to the application,” the Appeal Court ruled. “The deceased knew that his past activities were relevant.”

Mahmoud Mohammad Issa Mohammad, a member of the Popular Front for the Liberation of Palestine, made international headlines in 1968 when he and an accomplice attacked an El Al commercial aircraft at the airport in Athens. They threw grenades and fired live rounds, killing one person and destroying the plane.

Mohammad was convicted in Greece of manslaughter and other offences but released after a hostage negotiation when other front members stormed another plane. He moved to Lebanon and then, under an alias, to Canada in 1987 and settled in Brantford, Ont.

After a publicized battle with immigration authorities, he was deported to Lebanon in 2013 and died from cancer in 2015. His wife, as sole beneficiary, sought to collect on the $75,000 policy issued decades earlier by the Manufacturers Life Insurance Company.

When he applied for the policy, Mohammad said he had just moved to Canada from Spain and provided a social insurance number, court records show. The application, however, did not ask about his citizenship or residency status, or any convictions. He made no mention of his nefarious past.

Khalil argued successfully before Superior Court last May that she should get the money. Justice Shaun O’Brien ruled that her late husband had not misrepresented his immigration status or failed to provide significant information about himself, because the insurance company had simply not asked those questions on the application form.

Manufacturers appealed, arguing O’Brien was wrong. The company maintained that Mohammad’s failure to disclose material facts had voided the policy. It relied on a clause that stated the company required “complete and accurate answers” and that it could deny a claim if any answers were wrong.

The Appeal Court agreed with Manufacturers, pointing out that insurance legislation requires applicants to disclose all facts material to the insurance.

“The past actions of the deceased were material to the risk that he posed for the purpose of having his life insured,” the Appeal Court found. “There is no suggestion that (Manufacturers) ought to have known that the information related to the deceased’s past existed, and therefore cannot be faulted for not having inquired into it.”

The higher court noted that shortly after applying for the insurance, Mohammad himself argued his life would be in danger if deported to Israel. The upshot, the court said, was that he had intentionally hidden his past activities from Manufacturers, just as he had done with the federal government when came to Canada.

“Our conclusion that the deceased intentionally withheld this information is sufficient to establish fraud,” the Appeal Court said.