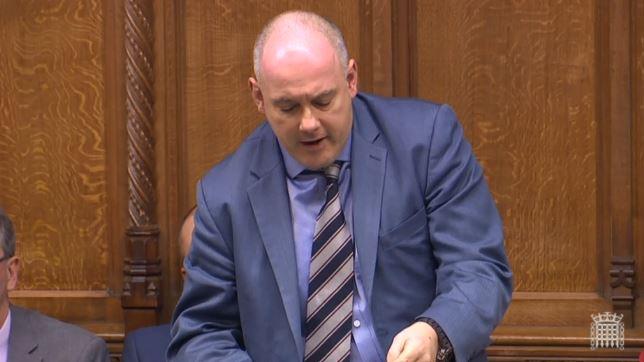 Conservative Robert Halfon has said he fears children in Palestinian Authority schools are being taught that it “is honourable to commit violent acts against Israelis.”

Speaking in the House of Commons, the Jewish MP raised the issue of UK aid money paying for the salaries of teachers in PA schools, saying at least 31 of these were named after terrorists who killed innocent citizens.

Mr Halfon added: “Instead of prolonging the conflict by supporting such rhetoric, we must do more to press the Palestinians to stop glorifying terrorists and to use our aid as it is meant to be used.”

Responding for the government, Dr Andrew Murrison, Minister of State, Department for International Development, said: “We are clear with the Palestinian Authority on how we expect UK aid to be spent.

“Last week, I had a further meeting with the Palestinian Authority Education Minister, Professor Awartani, following our meeting in Ramallah last year.

“He expressed his commitment to the EU’s review of teaching materials, as well as to the PA’s own review, which will be available before the start of the academic year.

“Education means hope, and we need to be careful about removing hope from the OPTs, because hope is what is preventing people from falling into the arms of those with mischievous intent for the future of that part of the world.”

Explaining what steps the UK was taking to ensure the PA works to build peace with Israel, Dr Murrison said “the UK is committed to making progress towards a negotiated two-state solution.

“Meanwhile, UK aid to Palestinians helps to meet immediate needs, deliver key services and promote economic development. It supports stability in the development of a capable and accountable Palestinian Authority who can act as an effective partner for peace with Israel.”

DfID said UK aid was helping to provide quality education for children in the West Bank, including by paying the salaries of specially vetted teachers.

The department disputed reports that UK aid funds the writing or provision of textbooks by the PA and claims everything given to the PA is subject to safeguards to ensure aid is used for its intended purpose.