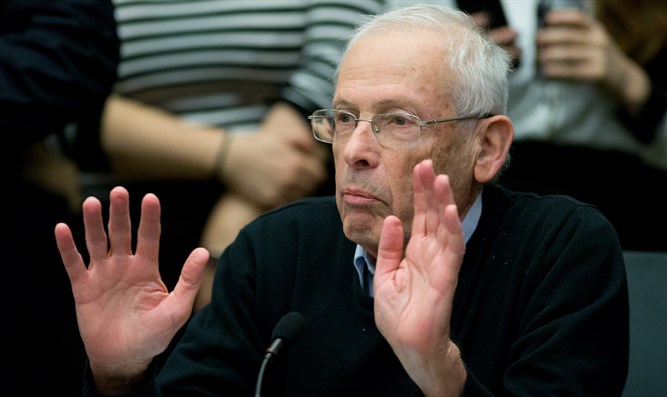 Former Minister and Likud figure Benny Begin on Sunday strongly opposed the idea that the government would officially approve the Deal of the Century introduced last week by U.S. President Donald Trump.

In an interview with Reshet Bet, Begin said, “It is an interesting document but it is not a plan. The Americans also call this document a ‘vision’, also the maps that it contains are called envisioned maps.”

“Of course, this document cannot actually be realized and therefore it should be viewed as an update on American policy in our region. It bears a certain import, but care must be taken to leave it at that,” he noted.

Begin explained, “This is an American document, it does not have to and should not be adopted as an Israeli plan. It is a stupid idea. Because of the very negative elements that exist in this plan.”

When Begin was asked to clarify what he considered wrong in the Deal of the Century, he noted the intention to apply “Arab sovereignty in the regions of our homeland west of the Jordan.”

“I can tell you that before the Bar-Ilan speech, and after the speech I was asked about my position on the possibility of adopting the speech in the Knesset and in the government, I immediately dismissed it and I think that this was at least a partial contribution to the fact that the speech was not adopted by the government and was not raised in the Knesset. It didn’t happen and it cannot happen in the future,” Begin said.

Among the negative elements of the plan, Begin also noted that “in order to obtain the desired area for the Arab sovereignty referred to as a Palestinian state in the document, they intend to double, roughly, the area of ​​the Gaza Strip. They give away parts of the Negev for this matter, which is fundamentally invalid.”

Begin added, “Enclaves of Jewish communities within an Arab area are unacceptable, as is the mere raising of the possibility of annexation of ten Arab communities, including, according to my account, two hundred and fifty thousand people, into a Palestinian sovereign state. It is forbidden to force such a solution on them.”

Begin also made it clear, on the other hand, that the green light for applying sovereignty is not a reason for him to cease his opposition to the plan. “I never thought there was a rush in applying the law to additional parts of Judea and Samaria. It’s not like the messiah’s here.”