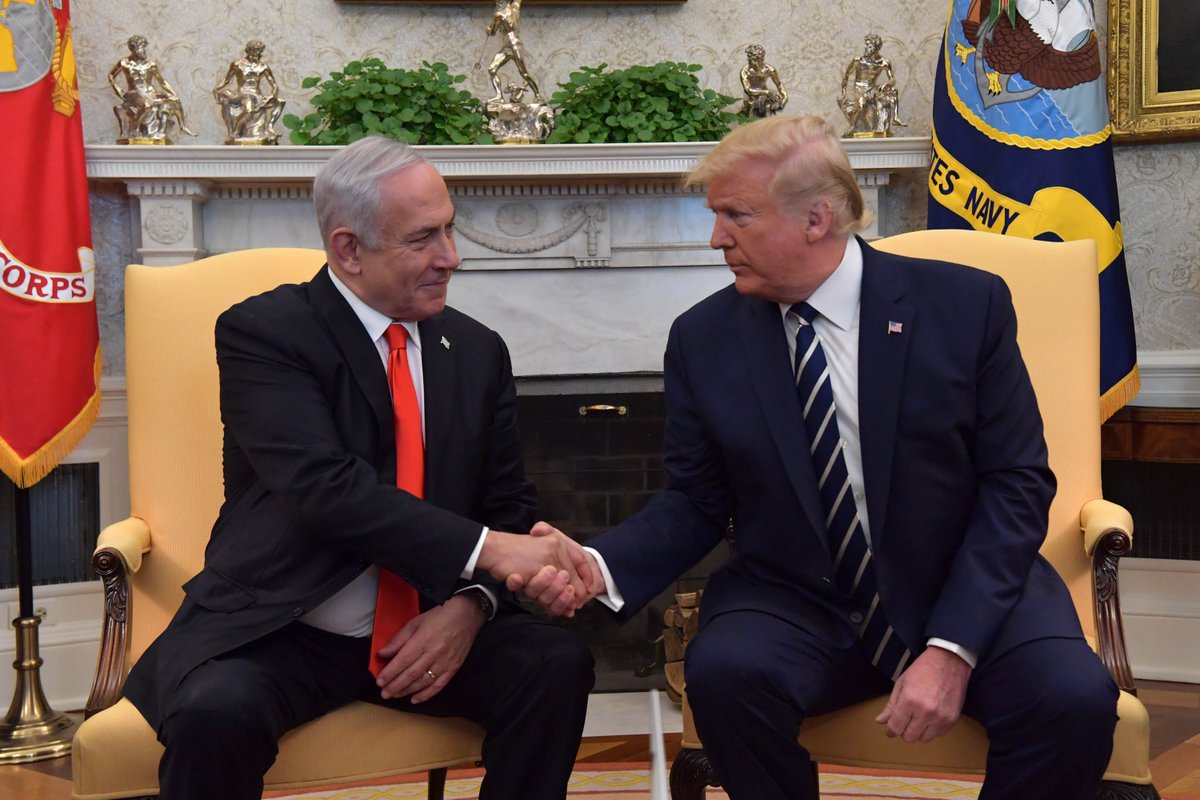 The quote “beware of Greeks bearing gifts” came to mind as President Trump’s “deal of the century” was unveiled amidst much pomp and ceremony.

This time however it was not Greeks offering up a Trojan horse but rather Americans keen to seal a deal which would once and for all cause peace and brotherhood to arrive on the wings of eternal hope.

The fact is that as far as the Arab and Islamic world is concerned this “deal” was dead even before its birth. Now that the details have been revealed those who rejected it prior to its arrival are even more vociferous in their opposition to it. This was always going to be a mission impossible because the track record of our intended peace partners is a long, torturous and violent succession of rejectionist terror. There have been at least thirteen previous occasions when opportunities to create an Arab/Palestinian State have been spurned by those whose dream is to destroy the only Jewish one.

In 1937, 1939, 1947, 1967,1978,1991,1993, 2000, 2001, 2002, 2003, 2007, 2010 and now in 2020 all proposals for peace, Arab statehood and acceptance of a Jewish presence have been contemptuously consigned to the garbage bin of history. In 1967 after the Six-Day War the Arab and Islamic nations gathered in Khartoum issued their infamous THREE NO’s: NO to peace with Israel; NO to recognition of Israel; NO to negotiations with Israel. Now in 2020 the President for life of the corrupt PA and a serial inciter in his own right has decided that three negatives are not enough. He has therefore proclaimed that he and his disciples’ answers to this latest attempt at conflict resolution is a thousand NO’s.

The blanket condemnation of Trump’s plan by the Arab League and Conference of Islamic Nations is no surprise if one analyzes past and current rhetoric. Having fed the masses decades of lies and conspiracy theories it is now almost impossible to accept the reality that Israel is here to stay. Brainwashing your citizens with Zionist plots of all types, denying any sort of Jewish legitimacy and educating the next generation to reject any sort of co-existence means that automatic refusal to consider any sort of accommodation is a given.

That is the trouble the Hashemite Monarch in Jordan faces. His subjects, over 70% of whom are Palestinian Arabs, demand the cancellation of all agreements with Israel. He has a dilemma because his very safety and that of his artificially British created Kingdom relies on Israeli & USA guarantees. Thus he blows hot and cold trying to appease all sides. At the end of the day however, this “guardian” of Islamic and Christian holy sites will have to face the harsh reality that sooner or later his country will inevitably become the eventual Palestinian State.

If one looks carefully at the conditions set out in this “deal” it is abundantly clear that no Palestinian Arab State will be created in our lifetime. Unlike all other previous proposals, this time around critical criteria need to be met. These include recognition of Israel as the Jewish State, cessation of hate education and incitement, giving up the lie that Jerusalem is solely Islamic, a complete halt to rewarding terrorists and their families for murdering Israelis, the disarming of Hamas and complete demilitarization. In all previous plans these “sensitive” subjects were deliberately ignored. Instead, Israel was expected to make gestures and pin its hopes for survival on vague pieces of paper “backed up” by a duplicitous international community and naïve American politicians. These same past failed negotiators and peddlers of tainted goods, including Israelis, Europeans and Americans, have once again burst into life with condemnation of the first and only “deal” which guarantees disarming terrorists and their promoters.

This is precisely why Iran as the chief sponsor of terror groups dedicated to the elimination of Israel plus the other Arab and Islamic members of the choir have joined the chorus of a thousand no’s. They are all praying and hoping that Trump will fall and that come November an American Administration more attuned to their agenda will take over.

Every time the Arabs have rejected a peace plan they have ended up worse off. This time around their knee jerk reactions will have the same result. Although there are certain aspects of Trump’s “deal” which are questionable from Israel’s point of view the end result will be a consolidation of Israeli sovereignty in our Biblical heartland. It is highly ironic that the plan calls for a 50km tunnel from Gaza to Judea/Samaria when we are exerting all our efforts at present in blowing up tunnels from Gaza which serve as a conduit for the passage of terrorists and weapons. The gifting of land in the Negev and Galilee to Abbas is a non-starter and for many, perhaps a majority, the creation of “Palestine” on 70% of Judea and Samaria is an existential threat, especially as it envisages some Israeli communities as isolated enclaves.

All these details will no doubt be thoroughly thrashed out during this month’s election campaign. Interestingly all except right and left extremists have embraced the Trump “deal” albeit with certain reservations. The violent reactions of Abbas and the PA have already killed off Oslo and will turn off even those Israelis who thought that this time around there might be a chance at achieving something worthwhile. The result of continued terror and violence will only confirm that a Palestinian State is a non-starter. There are still those who believe that all we need to do is agree to commit national suicide. We have however tried that on more than one occasion with disastrous consequences.

At recent demonstrations against the Trump proposals in Jordan, the chants from the masses taking part were: “the Jordanian and Palestinian people are ONE – not TWO!!” This then clearly articulates what is already reality but which is swept under the carpet by politically correct media and politicians. Jordan is obviously Palestine. It is time to plan accordingly.

Those in the PA who have successfully milked and hoodwinked the international community for years will try again to bluster their way out of the latest rejectionist stance. They will undoubtedly have the blind support of a morally deficient EU, UN and other sundry paragons of doublespeak. As long as these groups willingly continue to ignore the root cause of the Israeli/Arab conflict and continue to appease either by silent acquiescence or blatant hypocrisy then there will be no chance that genuine peace can ever break out.

The latest outbursts from Ramallah should disabuse even the biggest optimists from believing that there is any sort of partner to negotiate with. How many times must we be the targets of terror and incitement before we say “enough already”? Courtesy of PMW read these “peace” messages:

After 72 years of restored Jewish independence in the Land promised to us not only at the dawn of our history but also by international treaty at San Remo the time has finally arrived when we need to firmly assert our sovereignty.

Center for Near East Policy Research
85 POSTS0 COMMENTS
© A WEBstationONE.com production, partially funded by the Internet Development Fund and the IDF Link technology. © 2003-2020 All rights reserved. Articles and Special Reports on IsraelBehindTheNews.com are copyrighted. Every reader is welcome to reprint any and all articles, and with citation.
MORE STORIES

News of Terrorism and the Israeli-Palestinian Conflict (June 16 – 22,...

Center for Near East Policy Research - June 24, 2021
There were two terrorist attacks this past week: A Palestinian woman was killed attempting a combined vehicular-ramming and stabbing attack in Hizma, south of Nablus;...