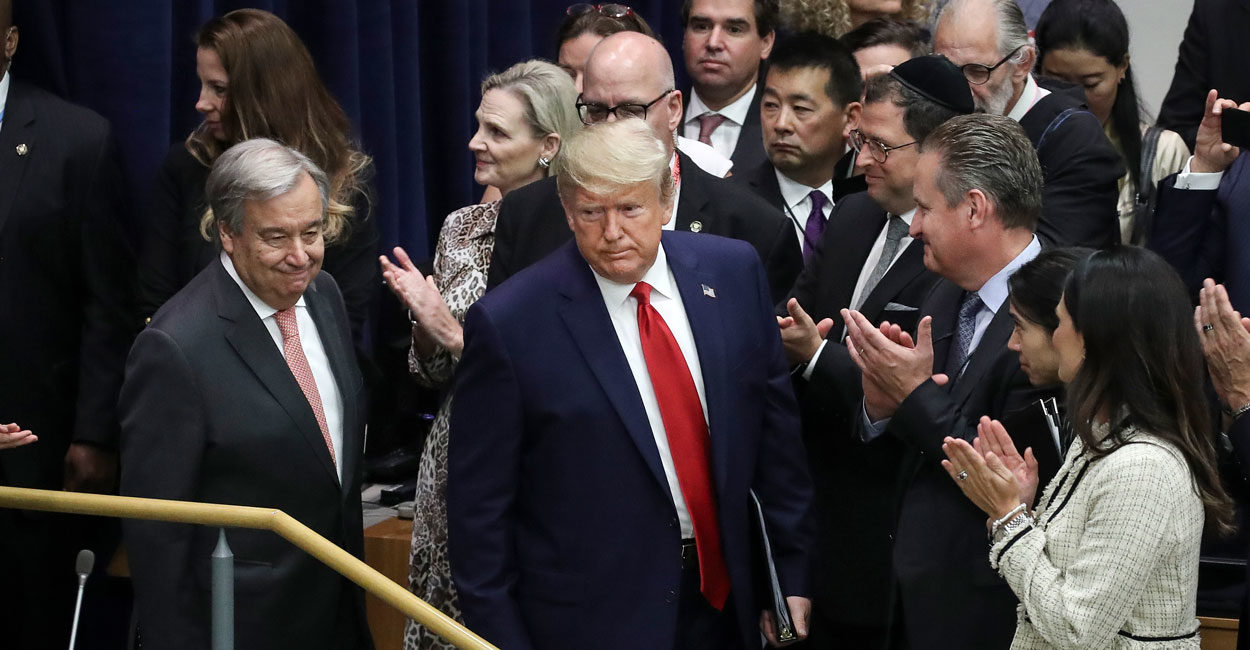 The Trump administration is continuing its curious fixation with rejoining a United Nations “tourism” agency, amid numerous reasons why the move wouldn’t help the U.S. diplomatically or economically.

The State Department’s summary of its budget request for fiscal year 2021, including the U.S. Agency for International Development, contains a bullet point that reads:

Engagement with International Organizations: Promotes U.S. leadership, burden-sharing and institutional accountability in international organizations. This budget fully funds the organizations that are critical to our national security including those that limit the spread of nuclear weapons, combat violent extremism and forge solutions to global threats of armed conflict, hunger, poverty and disease. The budget proposes that the U.S. rejoin the UN World Tourism Organization (UNWTO) to exert U.S. influence and leadership at the organization and engage on UNWTO initiatives that align with U.S. interests.

This budget item reflects an inexplicable Trump administration interest in rejoining the United Nations World Tourism Organization that dates back to last summer.

In these trying times, we must turn to the greatest document in the history of the world to promise freedom and opportunity to its citizens for guidance. Find out more now >>

As we wrote last fall, there are numerous reasons for the United States not to rejoin the U.N. tourism agency, including:

2. Other countries have withdrawn recently after concluding that the UNWTO is poor value for the money. Australia, for instance, withdrew from the World Tourism Organization in 2015 after determining that the agency was unresponsive to its needs and increasingly expensive. The United Kingdom withdrew in 2009 after concluding that there were higher priorities for funds spent on the World Tourism Organization, and that international tourism objectives “could be best pursued through a range of other international and regional fora.”

3. The organization lacks oversight and accountability. In 2009, the U.N. Joint Inspection Unit reported: “It should be noted that the Organization does not possess any internal audit, inspection, evaluation, investigation, or monitoring capabilities.” Moreover, unlike other U.N. organizations, the World Tourism Organization is not listed as being audited by current members of the Panel of External Auditors of the United Nations, the Specialized Agencies, and the International Atomic Energy Agency.

4. UNWTO will not help U.S. tourism. The stated reason for the U.S. to be considering rejoining the World Tourism Organization is the belief that it would benefit the U.S. tourism sector or generate U.S. jobs. Unfortunately, there’s very little evidence to support that conclusion. The World Tourism Organization focuses on publishing tourism statistics, tourism studies, and promoting various policy priorities such as sustainable development and tourism, climate change and tourism, and gender and tourism. It’s not a travel agency, nor does it promote tourism to specific countries or destinations. Asking it to assume those tasks would involve a significant increase in budget and staff beyond its total revenues of roughly $20 million and 87 employees in 2017.

5. UNWTO does not support U.S. policy. The World Tourism Organization has strongly condemned President Donald Trump’s visa policy and decision to restore travel restrictions on Cuba. In contrast to the condemnations of U.S. policy, World Tourism Organization Secretary-General Zurab Pololikashvili stated during a 2018 visit to Iran that his goal was to “help Iran become more powerful” and reportedly vowed to “help boost Iran’s tourism despite U.S. sanctions.”

This budgetary approach—adjusting U.S. contributions to maximize the benefits to the nation and U.S. interests—is laudable.

This only serves to underscore the mystery of why the administration wants to invest U.S. taxpayer dollars in an organization that provides poor value for money, has deficient oversight, will not directly benefit U.S. tourism, and sees Trump administration policies as more worthy of criticism than those of Iran.