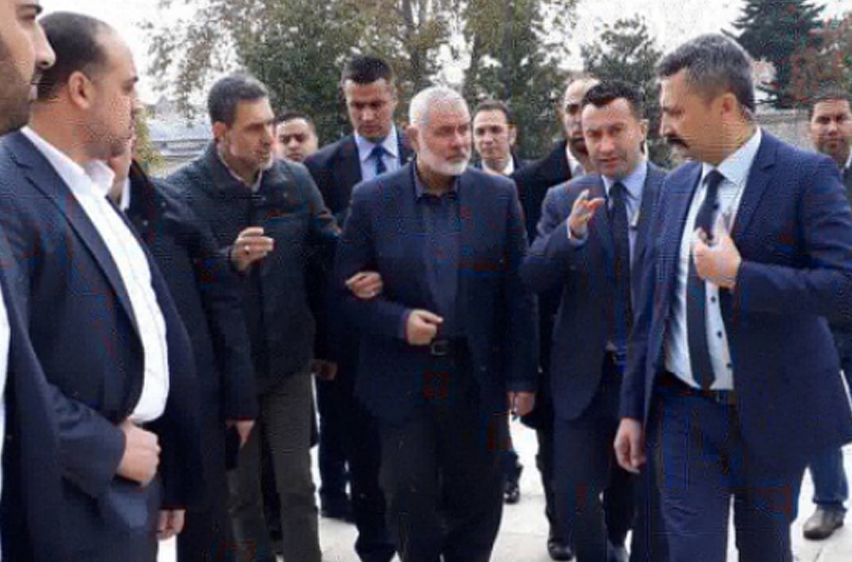 A Hamas delegation headed by Isma’il Haniyeh, head of Hamas’ political bureau, recently paid a visit to Turkey. The delegation was accompanied by Jihad Yaghmour, who for the first was officially mentioned as Hamas’ representative in Turkey. Yaghmour is a Hamas terrorist operative from Beit Hanina in east Jerusalem who was involved in the abduction of IDF soldier Nahshon Waxman 1994. He was sentenced to life imprisonment in Israel but was deported to Turkey in the Gilad Shalit prisoner exchange deal. In Turkey he liaises between Hamas and the Turkish government and the Turkish National Intelligence Organization (MIT). At the same time, in ITIC assessment, he has also been involved in covert activities, mainly the handling of terrorist squads in Judea and Samaria. In Hamas’ perspective, his past experience as a field operative may have prepared him for the role of terrorist handler. As Yaghmour’s cover for his activities in Turkey he is president of a Turkish organization called the Association of Jerusalem and Our History.