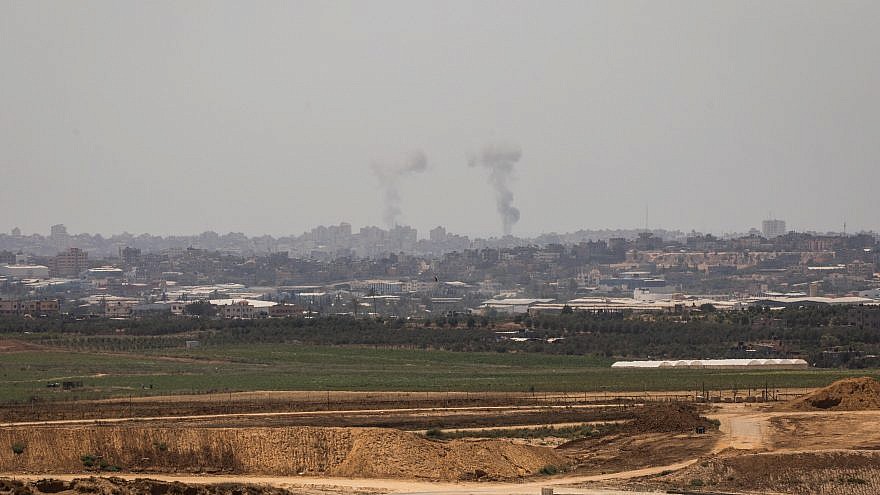 On February 23 and 24, 2020, there was another significant round of escalation in the Gaza Strip,1 the tenth since the beginning of the return marches (March 30, 2018). It was instigated by the Palestinian Islamic Jihad (PIJ) in retaliation for the IDF’s killing of one of its operatives who was placing an IED near the border security fence and the subsequent removal of his body with an IDF bulldozer. During the round of escalation 113 rocket and mortar shells were fired at the Israeli communities near the Gaza Strip and at the southern Israeli cities of Sderot and Ashqelon. In response the IDF attacked PIJ terrorist targets in the Gaza Strip and Syria. Two PIJ operatives were killed in the attack near Damascus; no operatives were killed in the attacks on the Gaza Strip. Near midnight on February 24, 2020, the PIJ announced it had completed its retaliation for the death of its operatives. When the rocket fire ceased the IDF stopped attacking in the Gaza Strip.