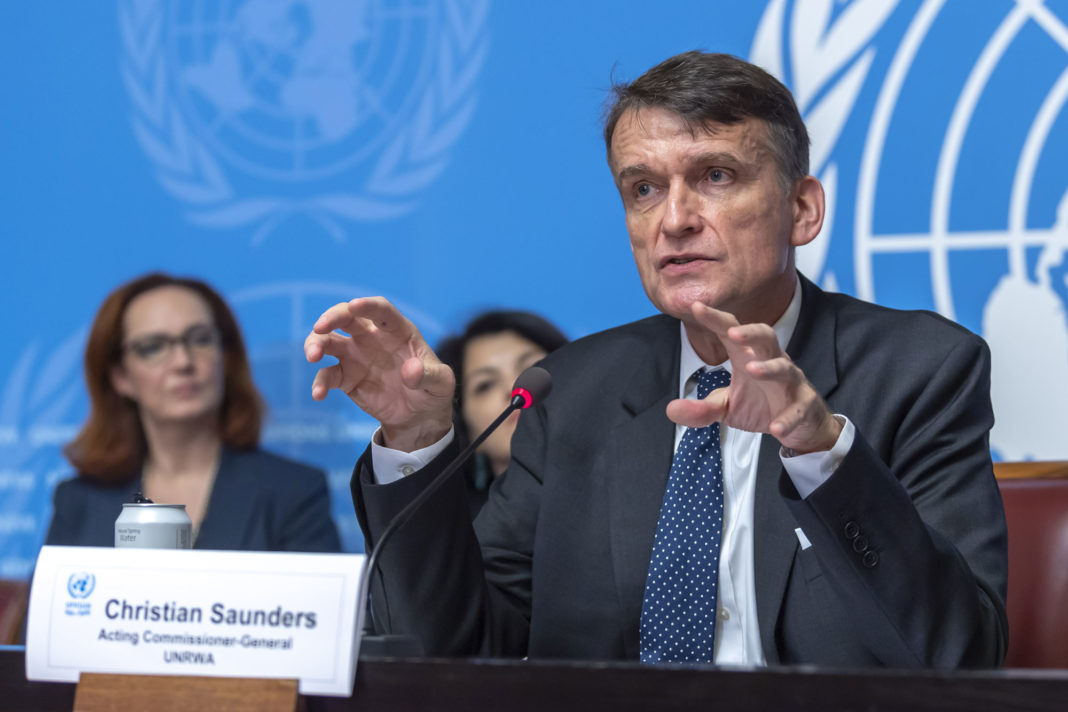 When US President Donald Trump unveiled his long-awaited Israeli-Palestinian peace plan, foreign policy pundits were quick to declare it dead on arrival. Like it or not, the roadmap shines a much-needed light on the self-perpetuating Palestinian refugee issue embodied in UNRWA, the United Nations Relief and Works Agency for Palestine Refugees in the Near East.

UNRWA encourages maximalist Palestinian demands and is, in its current form, a major stumbling block to peace. The agency shouldn’t be dismantled without a viable alternative in place. But the EU, its biggest donor and a declared proponent of a two-state solution, has it in its hands the ability to initiate reform and use its influence on Palestinian Authority President Mahmoud Abbas to return to the negotiating table. What better moment for this than the upcoming Brussels gathering of the Ad Hoc Liaison Committee, the donor-coordination body for the Palestinians.

Created in 1949 in the wake of Israel’s defensive War of Independence, UNRWA initially provided relief to the 750,000 Palestinian refugees. Meanwhile, the world’s other 26 million refugees are today under the auspices of the UN High Commissioner for Refugees (UNHCR). Created in 1950, UNHCR often re-settles refugees when they cannot return to their home country. By that standard, UNRWA’S 70-year history is a singular failure, with today a staggering 5.4 million so-called refugees on its books in Gaza, the West Bank, Lebanon, and Syria. After all, unlike the UNHCR, UNRWA’s mandate uniquely passes refugee status on to all descendants, ad infinitum, and even includes beneficiaries who have acquired citizenship in their countries of residence.

The cascading refugee issue feeds the illusion of a Palestinian ‘right of return’ to Israel proper. It also keeps Palestinians unfairly in an eternal state of limbo. Absurdly, even 2.3 million inhabitants of the West Bank and Gaza qualify for UNRWA services. That’s nearly half the population of the self-proclaimed ‘State of Palestine’. According to James Lindsay, formerly of UNRWA’s general counsel, only around half a million Palestinians would today be refugees under UNHCR rules.

As Swiss Foreign Minister Ignacio Cassis aptly said in 2018: “By supporting UNRWA, we are keeping the conflict alive.” Switzerland’s clear-eyed assessment is unfortunately sorely missing in the halls of the EU.

Israel, for its part, delivered long ago on its side of the refugee question. After miraculously defeating an overwhelming enemy in 1949, the country took in most of the 850,000 Jewish refugees from Arab countries who were dispossessed and expelled at gunpoint from their homes, all but erasing two millennia of Jewish life in the Arab world. In the course of a couple of years, Israel’s population nearly doubled.

Unlike the fate of Palestinian refugees, considered one of the conflict’s ‘core issues’, the oft-neglected plight of Jewish refugees is a non-issue. The nascent Jewish state’s feat of settling those refugees is simply understood to be a given. While Palestinian refugees are still used as pawns to pressure Jerusalem, Jews from Arab countries have thrived in Israel’s democratic patchwork.

UNRWA’s mandate is squarely at odds with the EU’s goal of a two-state solution. If the EU wishes to be a ‘player’, it must end its cognitive dissonance and finally tackle the Palestinian refugee issue at the root. Europe is already a ‘payer’ to the tune of some €1.4 billion between 2016 and 2018 and forms together with Western countries a majority in the body’s advisory commission. Since the US in 2018 defunded UNRWA over of its anti-Israel bias, the EU became the largest donor with considerable clout in shaping the troubled body’s future.

What’s more, European leaders can press Arab countries to take more responsibility. It’s one thing to show sympathy at the UN for their Palestinian brethren, but when it comes to footing the UNRWA bills and working to end refugee dependence, some are conspicuously absent.

Aside from UNRWA’s problematic mandate and last year’s corruption scandal, the refugee agency has become a political agent. Not surprisingly, UNRWA’s senior leadership hasn’t always complied with the neutrality standards. Then-UNRWA chief Peter Hansen freely admitted in 2004 that members of the EU-designated terror group Hamas are on the agency’s payroll. Hansen then added, “I don’t see that as a crime.”

As a result of UNRWA’s politicisation against the Jewish state, antisemitic incitement in its schools abound. In 2015, one teacher reportedly stated in public that “the Zionists and the Jews are sons of monkeys and pigs.” Examples like this show that the EU should prioritise fighting antisemitism in its external policy, as it has already done at home. There’s even precedent for action to counter such incitement in European-funded schools.

In 2018, Belgium cut ties with the Palestinian education ministry after Ramallah named a school after a terrorist.

Being an honest broker sometimes means breaking bad news. Europe should therefore begin an honest conversation about UNRWA. Promisingly, the EU hinted in 2018 that the agency needed a “transformative process.” In the same breath, however, it regularly underlines the refugees’ ‘rights’, which is understood in Ramallah as the ‘right of return.’ As long as millions of Palestinians have reason to cling to the UN-sanctioned unrealistic hope for a ‘right of return,’ peace will remain elusive.

If the EU is keen on carving out a diplomatic role in solving this conflict, it needs to end its ambiguity on UNRWA, whether by initiating reform or using its financial support for the agency as leverage to press the Palestinian leadership to return to bilateral negotiations with Israel. The Palestinian refugee problem will only be resolved in the context of a comprehensive, sustainable Israel-Palestinian peace agreement. But that will require President Abbas returning to the negotiating table.