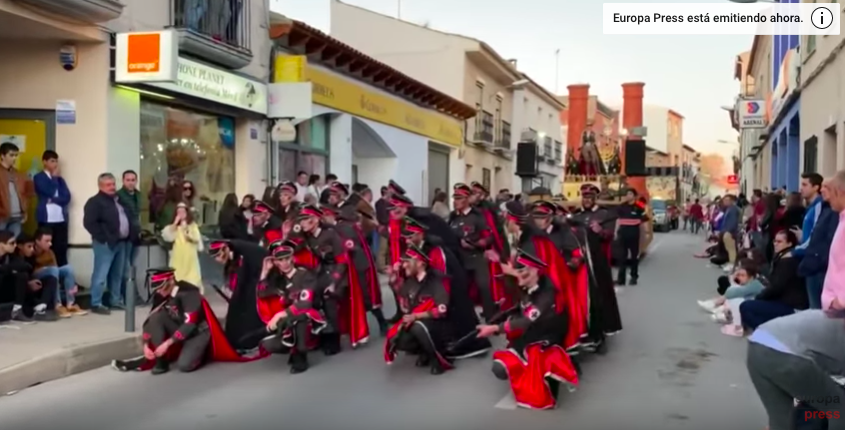 As we prepare to celebrate Purim, Jewish communities worldwide are once again confronted by the same challenges which the Jews of ancient Persia faced.

Only someone completely devoid of any sense of history will fail to recognize the similarities. Unfortunately, the same practitioners of denial are still alive and kicking in 2020.

At the time the story of Purim unfolded the Jews of the Persian Empire were settled comfortably in their respective communities, supremely comfortable in assimilating into the majority culture and blissfully unaware of the dangers lurking beneath the thin veneer of normality. As their exile from Judea lengthened, connections to the ancient homeland weakened. Powerless and defenceless the Jews of the Persian Empire were completely at the mercy of the monarch and his advisers.

With the advent of a Jew-hating Chief Minister manipulating a weak Monarch the stage was set for a catastrophic end to Jewish life. The fact that it only took Haman a couple of short sentences to convince the King that Jews were deceitful speaks volumes about the prevailing atmosphere: “There is a certain people, scattered and dispersed among the other peoples in all the provinces of your realm, whose laws are different from those of any other people and who do not obey the king’s laws; and it is not in Your Majesty’s interest to tolerate them.   If it please Your Majesty, let an edict be drawn for their destruction…”

This is the paradigm for all future anti-Jewish pogroms, massacres and genocides. At the time and subsequently, it provides a rude awakening to the realities of Diaspora precariousness and of how rapidly conditions can change. Once the masks of tolerance were removed the real faces of hate, incitement and malevolence were revealed. It was only thanks to fortuitous subsequent events that a strong Jewish leader managed with Divine assistance to avert the evil decrees and reverse the plotted genocide.

An interesting side effect and one worth noting was the eventual forceful response of the Jews to the planned massacres. Granted they were given royal sanction to defend themselves but it is noteworthy that once they recovered from their initial inertia they took practical steps to make sure that the intended perpetrators received the punishment they deserved.

What lessons should we learn today?

As we celebrate it is important to sober up and realize that the same dangers which threatened the Jews of Persia way back then continue to face all of us again.

First and foremost is an induced sense of false security and belief that the bad times are in the past and cannot be repeated. It is sobering to remember that immediately prior to Purim we are instructed to recall what the ancient Amalekites did to our ancestors as they made their way from Egyptian servitude to freedom in the Promised Land. We are reminded again at Pesach that in every generation there are those who rise up to harm us. Despite these clear and unambiguous warnings far too many still prefer to hallucinate that “it cannot happen again.”

Most enlightened countries these days have extended full civil rights to their Jewish citizens. This has enabled Jews to fully participate in political activities and in some circumstances even aim for leadership roles. Like Joseph and Mordechai before them, they bask in the momentary glory of having achieved the impossible dream. However in many cases, unlike their ancient predecessors, the connection to their Faith and collective history is tenuous and often submerged. This usually means that such individuals lean over backwards in order to be seen as unencumbered by any suspicion of partiality as far as Israel or Jews are concerned. At the end of the day however when a scapegoat is needed it is easily found. Any positive achievements are soon forgotten and blame for any failures inevitably fall collectively on all Jews. In other words, although aspiring Jewish politicians have every right to seek the highest offices in the land they need to realize that in doing so they inevitably let loose the genie of Judeophobia. Sometimes this can be successfully shrugged off but unfortunately too many times in our long history we have seen how nations have succumbed and Jews have suffered collateral damage.

By a strange coincidence and just in time for Purim we have watched with open-mouthed amazement as carnival celebrations featuring the vilest anti-Jewish themes have taken place in different places. Ostensibly as part of Christian pre-Lenten traditions these ancient manifestations of Jew-hatred have now become a popular resurgent part of certain societies’ events. Not too many years ago Easter commemorations in Europe were marked by pogroms, blood libels, expulsions and explosions of intolerance against vulnerable Jewish communities. Following the Vatican’s belated but nevertheless welcome acknowledgement that ancient libels were no longer infallible doctrine we all believed and hoped that the days of demonization would be once and for all relegated to the dustbin of the dark ages.

Like the coronavirus, however, the anti-Jewish plague was merely in minor remission and has now resurfaced in a mutated form. Anti Israel demonstrations, boycotts and delegitimization have become normal facets of our daily lives these days but now we are witnessing this morphing into Holocaust so-called “humour” and the return of stereotyping images. Thus, recently in Belgium, Brazil and Spain carnival floats were seen depicting grotesque images of Jews sitting on bags of money and dressed in such a way that nobody watching could fail to get the message. In addition, some were depicted as creatures which hark back to the Nazi ideology of labelling Jews as vermin targeted for eradication.

As though that was not bad enough the Spanish carnival floats featured Nazi uniforms, yellow badges and worst of all replicas of gas chambers. When challenged the organizers unbelievably claimed that it was intended to be “a tribute to the victims.” The Belgian parade had originally been awarded UNESCO status but after last year’s uproar, this was retracted. Nevertheless, the organizers refused to ban the offensive floats and therefore this year the show carried on with even more disgusting depictions.

Two important lessons should be noted.

Political leaders at the national level expressed their revulsion but their rhetoric contrasted with their inaction. In other words, once again weasel words triumphed over courageous deeds and no doubt those planning next year’s pre-Lenten carnivals took note of this doublespeak.

Just as bad were the pareve reactions of the local Jewish leadership.

A Belgian Jewish MP said that he could not see anything wrong with the way Jews were portrayed in effect implying it was all good clean fun. Incidentally, Belgium is in the forefront of condemning Israel at the UN and the EU. A Brazilian community spokesperson likewise downplayed the seriousness of the situation. In other words, don’t rock the boat and keep a low profile, tactics which have never worked.

The celebration of Purim this year must be a wake-up call. As we celebrate we need to keep in mind that the same prejudices still exist.

Have we learnt the lessons of the past?