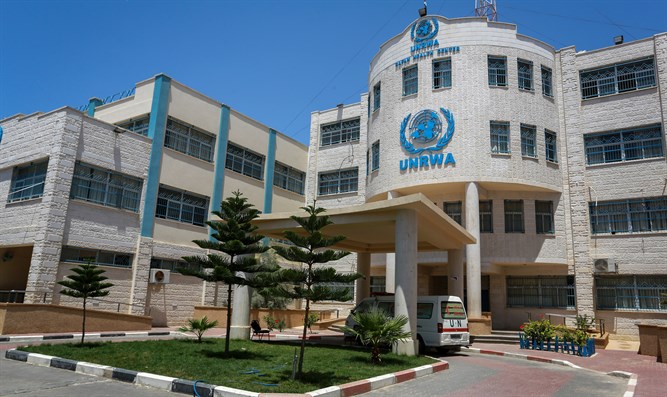 The United Nations Secretary-General António Guterres announced the appointment of Philippe Lazzarini of Switzerland to be the new head of the United Nations Relief and Works Agency for Palestine Refugees in the Near East (UNRWA). Upon hearing that the head was going to be from Switzerland and not England which is forever anti-Israel, one had a moment to be hopeful that the tainted agency that prevents peace in the Israeli-Arab conflict might have a chance of reform.

Lazzarini had been the Deputy Special Coordinator for Lebanon and before that served in a similar capacity in Somalia, as well as a decade at the International Committee of the Red Cross (ICRC). His work often focused on “humanitarian assistance and international coordination in conflict and post-conflict areas,” so there was hope that the U.N. was making an active step to turn UNRWA into an organization of humanitarian assistance and not a political instrument to attack Israel.

Reading about Lazzarini’s work in Somalia gave a person a measure of hope. He said that “it is important to bear in mind that the humanitarian agenda will not be subordinated to political decisions,” an important point to make to gain support of people on the ground and to be effective and supporting people in need.

But that is seemingly only his concern in Somalia.

In September 2009, Lazzarini wrote a scathing peace about Gaza and the West Bank called “Putting dignity at the heart of the humanitarian crisis in the occupied Palestinian territory.” It showed a complete deafness to the history of the region and to his own recommendations in Somalia of keeping politics out of his work.

Regarding the first “intifada” which killed hundreds of civilians in Israel between 1987 and 1993, Lazzarini wrote

“Although that period was violent, with daily mass demonstrations, confrontations,
arrests and casualties, it was at least possible to dream of a better future.”

No mention of brutal killings, bombings or the slaughter of civilians. Just optimism.

He would continue that the situation at the time he wrote (2009) was worse, as there was little cause to be hopeful.

“The current crisis in Gaza was triggered by the Hamas takeover of the Gaza Strip in June 2007 and the unprecedented blockade imposed by Israel.”

Nowhere in the nearly 2,000-word article did Lazzarini mention that Hamas is recognized as a terrorist group by a dozen countries and sworn to the destruction of Israel. As such, the blockade appeared unjustified. He would keep his audience in the dark in writing about Operation Cast Lead of December 2008 – January 2009:

“The bulk of the 1,383 fatalities were civilians not involved in the fighting, including over 330 children. Tens of thousands were injured or traumatised. Enduring three weeks of daily bombardment from land, sea and air, the population had nowhere to seek refuge: borders were sealed and safe havens non-existent since even UN premises and schools, where civilians had taken shelter, were hit by direct shelling.”

Lazzarini failed to note that Israel launched the operation to stop the constant missile attacks coming from Gaza and to destroy hundreds of tunnels which Hamas used to bring in weaponry. He also did not mention that Israel allowed the flow of humanitarian goods throughout the conflict.

Regarding U.N. schools being safe havens, the question is safety for who? Just before Operation Cast Lead, Israel killed the principal of one of those UN schools, Awad al-Qiq, who built rockets for Islamic Jihad to fire into Israeli schools and playgrounds.

“Locked in by a medieval siege whose enforcers decide what items will be allowed in and what people will eat, Gaza has become a ‘humanitarian welfare society’ supported by the international community.”

The author of the Goldstone Report, Richard Goldstone said unequivocally, that “Israel, like any other sovereign nation, has the right and obligation to defend itself and its citizens against attacks from abroad and within.” The “medieval” behavior is by the antisemites who seek to kill Jews, not by those seeking to defend themselves.

Lazzarini then went on to blame Palestinian Arab child and spousal abuse on Israel:

“Women and children in particular are paying a high price, as shown by a recent UN survey revealing an increase in the prevalence of domestic and gender-based violence. Possible factors behind the increase in domestic violence include the
unprecedented levels of trauma and stress that emerged after the conflict.”

The obsession for blaming Israel for the situation continued, as did false political aspersions that “East Jerusalem” is “Occupied Palestinian Territory.” Firstly, East Jerusalem doesn’t exist, it was a 19-year blip in the city’s 4,000-year history and an artifice of war. Secondly, Jerusalem was NEVER designed to be Palestinian: not in the British Mandate; not in the 1947 U.N. resolution to divide the land for two peoples; not in the post-1948/9 war which saw the Jordanians illegally annex the city; not in the post-1967 war after Jordan attacked Israel and lost the eastern half of the city; and not in the Oslo Accords of 1993 and 1995, the last agreements signed by the Israelis and Palestinian Authority.

Lazzarini concludes his article with a notion that has proven untrue:

“Poverty, isolation and humiliation are recipes for extremism. ‘Unlocking’ Gaza by opening its crossing points and freeing up space for Palestinian development in the West Bank are the first steps towards averting a future explosion of violence.”

There is no correlation between poverty and “violence” a/k/a “terrorism.” Palestinians rioted in the 1920’s and 1930’s killing hundreds of Jews without “poverty, isolation and humiliation.” The perpetrators of the 9/11 attacks were from wealthy families.

The Palestinian Arab objection is the presence of Jews and the establishment of the Jewish State as Hamas made clear in its 1988 Charter with statements “Israel, Judaism and Jews challenge Islam and the Moslem people,” and “Israel will exist and will continue to exist until Islam will obliterate it, just as it obliterated others before it.” The Palestinian Arabs voted Hamas to 58% of the parliament in 2006 with this call for a religious war against the Jews.

It was not about “poverty.”

The new head of UNRWA looked at first blush as a man who could turn a terrible agency into a constructive organization solely dedicated to humanitarian assistance. Alas, he has shown that he is another political creature born in the UN swamp who will spare no ink to defend Hamas and berate Israel.

While Palestinians Fire 400 Rockets, the United Nations Meets to Give Them Money

The Parameters of Palestinian Dignity

The Palestinians aren’t “Resorting to Violence”; They are Murdering and Waging War