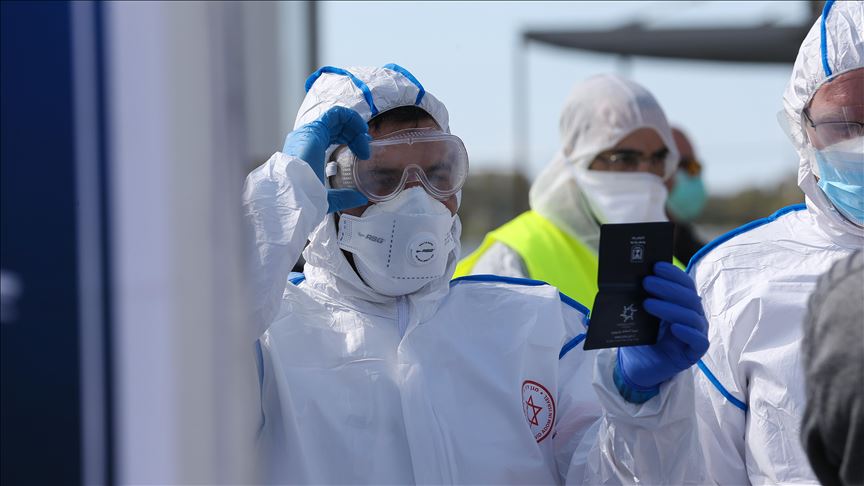 The coronavirus pandemic has produced some amazing and heartwarming moments as health workers and others literally put their lives on the line in an endeavour to combat this plague.

At the same time, unfortunately, there has been an eruption of irresponsible idiocy and moronic behaviour on the part of some individuals, groups and especially politicians in various countries. It can almost be guaranteed that in any given situation there will be those who deliberately flout instructions thereby putting others as well as themselves at risk and enabling a more rapid spread of the virus. Whether it is gross ignorance, blissful disdain for any sort of authority, a false sense of immunity generated by youthful bravado, deliberate desire to cause mayhem and chaos or a naïve belief in some charlatan type protection, the bottom line is that these people put all of us in increased danger.

It is bad enough when individuals and groups indulge in such lunacy but when this latest threat to life is facilitated by those who purport to lead us and ostensibly are supposed to have our interests at heart, the situation is even more dangerous. It not only demonstrates a total disregard for our welfare but exposes a fatal flaw which afflicts far too many engaged in politics these days. Moreover it also seriously erodes the public’s confidence in politicians and confirms what many have suspected for years, namely that those elected representatives who earn fat salaries are more interested in egotistical exercises than protecting the livelihoods and welfare of those who elected them.

It is a sad fact that we are witnessing all these negative and disgusting traits at the same time as we are inspired by the selfless actions of ordinary citizens everywhere. No country or continent is exempt from this phenomenon and regardless of ethnicity or national origin the same pattern emerges.

In an effort to slow down and contain the coronavirus, isolation, quarantine and social distancing measures have been introduced. Many countries have been very slow off the mark and instead of imposing full closures immediately have merely made “suggestions” which it was naively hoped would make citizens fall into line. This was always going to be a lost cause. For the reasons previously enumerated, human misbehaviour was guaranteed to sabotage this approach and thus it inevitably proved. Scenes of carefree Australians and tourists crowding Bondi Beach and ignoring social distancing instructions went viral and elicited responses ranging from open-mouthed incredulity to jaw-dropping amazement that such moronic herd lunacy was possible. Not long after, the media reported that the authorities were shocked at such blatant disregard of Government suggestions. Common sense should have forewarned State and Federal authorities that nothing short of a compulsory lockdown would have worked.

In a similar vein as soon as it was belatedly announced in the UK, Australia and New Zealand that closures of pubs, nightclubs and restaurants was an imminent possibility, masses of people crowded into these places in order to “have a final fling” as participants described it. As a result of this unbelievable irresponsibility there could very well be a final fling for many of the revellers. Not only them but also all the other members of the population whom they will also cross infect. The manager of a cinema lamented and criticized the decision to close movie venues stating that “people were more at risk from walking in the street than sitting in cinemas.” One can understand the frustration and even despair of business owners now faced with a total shut down. Ignoring reality, no matter how harsh it may be, is certainly not going to help arrest the spread of this pandemic.

Israel also is not immune. With a temporary outbreak of spring weather, crowds congregated at Tel Aviv beaches. Yeshiva students continued to study in crowded places and when confronted with this disregard for social distancing and the closure of schools and universities, proclaimed that their Rabbis had guaranteed that studying Torah would protect then from any infection. Even after some Rabbis were infected some yeshivot remain open. Instead of studying in isolation this refusal on the part of some to ignore medical advice defies any sort of logic or Halachic imperative to safeguard lives. Demonstrating that idiocy is evenly spread some young backpackers rescued by Israel from Peru refused to sign self-quarantine forms on arrival at Ben Gurion airport and coughed and joked in the arrivals hall as though it was all a big lark.

A run on supermarkets leading to empty shelves and angry customers is another situation which has overtaken many countries. Despite the imminent advent of Passover, in the main Israelis have acted responsibly and there are no empty shelves or shortages of toilet paper. There have been no scenes of riots or civil disturbances and no shortages of food or other necessities. Customers are only allowed to enter a few at a time and unbelievable as it may seem there has been no jumping of lines. Trains and buses are empty unlike in some other countries where the underground and trains are packed and the two-meter distancing is a myth.

The virus has affected politicians as well. Some have caught or been exposed to it and have had to enter quarantine. Parliaments have either functioned with the bare minimum of members present or have been suspended altogether. This crisis has exposed failures of leadership in many countries. Hesitation, vacillation and delayed responses have all contributed to confusion and dysfunctional action. To be fair nobody could have predicted its rapid spread or lethal consequences but one has to query why after the evidence was clear several critical weeks elapsed before any serious measures were instituted in some countries. Some weeks ago mandatory isolation for all returning Israelis from overseas was introduced whether they displayed symptoms or not. Incredibly this mandatory quarantining still does not apply in a few other countries. Even with early strictly enforced measures the virus has escaped. Imagine the devastation it will cause in those places where authorities have been slow to act. Italy and Spain are classic examples with the UK and the USA yet to experience the full force of the pandemic.

Iran where the mullah leadership holds sway is on the verge of losing control because of its leaders’ idiocy. Following initial denial and refusal to take quick action the not surprising response has now been to blame the usual suspects (i.e. the large and small Satans). Refusing offers of outside aid the supreme leader would rather Iranians become martyrs than admit any failure on their part. Perhaps this will accelerate the disintegration of the terror-supporting regime albeit with horrendous costs to innocent lives.

In the USA one senses somewhat of a confused and dysfunctional response with State and Federal authorities struggling to cope and a President giving press conferences which often seem detached from reality. It’s all very well to engender optimism and bail out the economy but delaying drastic action because “the cure will be worse than the problem” merely lays the ground for catastrophic consequences.

Israel has its own problems with still no governing coalition and squabbling politicians refusing to compromise. We have a Prime Minister under indictment who refuses to take a leave of absence until he is found guilty or innocent of bribery and corruption charges. On the other hand, we have the leader of the Opposition who was prepared to accept the support of a party which condones terror against Israelis. One of its MK’s is a former adviser to the late arch-terrorist Arafat and another of its member’s clearly stated: “we aim to divest Israel of its Jewish and Zionist existence.”  The situation is quite frankly intolerable and the longer it shleps out the greater the backlash from the voters will eventually be. It is scandalous that in the midst of this coronavirus pandemic our politicians should be carrying on in such a mindless manner.

Within the last hour, dramatic political developments have occurred and it looks as though finally a burst of common sense has prevailed. A national unity government is on the way with Gantz’s party joining the right-wing bloc. This leaves “the anyone but Bibi” hold outs in the opposition and has the added bonus from Likud’s point of view of breaking up its main rival. In effect, Netanyahu continues as PM for the next 18 months and then the position is handed over to Benny Gantz. Of course, 5 minutes is a long time in Israeli politics so what happens in a year and a half is anyone’s guess.

Meanwhile, there are definitely plenty of serious problems which need to be urgently addressed. Keep tuned.