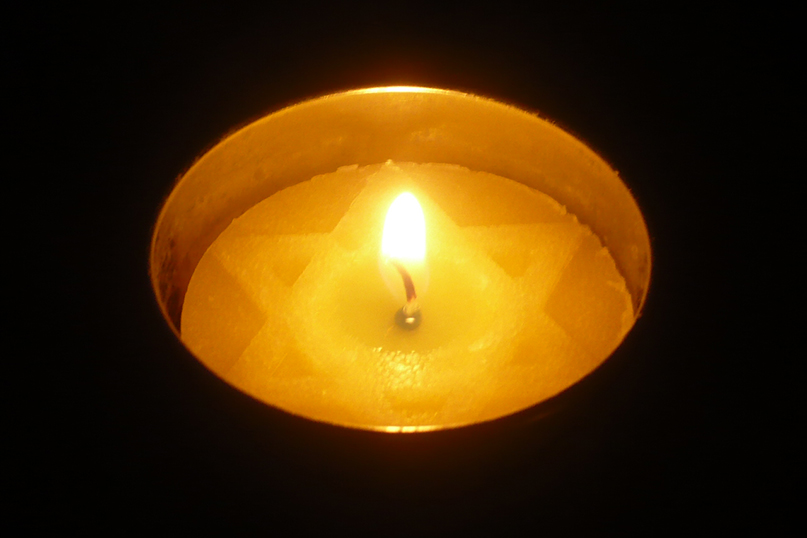 Yom Hashoah, the annual commemoration of the Holocaust, takes place every year in Israel and elsewhere immediately after Passover.

This year’s ceremonies will thanks to the coronavirus be somewhat different in that they will take place without any public present. Instead, zoom and other social media aids will enable everyone with access to these programmes to participate virtually from the safety of their homes.

In a conversation, I had with a Jewish contemporary of mine who lives in another country. the subject came up of how we should relate to countries and individuals who were at the centre of the genocide against not only Jews but also other “undesirables” during those years. He expressed a not uncommonly held opinion particularly by younger people these days that we collectively and also as individuals need to “finally get over it.”

He did not mean that we should abandon annual remembrance gatherings or close down Holocaust museums but rather that we Jews need to realize that time has moved on and that not only have the perpetrators almost all gone but that also countries have changed.

My reaction to these assertions especially now, given current developments internationally was and remains one of incredulity. Therefore this Yom Hashoah is I believe an opportune time to examine the facts and arrive at some conclusions.

Immediately following the Shoah, survivors were focused on somehow returning to a normal life. Many could not do so because their physical and mental health had been so disastrously compromised. Others, especially younger survivors, proved resilient and gradually, painfully, established new families, found employment and managed to look forward to a more secure and safer future. Some discovered to their dismay that having been liberated from the tyranny of Nazism their newfound freedom was fleeting as the Iron Curtain descended across Europe and they exchanged one Jew-hating experience for yet another. In an effort to survive the Communist agenda for the elimination of all vestiges of religion and national identity Shoah survivors in many cases suppressed and hid their ethnicity. That is why even today in Eastern European countries it is only on their deathbed that they reveal what was once a closely guarded secret.

In the free countries of the West, survivors had a choice of whether to renounce and deny their Jewish heritage or to once again fully embrace it. In a rerun of what happened after the Inquisition, there were those who found getting over it a matter of personal choice. Assimilate and possibly convert in order to avoid future holocausts or reengage and ensure a vibrant Jewish future for the next generations.

Israel has been re-established on the foundations not only of the sacrifices of generations of pioneers but also with the amazing contributions of thousands liberated from concentration camps who arrived here via shameful British detention camps in Cyprus and Germany as well as clandestine vessels. These survivors, many of them orphans, fought this time as proud, free Jews in order to repel yet another attempt at murdering Jews and denying them the right to rebuild our rightful homeland.

Seventy-five years after the liberation of the camps and the defeat of those who planned and implemented the final solution we confront a world where Jews are certainly relatively safer but yet at the same time unbelievably still under threat from a rising tide of hate. Today we have a resurrected Jewish sovereign country of our own which if it had existed in the 1930’s would have surely saved millions from annihilation and degradation. Unfortunately, memories have faded and history is being distorted and revised. Survivors will soon no longer be with us to bear first-hand testimony to what actually occurred and therefore recording their experiences for posterity is an urgent necessity. Holocaust studies need to be made a compulsory part of the high school curriculum and a failure to follow through on this merely highlights the hollow words babbled by politicians.

Seven decades after the Shoah has also revealed a major difference of opinion between those who want to let bygones be bygones and others who remember that in every generation there are those who rise up to destroy us. It is generally agreed that anyone who was a baby or not born during the years of the Shoah cannot be held accountable or judged guilty of being a perpetrator or willing helper. That leaves most citizens in nations where Jews were murdered and persecuted off the hook. Some of them are remorseful over the actions of their relatives and neighbours but it is a sad fact of today’s reality that an increasing number are either resentful that the subject is still discussed, are totally ignorant of events of that time or who now transfer their antipathy of Jews onto Zionists and Israel.

It is true that European nations with varying degrees of sincerity now purport to combat Jew-hatred but it is also an uncomfortable fact that most of them have now exchanged this hate for an unhealthy obsession about the Jewish nation. Why in the midst of a massive threat posed by the coronavirus would it be necessary as has been the case for the EU to interfere again in our internal affairs?

Taking all this into account I have never been able to fathom why thousands of Jews, Israelis as well as others, have flocked to live permanently in Germany and why so much pride is expressed at restoring communities in places which the local populace enthusiastically destroyed and pillaged not so many years ago. I can understand why the German, Polish and other authorities welcome the return of so many Jews to their country. If so many are once again making these countries their home then the corollary must be that all is forgiven, everyone loves us and anti-Jew feelings are now a part of the dim and distant past.

Some argue that dafka recreating Jewish communities in places from which they were cleansed is a symbolic victory over the forces of evil. Scenes of jubilant Jews celebrating and lighting flaming torches next to the Brandenburg Gate at Chanukah at the very place where German Nazis paraded are for many a source of pride that we have ostensibly triumphed. This myopic and short-sighted assumption is in the light of current events totally misplaced. It is symptomatic of an age-old Jewish tendency by some to “get over it” as quickly as possible.

Not only are Jewish communal buildings and schools heavily guarded by armed security personnel these days in Europe and everywhere else in the world but Jews are no longer safe in the streets of various cities. Warnings to European Jews not to wear identifiable items such as kippot and Magen Davids, not to wear tee shirts with Hebrew writing or the word Israel embossed on them and definitely not to speak Ivrit loudly in public areas, hardly inspires a feeling that “times have changed.” The rise of extremist parties on the right and left combined with increasing social discontent as a result of economic chaos do not portend a rosy future for Jews in particular.

The bottom line question which needs to be asked is whether the time has arrived to get over it or whether, politically incorrect as it may be, we need to draw inevitable conclusions from the stark realities now confronting us.

Each person obviously needs to arrive at their own conclusions. This Yom Hashoah is as good a time as any to wake up or dream on.