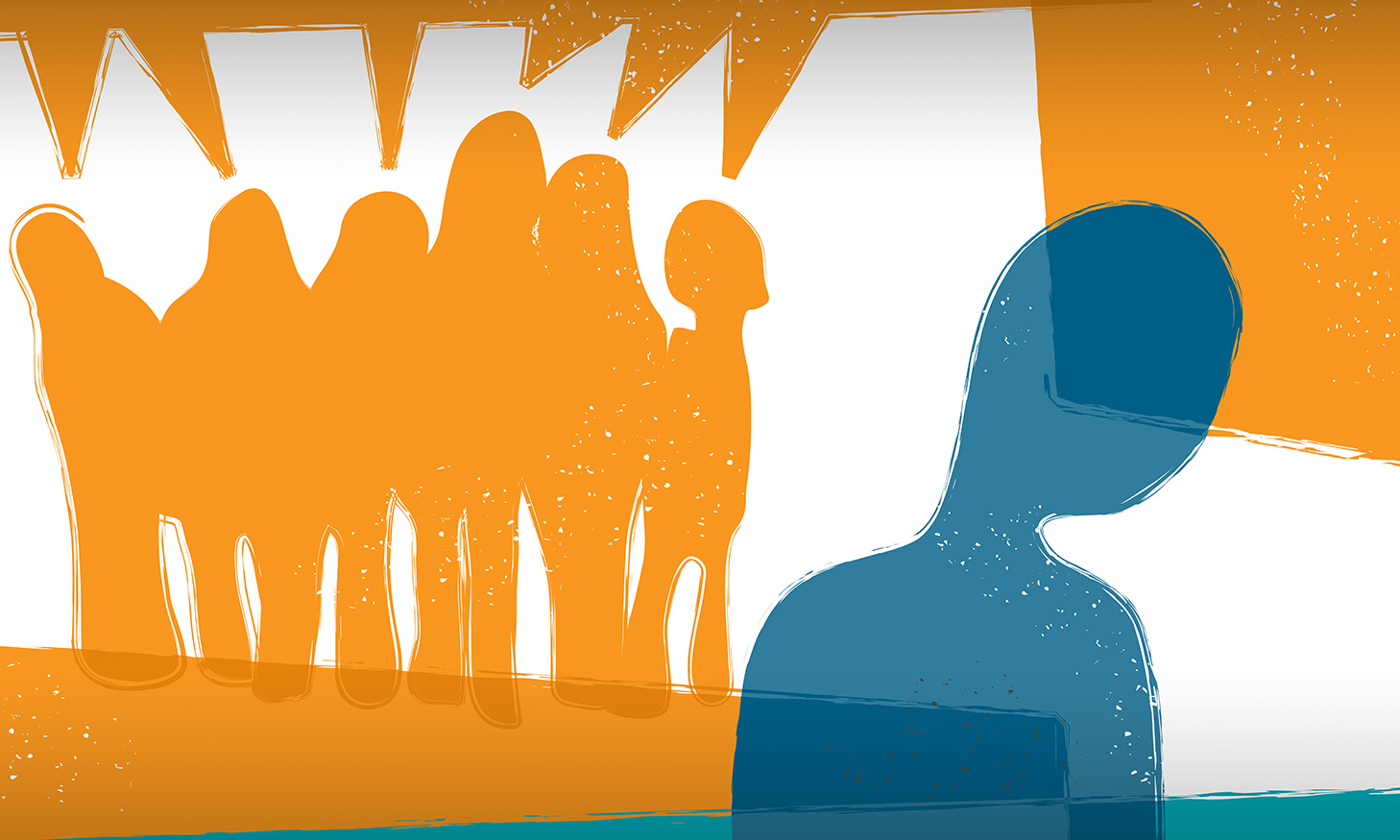 With the coronavirus crisis in Israel at the moment seemingly under control, attention is now focusing on several other developing dramas.

In no particular order of importance, these are the International Criminal Court, Israel’s Supreme Court, the definition of exile and the Danish Bible Society.

The Palestinian Authority which still manages to fool those who wish to be fooled that they are genuinely striving for a peaceful and democratic society, has, as part of their agenda, embarked on a campaign to defame and destroy the Jewish State. Having for the time being failed to eliminate Israel by terror and open warfare they have instead turned to diplomatic and judicial jihad. Unsurprisingly their chances of success are very high because their supporters and fellow travellers at the UN and associated bodies provide more than adequate cover for their lies, slander and revisionist versions of historical facts.

Not only are they guaranteed automatic majorities by fellow Islamic nations, human rights abusers and other assorted examples of international hypocrisy but they have also hit on a sure source of support from other sources. As misnamed progressive socialists gain influence in the US Democratic Party and elsewhere the ranks of those praising the prosecution of Israel swells. An added bonus is the recruitment of Jewish groups and “machers” who have been seduced by visions of doves flying over Ramallah and who burst into print at every opportunity. The media loves nothing better than promoting disaffected and trembling Jews especially when they condemn an Israeli electorate which does not conform to their “liberal” pontifications. Not having to face the consequences of one’s folly makes condemning Israel and Israelis so much easier.

I mention all these realities because now we are faced with the spectacle of a non-existent country with a leadership and parliament long past their expiry date and which pays stipends and pensions to murderers, demanding that the International Criminal Court put the Jewish State on trial for war crimes. Their definition of war crimes unsurprisingly encompasses measures to combat terror, reclaiming territory promised to us by international agreements and the building of homes and communities. If we were living in a time when double standards did not prevail we could expect these absurd charges to be rejected outright. Instead, we are witness to the amazing spectacle of the ICC taking up the lies and preparing to put Israel into the dock. Israel is not a signatory to the ICC precisely because it knew that the immoral majority would always ensure that we were found guilty before any trial even takes place. The farce at the ICC merely mirrors what goes on at the UN and the misnamed Human Rights Council.

The deafening silence from many democratic countries and so called “friends” speaks volumes about how deep the poison of deception has penetrated. Telling us that we have a right to exist is meaningless so long as nothing is done to thwart the nefarious designs of Iran and its surrogates as well as the continuing diplomatic jihad against us.

This short video courtesy of Honest Reporting says it all: https://honestreporting.com/justice-for-all-except-for-israel/

Meanwhile, in the Supreme Court in Jerusalem we have drama being played out live on TV as the judges deliberate on petitions against the formation of an emergency national unity Government. Concurrently the jurists are considering a demand that Netanyahu be disqualified from being PM as he is facing indictment on several counts. The fact that the now split opposition party is a partner to the emerging coalition puts an interesting twist to the case which should be decided shortly. Odds were that the court after considering all the facts, precedents and likely fallout, will give the go ahead for the final formation of a Government and so it has transpired. Unlike the farce being played out at The Hague we can be guaranteed that truth and justice will prevail. Nevertheless, it is high drama and naturally not everyone is bound to be happy at the outcome.

Controversy generated at a quiz competition meanwhile has ignited a firestorm, especially among certain Diaspora quarters. Every Yom Ha’Atzmaut Israelis enjoy watching the International Youth Bible quiz which brings together youth from various countries to compete with locals in displaying their impressive knowledge of selected portions of the Bible. The competition is of an extremely high standard and a very prestigious event with the same distinguished Israeli linguist acting as quizmaster for many years.

So what is all the fuss about?

Apparently the quizmaster referred several times to Jews living in the Diaspora as being in “exile.” This generated a heated response from an American Jewish Foundation which exploded in self-righteous indignation describing the comments as “dismissive, offensive and hurtful as well as condescending to the teenagers representing different communities around the world.” Some politically correct locals also joined in the chorus of condemnation.   It is understandable that the vast majority in the Diaspora do not feel that they are in any sort of exile and for Israelis to imply otherwise is perceived by them as a threat to their sense of loyalty to the country they were born in or have lived in for several generations. It is contended that remarks about exile drive a wedge between Israel and Diaspora communities and belittles support from those who love Israel but prefer to spend the rest of their lives elsewhere.

I researched the definition of Diaspora and exile and this is what I discovered:

“Historically the word Diaspora was used to refer to the involuntary mass dispersion of a population from its indigenous territories, in particular the Jews who were dispersed from the Land of Israel in antiquity.”

“When someone is described as being in self-imposed exile that means they have left the country of their own free will, rather than being made to leave.”

To my mind, these definitions cover the current situation whereby descendants of Jews expelled from their ancestral homeland migrated and settled in all parts of the world. Likewise, it also covers those present-day Israelis who have voluntarily decided to permanently reside elsewhere. The fact that remarks about exile can cause such a storm amongst certain quarters merely illustrates the increasing insecurity now afflicting many individuals as well as community leaders.

Finally to round off yet another vintage week we face the amazing spectacle of the Danish Bible Society rewriting the Christian Bible by censuring and eliminating Israel from its publication. This revisionist version of the New Testament has nothing to do with linguistic clarity and everything to do with a desire to eliminate the connection between the Land of Israel and the People and Faith of Israel. The cat was let out of the bag when it was confirmed that this was done in order not to confuse readers with modern-day Israel. In other words, as part of a political anti-Israel agenda the NT for Danish readers at least has been made “Israel rein” (Israel free).

This sorry episode takes me back to New Zealand in the 1980s when the NZ Anglican Church decided to rewrite the Psalms of King David by omitting references to Zion, Jerusalem and Israel for the same twisted reason. A retired Auckland Anglican Minister with whom I worked on the Council of Christians and Jews and with whom I am still in contact lamented this latest outrage by the Danish Bible Society. He commented that he hoped opponents of this move would be more successful than we were as despite vigorous protestations at the time the NZ Anglican Synod went ahead and published the censured psalms.

One of the best reactions to the current scandal was a remark posted online which said: “the fake Danish Bible without Israel is like a pub in Australia without beer. It is a disgrace.”

That more than adequately sums up another frenetic week.