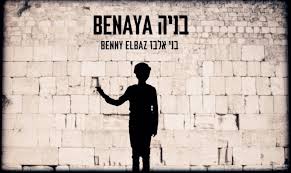 In the malaise of the Second Lebanon War in 2006, Benaya Rhein, a young IDF soldier from the settlement of Karnei Shomron, tragically lost his life. Shortly after his heroic death, his grieving mother found his private diary which he had written while traveling abroad with his unit in Poland.

In his diary, Benaya transcribed the impact of his travels at Auschwitz-Birkenau. In one instance, Benaya relates; “suddenly, the stones were moving as if they were saying: You are our legacy. You soldiers are the answer to the Holocaust.” Experiences like these shaped his commitment to defend the Jewish Homeland. And so, to commemorate her son’s life, Benaya’s mother published his diary and would deliver copies to the new recruits of his former unit every year at their swearing-in ceremony.

Cecelia Margules, a musician and composer, met Benaya’s mother a few years after her son’s passing. Having lost so many of her own family to the Holocaust as well as being the proud grandmother to an IDF soldier, Cecelia was deeply moved and inspired by the writings of this young soldier. Resolved, Cecelia dedicated her own creative talents to memorialize Benaya in song and film.

In this Shadow Dance performance, Benaya, a young boy named after the fallen hero, recreates Benaya’s travels across Poland and creatively depicts the insights that propelled Benaya to fight for his homeland onto the Second Lebanon War. This artistic play of light, shadow, and dance, set to an original composition is a living tribute to Benaya and the young heroes of the IDF who proudly embody the Jewish legacy of survival and thriving in their homeland unto the present.