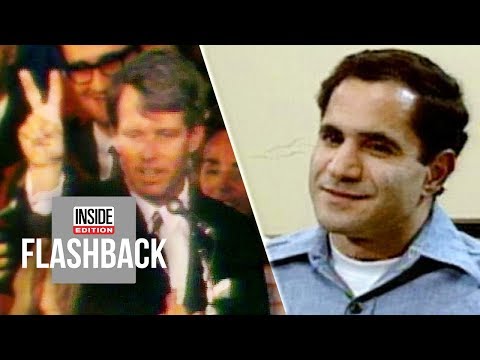 Why Palestine Liberation Organization placed Sirhan Sirhan on top of list of convicts it demanded for release: “Sirhan Sirhan Reveals Why He Killed Bobby Kennedy”

This year marks the 50th anniversary of Robert Kennedy’s assassination. In 1989, Inside Edition interviewed his assassin, Sirhan Sirhan. Then-host David Frost spoke to the gunman in his first jailhouse interview for an exclusive sit down with the show. In the interview, narrated by Bill O’Reilly, Sirhan talks about how RFK was his hero and why he committed the crime.