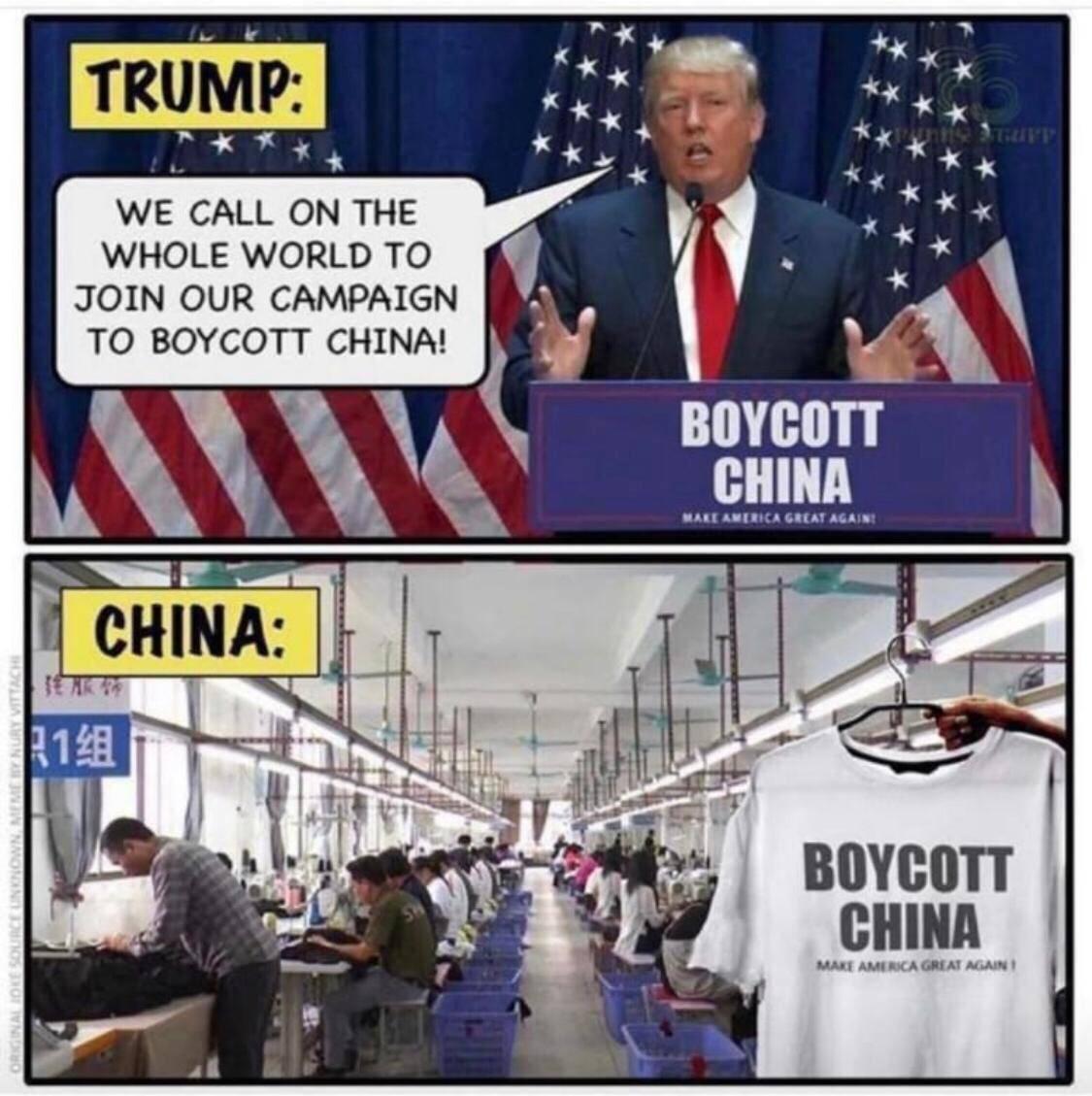 This Yiddish word can be roughly translated as “shameful” and “disgrace.”

The descriptive Yiddish expression “shander bander – einer a kaporeh auf an anderer” translated to polite English means – “a disgraceful bunch, each one worse than the other.”

I can think of no more appropriate description for those individuals and groups now popping up like poisonous mushrooms in various countries all of them admonishing Israel from their self perceived high moral ground. No other country over seventy-two years has had to face such a barrage of sustained scrutiny accompanied by tsunamis of gratuitous lecturing focused on perceived crimes against a warped interpretation of “international law.” Surveyed over seven decades one could easily jump to the conclusion that Israel was some sort of rogue nation inhabited by members of the Mosaic persuasion who delight in committing every possible crime against their neighbours.

So pervasive has this campaign been that as a result, large swathes of the UN, supporting cheerleaders from EU funded NGO’s, world powers such as Luxembourg and New Zealand and sundry former failed politicians as well as aspiring ones almost daily join together in hymns of condemnation. Motions censuring Israel are passed with bowel-like regularity resulting in an effluent of noxious waste polluting the minds of ill-informed and haters alike. These choruses of discordant denunciations infect Jews as well. Those ensconced in Diaspora communities feel emboldened to offer gratuitous advice while those domiciled in the Jewish State together with post-Zionist supporters revel in joining the choirs “shmutzing” their own country.

Not long ago we read from the weekly portion of the Torah how the ten spies succeeded in persuading a large number of Israelites that the Promised Land was too difficult to settle and that instead, they should return to the “fleshpots” of Egypt. The same sick thinking circulates today. Instead of boldly settling the Land our homegrown dissidents dither and agonize over whether this will upset the Jew-haters while those Jews living overseas who have no intention of joining their brethren in this momentous enterprise tremble at the prospect that Israeli Jews are asserting their God-given and legal rights.

Some latest examples should suffice to explain the magnitude of the malodorous symptoms we continue to face.

The EU leads the pack of western democracies in seeking to interfere in our affairs. One would think they had enough problems to contend with but obviously the sight of Jews building homes far outweighs any other sort of threat. Iran racing to produce weapons of mass destruction and the means to deliver them against Israel is irrelevant which is why they oppose reimposition of meaningful sanctions. Germany which poses as a staunch defender of Israel loses no opportunity to vote against it at international forums and in warning us of dire consequences if we dare to act in our best interests. Recently the German Foreign Minister visited Israel in order to transmit a message that sovereignty was not ours to claim.

Just imagine – 75 years after the Holocaust a German Government Minister forbids Jews from living in places called Judea, Samaria and parts of Jerusalem. Who would have thought that once again we would hear “ACHTUNG JUDEN RAUS?” If we were to cave in to German/EU dictates that is what would happen – a Judenrein territory in our own land.

The Swedish Ambassador-designate proudly proclaimed that he was soon to take up his new post as envoy to Tel Aviv. Not Israel mind you or heaven forbid the Capital. Some may excuse this as a Freudian slip but nudge nudge wink wink we know better.

Luxembourg, a very minor minnow in the European scheme of things has also stuck its oar into our affairs. Its Foreign Minister pontificated the other day that by declaring sovereignty we would be transgressing one of the Ten Commandments, namely “You shall not steal.” Unexplained of course was how one can steal something which legally does not already belong to anyone else. In addition, this would be “posek” (decisor of Jewish law) and self-appointed Biblical expert conveniently, more likely deliberately, ignores the clear promise that all of this Land is a promised inheritance for the Jewish People in perpetuity.

In a similar vein, the Archbishop of Canterbury together with the leader of UK Catholics issued a sermon from the mount condemning the Jewish State for having the audacity to contemplate asserting the nation’s historical and legal rights in places we have lived in for three thousand years. I was waiting, in vain obviously, for these same Church prelates to issue a similar protest at the British occupation of territories in far-flung places such as the Falklands and Gibraltar and nearer to home in Northern Ireland. Needless to say, no such condemnatory pronouncements will be forthcoming as their righteous wrath is reserved exclusively for Jews.

Faced with the serious damage caused to communal life by COVID 19 one would have thought that British Jews had enough tzoris (trouble) to deal with. Predictably however this has not stopped an assorted motley collection of machers (establishment movers & shakers), self-appointed spokespersons, ill-informed groups ranging from students to armchair critics plus far-left groupies from bursting into spasms of outrage. What is one to make of this curious outburst from (as the media put it) “British leading Jewish figures?” As reported they complained that “annexation is an existential threat to the traditions of Zionism in Britain.” What, pray one could ask, are the traditions of British Zionism? Is it to keep such a low profile that nobody will notice your support for Israel? Does it mean not rocking the boat, keeping a stiff upper lip in the face of blatant double standards and counselling against robust action against terror? Do these individuals think that Britain is still the mandatory power and that Israel must ask permission from Westminster before any policy decision is taken?

It gets worse, however. We now have the spectacle of a petition signed by young British Jews and other enlightened members of the community demanding that the British Foreign Office refuse to accept the credentials of the new Israeli Ambassador-designate to the Court of St. James. Leading the charge in this latest farce is the leader of the UK Reform movement who demanded that “Tzippy Hotovely must set aside her political views if she was to be accepted.” Basically speaking that means insisting Israel’s incoming ambassador disown her own Government’s policies, abandon her personal commitment to sovereignty and ditch her religious beliefs that we have a Covenant that is older and more valid than anything the Foreign Office may peddle.

Expressing valid criticism of Israeli actions is of course perfectly legitimate provided that the same sort of scrutiny is extended to all other countries. When the one-sided obsession with only Israel becomes the norm valid disagreements mutate into something else.

We should have over time become used to the fact that the world has an unhealthy obsession with Israel and an uncontrollable urge to interfere in our daily lives. No amount of clear evidence that our misnamed peace partners and their patrons will ever be reconciled to a sovereign Jewish presence, of their payments to murderers of Israelis or of hate education in their schools has or will convince a corrupt UN that our security cannot be traded for some nebulous pie in the sky.

A majority of Israelis have already learnt bitter and hard lessons of how appeasement and wishful fantasies have endangered their lives. That is why those who cheer Oslo, Arafat and Abbas are a rapidly diminishing electoral breed.

For those Jews who live elsewhere, the message is plain. Complain all you like but unless and until you are willing to help in rebuilding Jewish sovereignty by joining us here on the front line of history, your kvetching is irrelevant and counterproductive.