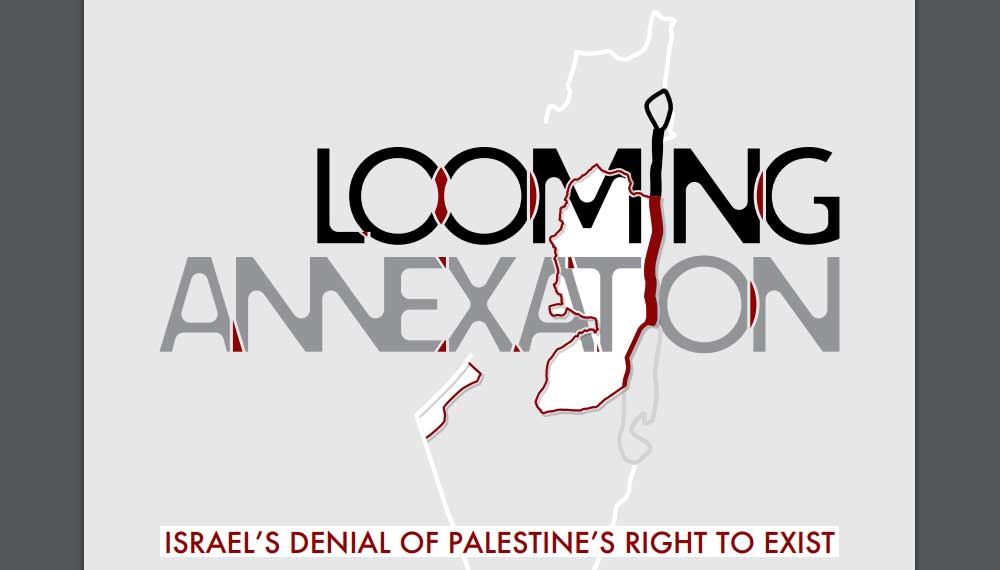 The timing of this Negotiation Affairs Department (NAD) publication coincides with the impending annexation announced by the recently formed Government of Israel. We have embarked on this publication not because of the novelty of illegal Israeli annexation of Palestinian land, but because of the urgency -now more than ever -of raising our voices against Israeli annexation that jeopardizes the viability of the State of Palestine and the right to self-determination, and entrenches occupation with its violations of Palestinian human rights.

The intertwine in politics: annexation, the daily life of Palestinians, and the future of the Palestinian state, is presented in the three parts of this publication with one unified and clear message by all contributing authors: “Annexation is illegal; it ends the two state solution, legalizes apartheid, and has to be stopped”.

Part one covers a historical background and analysis. As a chief negotiator who has been engaged in the peace process since the early 1990s, I open this part with a contextual background on annexation focusing on Palestinian-Israeli relations under annexation and moving forward. My main message on the illegality of annexation is that: “It is Palestine’s responsibility to do everything possible to stop annexation, dismantle Israel’s colonial-settlement enterprise, and achieve freedom and independence”.

Fatina Jaouni and Ashraf Khatib then take us briefly through Israel’s illegal annexation of Palestinian land throughout the years while focusing on current annexation.

They explain Israeli measures of land control since the beginning of the occupation of the West Bank and the Gaza Strip in 1967 that prepared the ground for incremental annexation. Their main message is that: “The imposition of Israeli sovereignty over occupied Palestinian land is yet another illegal action to be added to a long list of violations of international law characteristic of the State of Israel to date. By imposing annexation, Israel officially recognizes apartheid as its policy and signals that a negotiated agreement is off the table”.