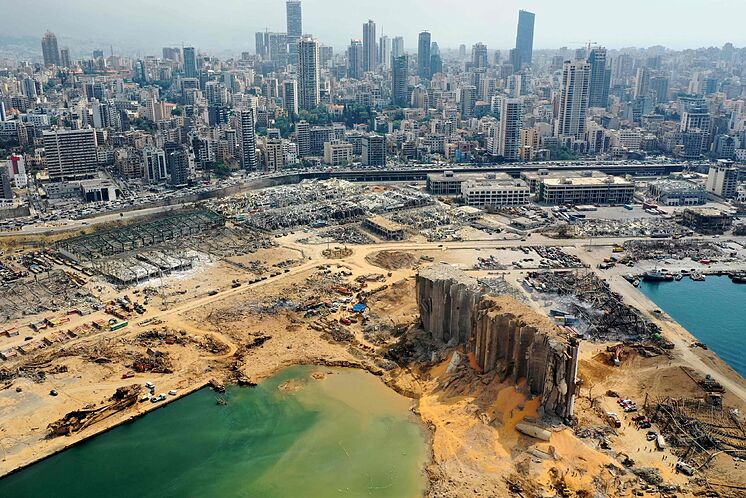 EXECUTIVE SUMMARY: On August 4, 2020, a massive explosion occurred at a warehouse on the waterfront of the Port of Beirut, Lebanon. It killed at least 135 people, wounded at least 5,000, left approximately 300,000 people homeless, and devastated the port region of the city, causing damages estimated between $10 billion and $15 billion. The Lebanese authorities are blaming the explosion on mismanagement by port officials, but there is reason to suspect that it was the result of Hezbollah negligence.

The official report of the Lebanese authorities on the massive August 4 explosion at the Port of Beirut is that a warehouse near the water containing 2,750 tons of ammonium nitrate exploded. They claim that this material had been in the warehouse for over six years, with the approval of the court, and confirmed this claim with documentation.

With all due respect to the Lebanese authorities, I do not buy this story. I believe that explosives, ammunition, and missile fuel (which are highly volatile and flammable substances) were stored by Hezbollah in this warehouse after being shipped from Iran. There are several reasons why I believe this.

I suspect that very few people in Lebanon buy Hezbollah’s version of the story. I think Hassan Nasrallah is viewed by the Iranians and, indeed, by his own friends in Hezbollah as personally responsible for this disaster. I would not be surprised to hear that he has suffered a “heart attack” and is thus ending his role as Hezbollah’s secretary general. Perhaps the “heart attack” will be fatal.

Lt. Col. (res.) Dr. Mordechai Kedar is a senior research associate at the Begin-Sadat Center for Strategic Studies. He served for 25 years in IDF military intelligence specializing in Syria, Arab political discourse, Arab mass media, Islamic groups, and Israeli Arabs, and is an expert on the Muslim Brotherhood and other Islamist groups.