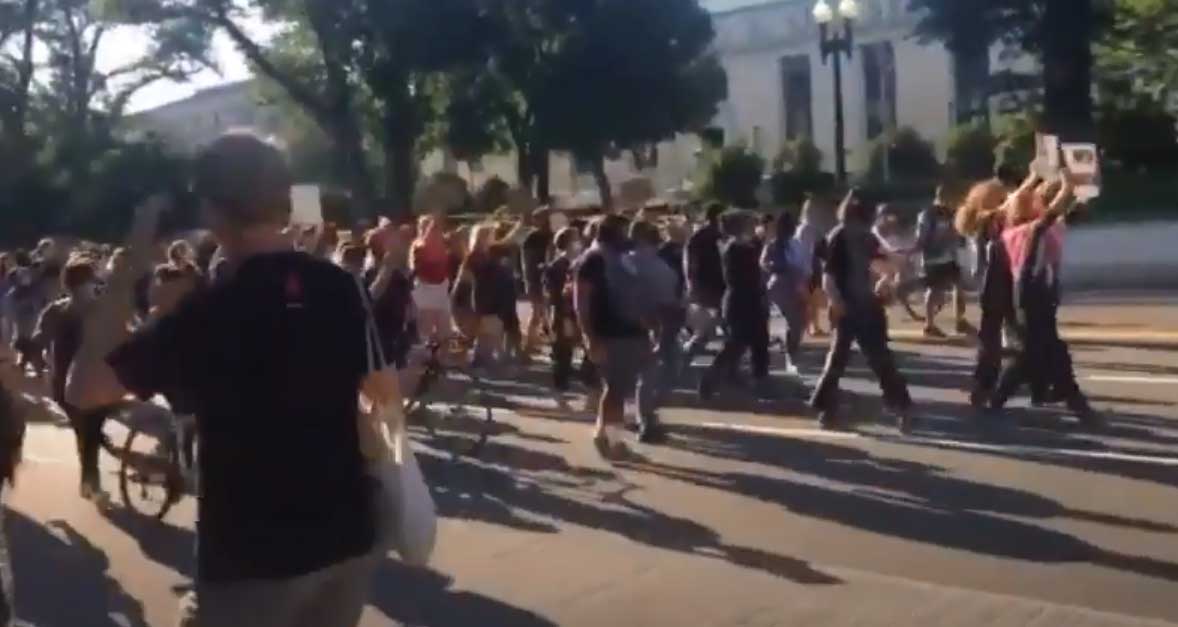 This short video clip of a Black Lives Matter march in Washington DC is the part which includes the above chant.

Prior to this the chanting included simply “black lives matter” before progressing to the usual anti-Israel chant “from the river to the sea, Palestine will be free” which is about wiping Israel off the map. But then it goes into the old style antisemitic blood libel about Jews/Israel murdering children.

Other BLM rally chants include: “We don’t want no two-states, we want 48” (meaning 1948 before modern Israel) “There is only one solution, intifada revolution” (a call for mass murder and terrorism)

AJA calls out BLM is racist, antisemitic to its foundations.

Tikkun Olam: Among more liberal Jewish currents, the idea has been promoted for years that Judaism’s goal is to repair the world. This idea has roots in Judaism but no central place in 3,000 years of Jewish history and religion.

The silent majority in a liberal democracy is often lazy, but it is not stupid. The more it sees of BLM, the more it understands that it is a destructive, racist, Marxist, anti-capitalist movement and as such is radically opposed to democracy. The silent majority will gradually comprehend that BLM should be exposed for what it is and fought.

“The US justifies and advances the global war on terror via its alliance with Israel and complicity with the genocide taking place against the “Palestinian” people.

The US requires Israel to use 75 percent of all the military aid it receives to buy US-made arms. Consequently, every year billions of dollars are funneled from US taxpayers to hundreds of arms corporations, who then wage lobbying campaigns pushing for even more foreign military aid. The results of this policy are twofold: it not only diverts much needed funding from domestic education and social programs, but it makes US citizens complicit in the abuses committed by the Israeli government. Israel is an apartheid state with over 50 laws on the books that sanction discrimination against the Palestinian people. Palestinian homes and land are routinely bulldozed to make way for illegal Israeli settlements. Israeli soldiers also regularly arrest and detain “Palestinians” as young as 4 years old without due process. Every day, Palestinians are forced to walk through military checkpoints along the US-funded apartheid wall.”