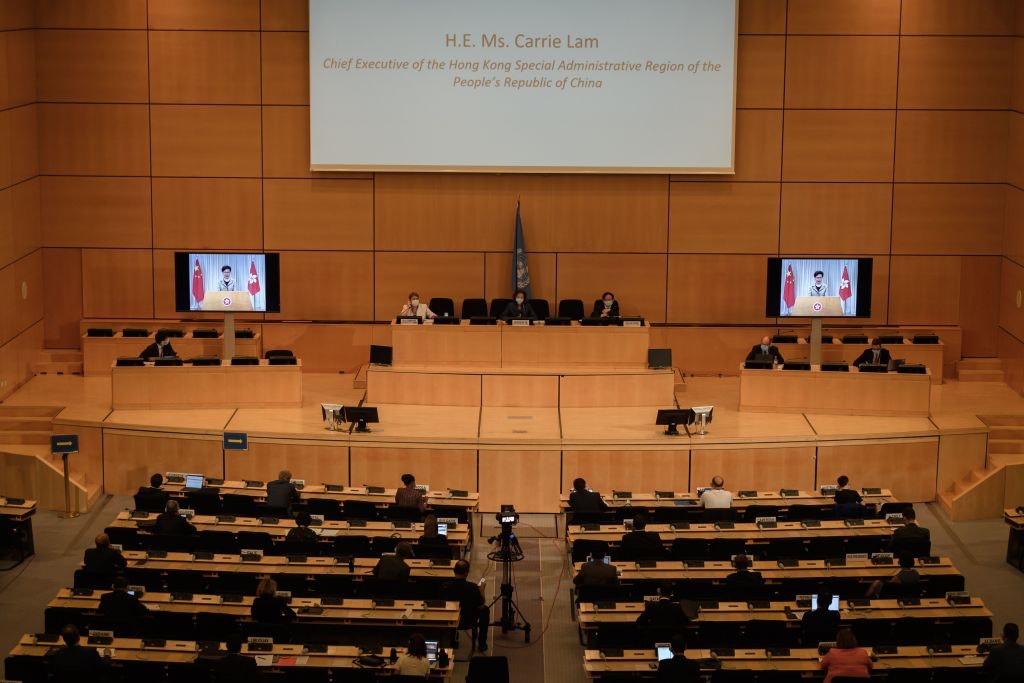 Venezuela. Sudan. Libya. Qatar. Democratic Republic of the Congo. What do they all have in common? Other than shoddy human rights records and authoritarian governments, they are all members of the Human Rights Council (HRC), vested with the power and authority of the United Nations to examine, judge, and, if necessary, condemn the human rights records of other governments. Within weeks, both the People’s Republic of China and the Russian Federation will almost certainly be elected to join them.

Farcical? Of course. And the United States has voted with its feet, withdrawing in 2018. Democratic presidential nominee Joe Biden, however, has pledged to rejoin the council with no preconditions. That’s a mistake, but if the right reforms are adopted, even the Trump administration could find its way back.

The cause of human rights at the U.N. has a checkered history. The Commission on Human Rights—the body that the current council replaced—was so discredited that then Secretary-General Kofi Annan complained that it “cast a shadow on the reputation of the United Nations system as a whole.” But the sins of the commission were largely replicated in the new, marginally smaller council.

The HRC subjects Israel to special human rights scrutiny with its own “agenda item,” a perennial country specific issue that places the Jewish state on the docket at every meeting. The rest of the world is examined in another “agenda item.” Israel was the focus of 90 of 210 condemnatory resolutions adopted by the HRC from 2006 through August 2020.

The other perennial problem is the foxes guarding the henhouse. Governments deemed “not free” and “partly free” by Freedom House historically have comprised a majority of the membership of the Council. Not even the world’s most repressive regimes have been excluded, with China, Cuba, Russia, and Saudi Arabia enjoying seats for most of the council’s history and aiming for another term this fall.

What to do? The stock answer has been for Democratic administrations to rejoin with a view to reform and for Republicans to leave after failing to secure those same reforms. This diplomatic dance has been a bust for all concerned—whether the U.S. is present or absent, the problems persist. In Pavlovian style, other reform averse nations have been trained to wait Washington out. In the United States there is bipartisan acknowledgement of the Council’s failings; what‘s lacking is a bipartisan determination to demand specific changes. But there is an upcoming window of opportunity.

Washington, along with other like-minded democracies, needs to coalesce around a reform agenda for the upcoming review of the council by the General Assembly that must take place between 2021 and 2026. That agenda must include changing the system for electing members to the HRC. Right now, membership is open to all states, elected by a majority of the General Assembly. States rarely compete, with regions often nominating only as many candidates as there are seats. Theoretically, member states are supposed to “take into account the contribution of candidates to the promotion and protection of human rights and their voluntary pledges and commitments” when electing HRC members. Practically, a country’s human rights record is close to irrelevant.

A better option is for the General Assembly to simply nominate every eligible nation not currently seated on the council on the candidate list, with successive ballots eliminating those with the fewest votes until the final candidates are selected. It should also limit council seats to one term, which would at the very least rotate off the worst human rights offenders more frequently, and increase the voting threshold to win a seat from a majority (97 votes) to two-thirds (129 votes) of the Assembly. That wouldn’t bar the worst offenders, but it would make it harder for them to win. Conversely, the threshold for suspending a member could be lowered from two-thirds to half of the General Assembly, upping the odds of bouncing the worst of the worst.

Countries that are the focus of HRC mandates—per the U.N., “independent human rights experts with mandates to report and advise on human rights from a thematic or country-specific perspective”—for human rights concerns should be excluded outright. The council currently has 10 country mandates: Belarus, Cambodia, Central African Republic, Iran, Israel, Mali, Myanmar, North Korea, Somalia, and Sudan. It’s far from a comprehensive list of violators, but at the very least, it could set a bar for membership where there is now none. True, such a reform would also prevent Israel from running for a seat, but the sad reality is that Israel would be hard-pressed to secure the votes in the first place.

Which brings us to the thorny question of Israel. Washington’s aim has never been to shield the Jewish state from legitimate scrutiny or criticism for its human rights practices. Rather, it is to see Israel treated the same as other nations. First, the “agenda item” that singles out Israel alone for scrutiny must be eliminated. Second, the “Special Rapporteur on the situation of human rights in the Palestinian territories occupied since 1967” must be subject to periodic renewal like all other mandates. Absent these changes, not a single U.S. taxpayer dollar should flow to the HRC.

The principles behind U.N. reform are simple: The U.S. should not support U.N. agencies that fail to fulfill their responsibilities. A World Health Organization that fails to warn of a pandemic is not worthy of the name. A biased Human Rights Council dominated by human rights violators belies its very purpose. These reforms won’t achieve perfection, but they could be transformative, incentivizing not just an American return to the council, but a better, more effective United Nations for the 21st century.