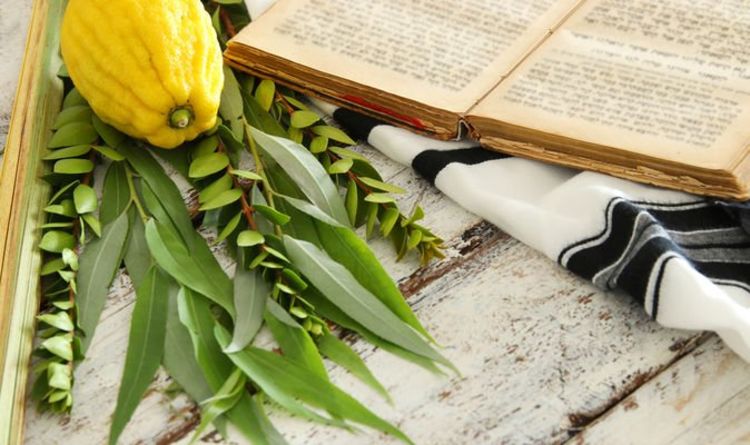 Efrat, Israel –   One of the most picturesque and creative festivals of the year is the Festival of Sukkot (the Feast of Tabernacles) – when the entire family is involved in building and decorating a special “nature home” which will be lived in for an entire week. But what are we actually celebrating and what is the true meaning of the symbol of the sukka? Is it the sukka of our desert wanderings, the temporary hut which the Israelites constructed in the desert when they wandered from place to place? If so, then the sukka becomes a reminder of all of the exiles of Israel throughout our 4,000-year history, and our thanksgiving to God is for the fact that we have survived despite the difficult “climates” – the persecution and pogroms and assimilation  – which still threaten to overwhelm those who unfortunately still live in the Diaspora (may the wise reader take my “hint”).

Or is the sukka meant to be reminiscent of the Divine “clouds of glory” which encompassed us in the desert with God’s rays of splendor, a fore-taste of the Sanctuary which served as the forerunner of our Holy Temple in Jerusalem? In the Grace after Meals during the Sukkot festival we pray that “the Merciful One restore for us the fallen tabernacle of David,” which would certainly imply that the sukka symbolizes the Holy Temple. The Talmud (B.T. Succot 11) brings a difference of opinion between Rabbi Akiva and Rabbi Eliezer as to which of these options is the true significance of our celebration. I would like to attempt to analyze which I believe to be the true symbolic meaning and why.

The major biblical description of the festivals is found in Chapter 23 of the Book of Leviticus. There are two textual curiosities which need to be examined. The three festivals which were always considered to be our national festivals, and which also biblically appear as the “desert” festivals, are Pessah, Shavuot and Sukkot – commemorating when we left Egypt, when we received the Torah at Sinai and when we lived in desert booths. Rosh Hashana and Yom Kippur are more universal in nature and not at all related to the desert sojourn. It seems strange that in the biblical exposition of the Hebrew calendar Pessah and Shavuot are explained, after which comes Rosh Hashana and Yom Kippur, and only at the conclusion of the description comes Sukkot.

Now, of course one can argue that this is the way the months fall out on the calendar year! However, that too is strange. After all, the Israelites left Egypt for the desert; presumably they built their booths immediately after the Festival of Pessah. Would it not have been more logical for the order to have been Pesach, Sukkot, Shavuot, Rosh Hashana and Yom Kippur?

Secondly, the Festival of Sukkot is broken up into two parts. Initially, the Torah tells us: “And the Lord spoke to Moses saying: on the fifteenth day of this seventh month shall be the Festival of Sukkot, seven days for God these are the Festivals of the Lord which you shall call holy convocations” (Leviticus 23:33-38). It would seem that these last words conclude the biblical description of the festivals and the Hebrew calendar. But then, in the very next verse, the Torah comes back again to Sukkot, as if for the first time: “but on the fifteenth day of the seventh month, when you gather in the crop of the land, you shall celebrate God’s festival for a seven day period… You shall take for yourselves on the first day the fruit of a citron tree, the branches of date palms, twigs of a plaited tree (myrtle) and willows of brooks; and you shall rejoice before the Lord your God for a seven-day period… You shall dwell in booths for a seven-day period… so that your generations will know that I caused the people of Israel to dwell in booths when I took them from the Land of Egypt. I am the Lord your God” (ibid. Leviticus 23:39-44). Why the repetition? And if the Bible now wishes to tell us about the four species which we are to wave in all directions in thanksgiving to God for his agricultural bounty, why was this verse not linked to the previous discussion of the Sukkot booths? And why repeat the booths again this second time?

I have heard it said in the name of the Vilna Gaon that this repetition of Sukkot with the commandment concerning the Four Species is introducing an entirely new aspect of the Sukkot festival: the celebration of our entering into the Land of Israel. Indeed, the great philosopher-legalist Maimonides explains the great joy of the festival of Sukkot as expressing the transition of the Israelites from the arid desert to a place of trees and rivers, fruits and vegetables, as symbolized by the Four Species (Guide for the Perplexed, Part 3 Chapter 43). In fact, this second Sukkot segment opens with the words, “But on the fifteenth day of the seventh month when you gather the crop of the land (of Israel), you shall celebrate this festival to the Lord.”

Hence, there are two identities to the festival of Sukkot. On the one hand, it is a desert festival, alongside Pessah and Shavuot, which celebrates our desert wanderings and survivals while living in flimsy booths. From that perspective, perhaps it ought to have found its place immediately after Pessah in terms of the calendar and certainly before the description of Rosh Hashana and Yom Kippur in the biblical text. However, the second identity of Sukkot, the Four Species, which represent our conquest and inhabitance of our homeland and signals the beginning of redemption, belongs after Rosh Hashana and Yom Kippur – the festivals of God’s kingship over the world and his Divine Temple, which is to be “a house of prayer for all the nations.” This aspect of Sukkot turns the sukka into rays of Divine splendor and an expression of the Holy Temple.

So which Sukkot do we celebrate? Both at the very same time! But when we sit in the sukka, are we sitting in transitory booths representative of our wandering or rather in a Divine sanctuary protected by rays of God’s glory? I think it depends on whether we are celebrating the festival in the Diaspora or in the Land of Israel!