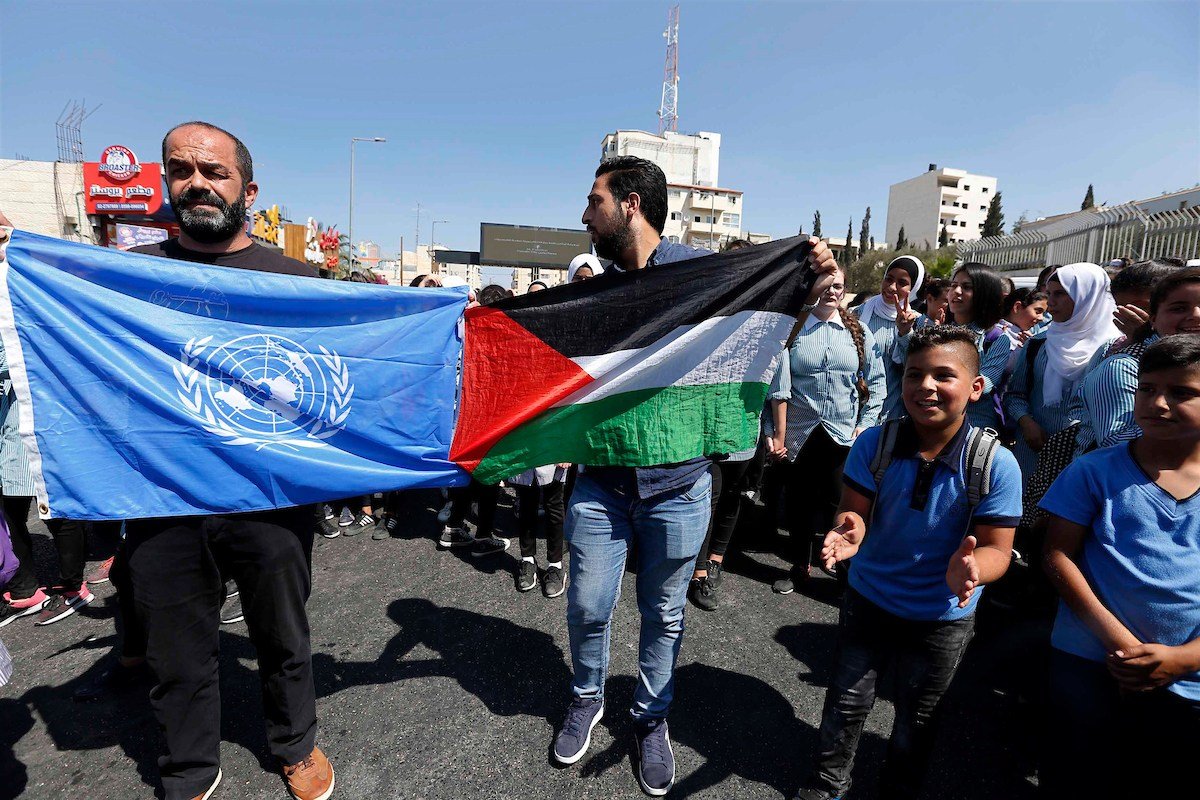 Adnan Abu Hassan, the media spokesman for the United Nations Relief and Works Agency for Palestine Refugees (UNRWA), praised the support provided by Saudi Arabia and the UAE to the UN agency, stressing that it contributed to the continuation of the international organization in its humanitarian work.

Abu Hassan told Al-Ain News: “UNRWA suffers from a major financial crisis estimated at $ 200 million to cover the various programs it provides to Palestinian refugees, and the salaries of employees.”

He indicated that this amount must be available to cover the remaining 3 months of the current year (October, November, and December) for the agency to fulfill its functions.

He explained that there are great efforts by the Commissioner-General of UNRWA, Philip Lazzarini, to mobilize the required support, pointing out that he is currently on a visit to the Kingdom of Saudi Arabia, followed by a visit to other countries, including the UAE, and contacts are being made with European countries and with the European Union to secure the deficit.

He pointed out that the UNRWA financial crisis is renewed every year because there is an increase in the number of refugees, and this increases the volume of services provided to them.

He stated that Corona increased the burdens on UNRWA because there are thousands who joined unemployment and others were affected, and thus the support from countries was affected by Corona.

He added, “There is no abandonment by the international community on UNRWA, and there is great and unprecedented political support that we saw in the renewal of the mandate for UNRWA during last November for the next 3 years.”

For his part, Amir Al-Meshal, head of the Union of Arab Employees at UNRWA, confirmed that there has been a real financial crisis since the beginning of last year after the American contribution to the UNRWA budget was cut off.

Al-Meshal told Al-Ain News: “The crisis has become apparent in the last quarter of the year with a deficit of 200 million dollars.”

He added, “We are closely following the Commissioner-General, especially after the statements of a number of senior UNRWA employees that salaries and services may be affected.”

He called on the international community to fulfill its obligations towards this crisis until the Palestinian refugee issue is resolved.

He indicated that the UNRWA Commissioner’s tour in the Gulf over the past years had positive contributions with UNRWA, such as Saudi Arabia and the UAE, and this year they will certainly provide support.

He said, “The share of the Gulf states in supporting the UNRWA budget ranged between 7 to 10%, but this percentage has increased in recent years.”

Earlier, Monday, Philip Lazarini, Commissioner-General of the United Nations Relief and Works Agency for Palestine Refugees in the Near East (UNRWA) praised Saudi support for the UN agency.

This came in the statements of Lazarini during his first visit to the Kingdom of Saudi Arabia, according to a statement by “UNRWA” that revealed Saudi aid worth 25 million dollars.

UNRWA said in a statement that Al-Ain News received a copy of, that the Kingdom of Saudi Arabia, through its embassy in Jordan, made a donation last week to the United Nations Relief and Works Agency for Palestine Refugees in the Near East (UNRWA) worth 25 million dollars.

She explained that this donation is part of a larger pledge to the Kingdom to help the Agency maintain the important services it provides to a total of 5.6 million Palestine refugees in the region.

These were the details of the news Contributions of Saudi Arabia and the UAE save UNRWA programs from… for this day. We hope that we have succeeded by giving you the full details and information. To follow all our news, you can subscribe to the alerts system or to one of our different systems to provide you with all that is new.

It is also worth noting that the original news has been published and is available at saudi24news and the editorial team at AlKhaleej Today has confirmed it and it has been modified, and it may have been completely transferred or quoted from it and you can read and follow this news from its main source.