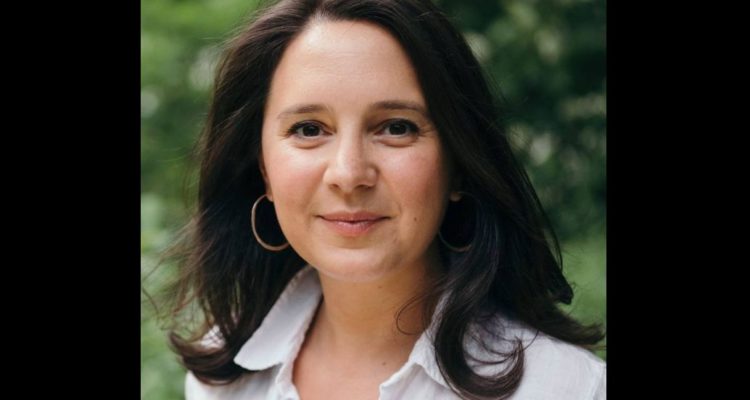 “American liberalism is in danger. A new ideology is rising to replace it—and it has dangerous implications for Jews,” said Weiss in a tweet about her piece.

Weiss writes that the recent decision by Democratic congresswoman Alexandria Ocasio-Cortez to cancel her participation in a memorial service for Nobel Peace Prize winner Yitzhak Rabin was a warning to America’s Jewish community.

Jews, Weiss says, were confused and shocked that AOC would reject an event aimed at celebrating peace, rather than realizing that the “progressive superstar… was sending a clear signal about who belongs in the new progressive coalition and who does not.”

Jews, Weiss says, do not.

“American Jews … think that by submitting to ever-changing loyalty tests they can somehow maintain the old [liberal] status quo and their place inside of it,” Weiss wrote.

Weiss should know. In July, she felt compelled to leave her job as an op-ed editor and writer at the New York Times after she had become “the subject of constant bullying by colleagues who disagree with my views.”

The Times, she claimed, was being driven by a “mob” mentality that forced all staff to comply with the new cancel-culture ideology or be harassed and pushed out.

“It makes sense that many smart, well-intentioned [Jewish] people are confused,” Weiss said, because the emerging movement for social change claims to advance the ideals Jewish liberals have always supported – fairness, justice, righting historical wrongs – but Jews see the opposite happening.

Weiss gave a number of examples of the new ideology at work, including synagogues defaced with “free Palestine” graffiti, the Biden campaign apologizing to known anti-Semite Linda Sarsour after initially disavowing her, and New York Mayor Bill de Blasio blaming “the Jewish community” for spreading COVID by ignoring health guidelines, but in July defending Black Lives Matter protests because they represented a “historic moment of change.”

Weiss admits that fear of “Trumpism” has deflected attention from the danger of the new radical left, but the danger from the left is far more serious.

“Unlike Trump, this one has attained cultural dominance, capturing America’s elites and our most powerful institutions,” Weiss writes, warning that if Biden wins the presidential election the radical movement may not be checked.

“I am here to ring the alarm. I’m here to say: Do not be shocked anymore. Stop saying, can you believe. It’s time to accept reality, if we want to have any hope of fixing it.”

Weiss says that in the past liberal America espoused among other things the “sacredness of the individual over the group or the tribe” and “the belief that due process and the presumption of innocence are good and that mob violence is bad.”

“This was a world in which Antonin Scalia and Ruth Bader Ginsburg could be close friends. Because, as Scalia once said, some things are more important than votes.”

“No longer. American liberalism is under siege. There is a new ideology vying to replace it.”

According to Weiss, the new ideology is being promoted by the likes of Ibram X. Kendi of Boston University and his “ideological allies” who she says “are presenting Americans with a zero-sum choice: conform to their worldview or be indistinguishable from the likes of [white supremacist] Richard Spencer.”

The movement doesn’t yet have a name, she notes. One has called it “therapeutic totalitarianism.” Another has suggested “the successor ideology.” Whatever label it will end up with in the end, it’s an ideology that believes America is in a “war where the forces of justice and progress are pitted against the forces of backwardness and oppression,” she says.

However, Weiss notes the radicalism behind the ideology says war means “the normal rules of the game — due process; political compromise; the presumption of innocence; free speech; even reason itself — must be suspended.”

“The beating heart of this new ideology is critical race theory,” Weiss said, explaining that it questions “the very foundations of the liberal order” including not just equality, but also the neutral principles of constitutional law.

The new order divides America into “racists” and “anti-racists” and everybody is one or the other without exception.

“Jews who refuse to erase what makes us different will increasingly be defined as racists, often with the help of other Jews desperate to be accepted by the cool kids,” she warned.

That, she says, allows the new radical ideology to demonize those differences “so that they can be erased or destroyed.”

“By simply existing as ourselves, Jews undermine the vision of a world without difference.”

Zionism is refashioned as colonialism; government officials justify the murder of innocent Jews in Jersey City; Jewish businesses can be looted because Jews “are the face of capital.” Jews are flattened into “white people,” our living history obliterated, so that someone with a straight face can suggest that the Holocaust was merely “white on white crime.”

Weiss warns that “this is no longer a fringe view,” pointing out that philosopher Peter Boghossian saw that “this ideology is the dominant moral orthodoxy in our universities, and has seeped out and spread to every facet of American life —  publishing houses, tech, arts, theater, newspapers, media,” and, increasingly, corporations.

“It does not matter how progressive you are… to believe in the justness of the existence of the Jewish state — to believe in Jewish particularism at all — is to make yourself an enemy of this movement,” Weiss said.

She pointed out that anti-Semitic hatred on college campuses has nothing to do with the Israeli-Palestinian conflict. “It’s because Jews defy anti-racist ideology simply by existing. So it’s not so much that Zionism is racism. It’s that Jewishness is.”

Even more troubling to Weiss is that Jewish leadership “with rare exception, will not address the danger.”

She is most enraged by influential Jews who cozy up to the radical leaders and “are willing to close their eyes to what is coming for the rest of us.”

“That leaders and philanthropists charged to protect and nurture our [Jewish] community are entertaining, and at times embracing, such nihilistic and anti-American ideas is a scandal,” Weiss said.

“It is not by chance that Jews thrived in a world in which liberalism prevailed. The idea that we should judge each person not by their station or their family lineage but by their deeds; that human beings have agency — these are revolutionary ideas that are, at root, Hebrew ones. We should never be shocked that any ideology that makes war on these true and eternal values will inevitably make war on us,” Weiss concludes.