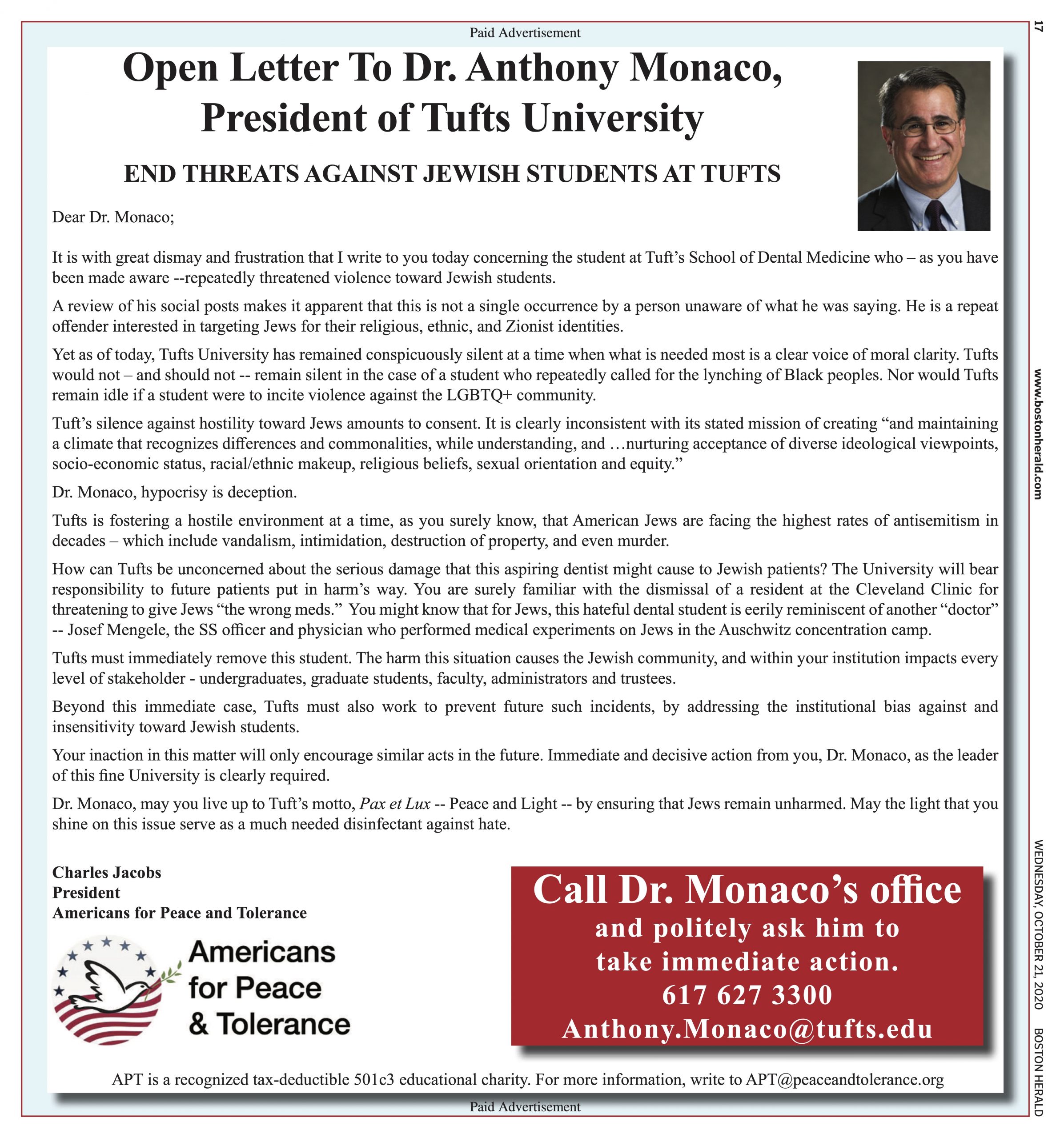 Americans for Peace and Tolerance today published a full-page open letter to Anthony Monaco, president of Tufts University, demanding that he expel a student who threatened Jews and Jewish students, and to initiate programs to address institutional bias and insensitivity toward Jews.

The student in question has a profile on the Canary Mission’s anti-Semite database which documents all of his hateful exploits.

He reportedly reportedly tweeted, “LEMME F**K THIS YAHOOD [Jewish] B**CHES UP YO.” In another violent tweet, Mr. Elayan threatens, “I will f**kin cremate you Jewish b**ch.”

He appears to post general Jew-hatred, such as, “Can ’t stand the yahood [Jews] here” and “You stupid yahood [Jew] you’re like a h.s. teacher get out of my face,” as well as maniacal fantasies of hurting Jews, such as, “Tb to my plan of running around Jerusalem with scissors to cut the Jews’ sideburn curls of… Their hair bothers me so much.”

“Every certain trait I hate about people stems from the average personality of Zionists”; “I do not refer to Zionists as human beings. They are of primitive standards, comparable to the Neanderthal”; and, “They steal your whole country, that’s a Zionist.”

“Israel,” he says, “gets tons of money, weapons, and news coverage because who runs all the major businesses? The yahood [Jews]”; and, “The person who created the SATs was definitely yahoodi [Jews].”

This is only the tip of the iceberg of what Canary Mission has preserved from his tweets, many of which have been subsequently deleted.

Please read our ad and disseminate it to your lists.

Please consider a tax-deductible donation to APT so we can continue our work defending the Jewish community.