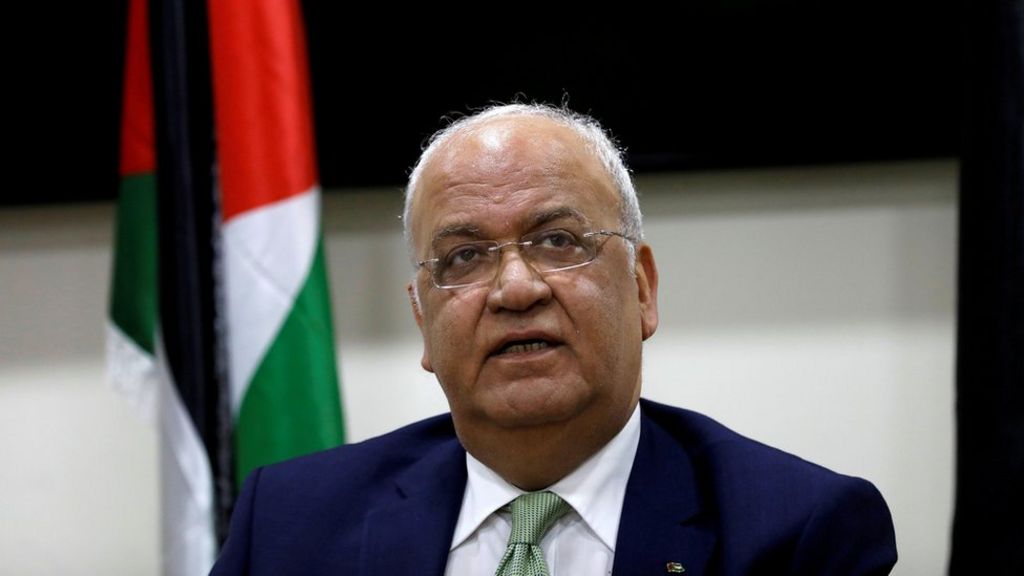 The Jerusalem Post ran an editorial on October 21, 2020 “Erekat’s Hadassah care must be top priority for Israel: Treating chief Palestinian negotiator Saeb Erekat in a Jerusalem hospital should serve as a reminder of what it means to be a Jewish state”

This JPOST piece on treating Erakat mentions the obligation of a Jewish state to provide medical service to a non Jew, presenting Jewish sources on the obligation to treat the non-Jew.

Yet there is no mention of any obligation of Jewish law to treat someone whose raison d’etre is to murder Jews.

Saeb Erakat promoted rewards for anyone who murders a Jew.

Erakat was recently offered a teaching position at Harvard.

That PLO reward for murder legislation was enacted in 2015 as an unprecedented statute on the books of the nascent Palestinian Authority – automatically granted to the killer and to his family – for life.

As a journalist who has accompanied foreign reporters to cover funerals of more than 200 murders at the hands of PLO killers, I can see the faces of their families in front of my eyes as I write this.

A case in point: Following the murder and funeral of Tali Hatuel and her four children, I accompanied a foreign journalist to the home of the PLO killer who had died in the terror attack.

We were greeted by a joyous terrorist family, because the PLO told just them that they would be paid five times, because their martyred son had murdered five Jews, including four little kids.

The PLO did not know about the embryo that Tali was carrying, or they would have paid them six times.

All this is part of the legislation that Erakat promotes .

Perhaps the JPOST will balance this piece by interviewing families who eat their hearts out every day, knowing that the killer of their brother, sister, parent, spouse or child now receives a salary for life for the “deed” of killing someone so precious to them.