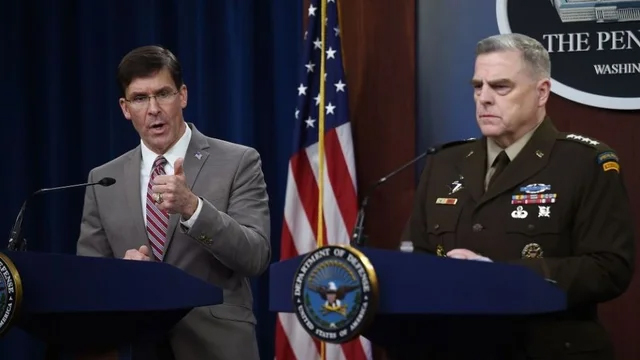 On May 19, 1967, responding to a demand by Egyptian President Gamal Abdel Nasser, United Nations Secretary-General U Thant suddenly withdrew the U.N. Emergency Force (UNEF) that had been created in the aftermath of the 1956 Suez Crisis. The force was a relatively small one; it had been reduced from 6,000 to just under 4,000 troops since first deployed. Nevertheless, it had helped to prevent another war between Israel and Egypt.

UNEF’s withdrawal — despite Nasser’s having moved 100,000 troops and 1,000 tanks into the Sinai several days earlier — led Israel to conclude that it had no alternative but to launch a preemptive strike against not only Egypt, but also Egypt’s allies, Syria and Jordan. The Middle East is still reckoning with the outcome of Israel’s lightning victory in the Six-Day War that followed.

When Israel and Egypt signed a peace treaty in 1979, it was decided to create a force to underpin the new relationship between the two countries. Accordingly, the Multinational Force & Observers (MFO) came into being in 1981. Unlike UNEF, the MFO was not overseen by the United Nations; Israel’s experience in 1967 had shattered its trust in the organization’s ability to withstand pressure to withdraw. Instead, the MFO was a free-standing unit, with both Egypt and Israel coordinating with its operations, with an American director-general, based in Rome, and with Washington contributing about a third of its forces.

Both Secretary of Defense Mark Esper and Gen. Mark Milley, chairman of the Joint Chiefs of Staff, are giving serious consideration to a plan to terminate American participation in the MFO, arguing that it no longer is an American military mission. The proposal is being mooted in the context of the Pentagon’s review of America’s worldwide military posture and its urgent need to focus on growing threats from China and Russia. Nevertheless, it has drawn some criticism, given the MFO’s longstanding role in maintaining stability between two countries that went to war four times between 1948 and 1973.

It is far from the first time that the Pentagon has considered reducing America’s role in the force. In the late 1990s, senior Department of Defense (DOD) officials were questioning the need for America’s ongoing contribution to the MFO. Not long afterward, in the early 2000s, while serving as under secretary of Defense, I was approached by Ambassador Arthur Hughes, then director-general of the MFO, for assistance in identifying funds to replace the force’s aging helicopters. Instead, Secretary of Defense Donald Rumsfeld proposed reducing the force by 97 percent. Although Rumsfeld backed away from his plan in the face of joint Israeli and Egyptian protests, the MFO was reduced by a fifth. Between 2017 and 2018, it was reduced by an additional 36 percent.

The Pentagon’s latest effort to eliminate its participation in the force overlooks the reality that the MFO still has an important role to play in the Sinai. While Israel and Egypt have remained at peace for four decades, that peace is a “cold” one, not at all like the recent normalization of relations between Israel and the United Arab Emirates and Bahrain. The overwhelming majority of Egypt’s populace, as well as its intelligentsia and much of its media, remain openly hostile to Israel. In fact, it is a peace between governments, not people. And governments change.

When the Muslim Brotherhood, led by Mohamed Morsi, rode the wave of the 2011 Arab Spring to overthrow Hosni Mubarak and seize the reins of Egypt’s government, it was not at all clear that Egypt would continue to abide by its commitments under the 1979 treaty. The presence of the MFO, and especially its American component, buttressed by Washington’s ongoing economic and security assistance, served as an effective check on any Egyptian inclination to renew its once hostile relationship with the Jewish state.

Much of the work of the MFO is now conducted with sensors. As a result, it has been possible to reduce its force levels without an impact on its effectiveness; that also has helped to protect MFO personnel from attacks by ISIS militants in the Sinai. The MFO now totals just over 1,150 personnel, about 450 of them Americans. If American forces were to completely withdraw, however, there is no doubt that other countries would follow suit and the MFO would disappear.

Should the Muslim Brotherhood, or some other radical government, once again seize power in Egypt, the absence of America’s small but stabilizing presence in the Sinai might encourage Egypt to rupture relations with Israel and increase its force levels in the Sinai. The prospect of a recurrence of hostilities between the two states would then become very real. And ending what is currently a small American investment in peace could result in America once again being drawn into another unwanted Middle East war.