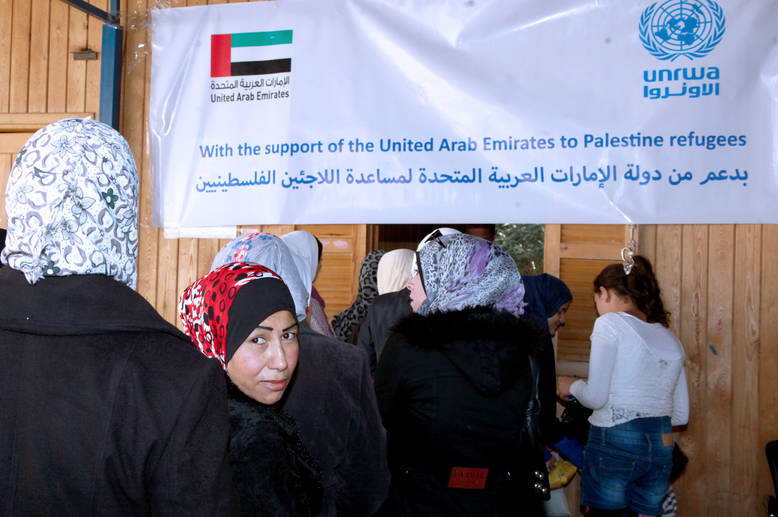 For more than seventy years, Arab regimes have communicated a sole message towards Israel: belligerency; teaching the next generation to engage in a war on the Jews.

Israel’s earlier peace agreements with Egypt (1979), the PLO (1993) and Jordan (1994) were shams, because mutual agreements to foster a  war on terror and advocate for peace were stated with no requirement for implementation, and therefore supported schools and cultural institutions which indoctrinate a “right of return by force of arms”.

The UAE, ​the United Arab Emirates, an Arab nation strategically located between Saudi Arabia and Iran, signed a solid peace accord with Israel which featured unprecedented clauses of rapprochement and clear prohibitions of any form of incitement:

Peace and Stability: The Parties shall attach profound importance to mutual understanding, cooperation and coordination between them in the spheres of peace and stability, as a fundamental pillar of their relations… to take the necessary steps to prevent any terrorist or hostile activities against each other on or from their respective territories… as well as deny any support for such activities abroad or allowing such support on or from their respective territories.

Cooperation and Agreements in Other Spheres: As an integral part of their commitment to peace, prosperity, diplomatic and friendly relations, cooperation and full normalization, the Parties shall work to advance the cause of peace, stability and prosperity throughout the Middle East…

Mutual Understanding and Co-existence: The Parties undertake to foster mutual understanding, respect, co-existence and a culture of peace between their societies in the spirit of their common ancestor, Abraham, and the new era of peace and friendly relations ushered in by this Treaty, including by cultivating people-to-people programs, interfaith dialogue and cultural, academic, youth, scientific, and other exchanges between their peoples… The Parties shall work together to counter terrorism …by preventing radicalization and recruitment and by combating incitement

On paper, the accord with the UAE heralds a new era.

However, there is a fly in the ointment which may soon mushroom into an elephant in the room.

The UAE has quadrupled its aid to UNRWA in the past two years – an entity which does not disguise its enmity to Israel, reaching $51 million.

In that context, Al Hashemy reminded the world that the UAE donated more than $166 million to UNRWA schools, with a focus on Jerusalem.

However, UNRWA schools use the Palestinian Authority textbooks, which do not convey a message of peace.

For the past 21 years, our agency has engaged the services of journalists who have examined all 364 PA texts used by UNRWA, filmed UNRWA schools, and conducted extensive studies which document the terrorist control of UNRWA schools.

Dr. Arnon Groiss, retired deputy director of the Arab Language Division of the Israel Broadcasting Service, who holds a PhD in Islamic Studies from Princeton, direct​s the project to examine all UNRWA text books for 21 years,​and ​ concludes that UNRWA school books can be summarized as:

“Palestine is Arab and Muslim” reads the heading of Lesson 2, with an adjoined map of the Arab homeland replacing Israel with Palestine, under​ the Palestinian flag, in a “National and Social Upbringing” textbook for grade 4, semester 1, page 8.

The book was issued by the Palestinian Authority in 2020, and it is in use in​ ​UNRWA schools.

Since August 1, 2000, UNRWA has only allowed textbooks issued by the Palestinian Authority to be used in the UNRWA schools. These schools teach 321,000 students in the UNRWA facilities that operate in Judea, Samaria, Gaza and Jerusalem.

On United Nations Day, October 24, 2020, the director of UNRWA West Bank Operations,  Ms. Gwyn Lewis, issued a fervent statement to all UNRWA donor nations, claiming that any criticism of the textbooks they use in UNRWA schools is ​​not only unfounded, but also harms their chance to attain the great achievements guaranteed by UNRWA education.

Ms. Lewis does not mention that UNRWA teaches Palestinian children and youth​ ​that Israel – a UN Member State in good standing – as well​ ​its six million Jewish citizens, should not exist (UNRWA removes their​ ​cities, including Tel Aviv, from maps in UNRWA schoolbooks), and that the​ ​solution to the present conflict is not peaceful – as advocated by numerous UN resolutions, but rather should come by means of a violent struggle of liberation which does not end at the 1967 lines.

However, UNRWA  does ​​not apply  these important ​human rights ​values to the Israeli-Palestinian conflict – but rather to Palestinian society alone.

It is not peace with the world that UNRWA seeks, but peace without Israel.

This brings us to the core issue: UNRWA’ s betrayal of its commitment to the well-being of the children under its care.

UNRWA prepares Palestinian children to wage endless war against their Israeli counterparts, with disastrous effects on both.

This is precisely the opposite of what an agency of the United Nations should teach.

All 364 schoolbooks used by UNRWA can be found at our office at Beit Agron in Jerusalem. We encourage concerned individuals to examine the UNRWA books for themselves. At this time, not a single schoolbook mentions peace with Israel.

In the interests of transparency and broad engagement, our agency has created a website with all PA/UNRWA texts posted, at paschoolbooks.com

UNRWA incitement is not confined to textbooks. In consecutive elections since 1999, Hamas has overwhelming won the UNRWA teacher’s union elections. With Hamas leaders serving as principals and teachers for UNRWA, what might one expect?

Crucially as well, let us recall the AL Kutla youth clubs that our staff regularly visits in UNRWA schools, where children are trained for terrorism.

Perhaps the unkindest cut of all is the presence of the singing youth idol, Mohammad Assaf, who frequents UNRWA facilities with melodious songs of war. Despite his message which contradicts UN values, UNRWA hired Mohammad Assaf to be their youth ambassador. Our coverage of his concerts for UNRWA can be found on our new comprehensive site, UNRWA-Monitor.com

Muhammad Assaf is in for a surprise. MK Avi Dichter, former head of the General Security Services, otherwise known as Shabak, viewed the Assaf appearances, which incited violence – as reported on our site – and demanded from Israel Security that Assaf be barred from his native UNRWA habitat in Gaza.

The Israel Ministry of Defense has followed suit and has forbidden UNRWA from hosting Mohammad Assaf.

The UAE now heads the rotating chair of the UNRWA Advisory Committee, which comprises the major donor nations to UNRWA.

Thus, the UAE is in the position to advocate for a new spirit of peace and reconciliation in the UNRWA school system, which would reflect the Abraham Accords.

The hesitancy of the US and Israel governments to say anything creates a golden opportunity for investors to ask the UAE to advance peace and reconciliation in the UNRWA schools.

According to the Manufacturers Association of Israel, at least 200 Israeli companies now export products to the UAE.

It is in the interests of the Israeli corporate sector  to see to it that the UAE invest their profits in the creation of a conducive atmosphere of peace, for generations to come.