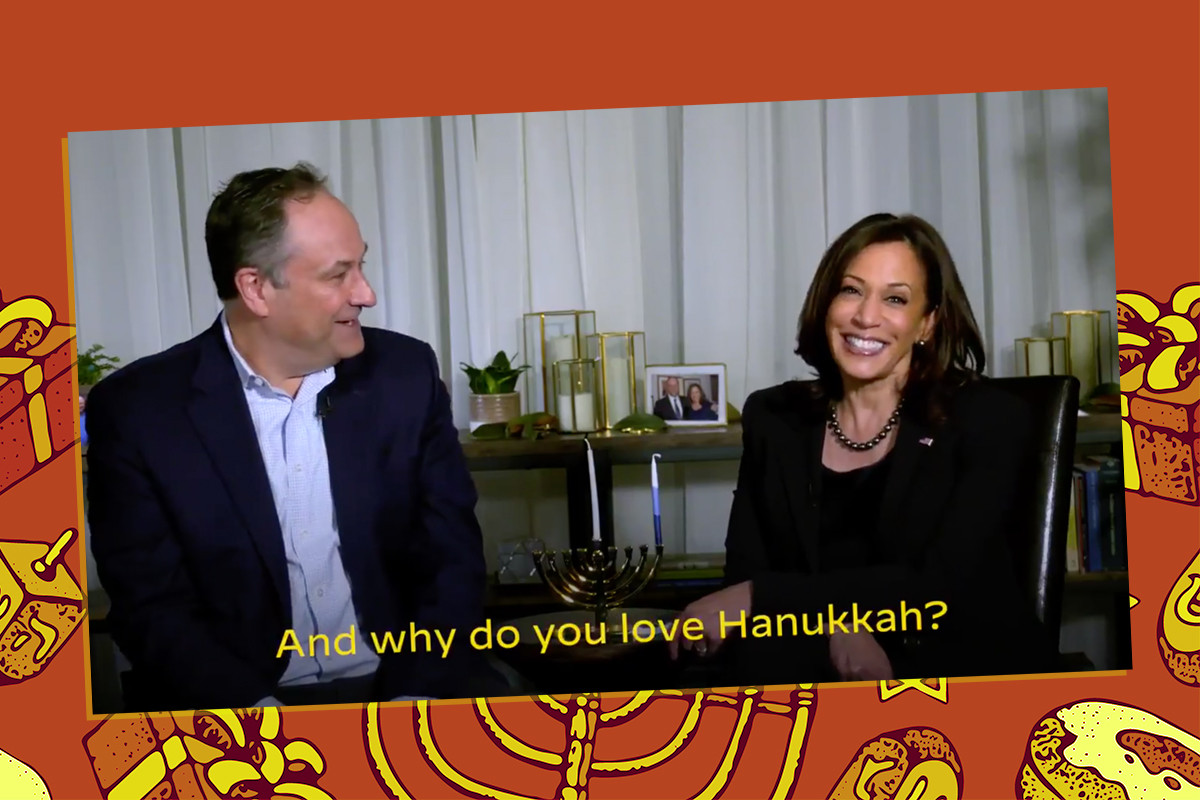 Hanukkah is one of our favorite holidays — and a reminder to spread the light at a time when we’ve never needed it more.

From our big, modern family to yours, happy Hanukkah! pic.twitter.com/KbkisZooCO

As I see it , the danger lies in distorting the meaning and intent of the Hasmonean revolt against the Syrian occupation.

It was a historic battle for intellectual liberty.

If one may paraphrase Churchill’s tribute to the RAF during the battle of Britain, we may say of the Maccabees that never before in the history of human conflict have so many owed so much to so few.

Had the Maccabees failed there would be no Judaism, no Jews and no Christianity or Christians.

Neither would there be Islam, the Renaissance, Enlightenment or the Declaration of Indepencence.

It may be a fact that the world speaks about the “occupied territories”.

However, the last of the illegal occupiers, the Jordanians, no longer wish to occupy Judea and Samaria.

The sovereign Jewish nation of Israel was conquered and occupied by Assyria, Babylonia, Persia, Greece, Rome and finally the Ottoman empire. World War I allies defeated the Ottomans and Britain was the temporary custodian of Palestine; the Latin-English name for Israel/Judea.

The Romans would refer to the rather rebellious province derisively as Palestina (Philistia).  My consternation over Harris’ rendition of Hanukah is not simply about a revisionist history, like the one Obama offered in his recent memoir. https://worldisraelnews.com/watch-obamas-revisionist-history-in-new-memoir-besmirches-israel/

My concern derives from the fact that 70% of American Jewry supported a political legacy and its candidates despite the lie which remains the cornerstone of their Middle East policy.

Both Obama and Harris are lawyers and one might have believed that a lawyer, like a historian, realizes that the sequence of events is quite relevant to adjudicating the issue of who is the rightful owner of this property.

While Harris has not yet described the Temple Mount as the “holiest site in Islam”, she did describe Hanukah in such vapid language as if the Maccabees never existed.

This kind of omission is somewhat like describing the American victory against Japan without once mentioning the Marines.

Of course her Jewish husband sat alongside grinning.  By allowing Harris to trivialize one of the most courageous episodes in western civilization, by speaking inane sentences about “light, joy and tikkun olam” we betray our ancestors.

What is the miracle celebrated on Hanukah? Is it light and joy?

No, the miracle was the fact that the few defeated the many.

The message of Hanukah, the one understood by our Founding Fathers, is that there can be no joy and light without courage and sacrifice.

And Hanukah remains today as American leaders once again find ways to sign a treaty with Iran rather than thwart its efforts to annihilate Israel.

We must resist the saccharine rendition of Hanukah which, in the revisionist history of an anti-Jewish culture, would remove the Jews, their values and their courage from the history of civilization.

The essential meaning of Hanukah is not about the light but about the people who kindled that light. Happy Hanukah and remember the Maccabees!