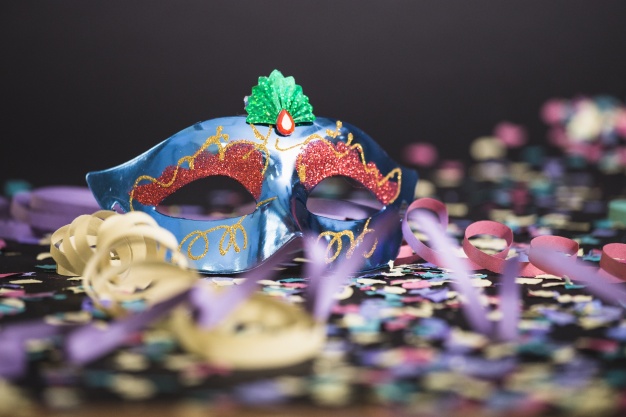 The face masks have been taken off, the fancy dress costumes have been stored away and once again we are back to the real world.

While we were celebrating the defeat of Haman and his willing partners and temporarily deluding been vanquished, the successors of those very same schemers have ourselves that those plotting our demise had been hard at work.

Post-Purim realities are certainly not a time to be mesmerized by visions that promote mirages. They are rather a time for further wake-up calls and a call to arms for those dedicated to the eradication of the longest surviving virus which keeps mutating in every generation.

Vaccines may or may not eventually defeat COVID but we have learned to our bitter cost that virtually nothing eliminates irrational hatred of Jews as a People, Faith or Nation. Education is touted as a potent weapon and indeed it can be but only if the whole population, teens to adults, is exposed to it. Failing to make Holocaust studies a compulsory part of the high school curriculum will doom the message to a select few who will then grow up to become susceptible to each and every hate monger who pops out of the undergrowth.

The toxic results of this can already be felt and seen as the tsunami of Israel hate morphs into the age-old libels against Jews wherever in the world they may reside.

Haman and his co-conspirators may have been consigned to the trash can of history but his progenitors are alive and active.

It should not be too difficult to identify the main culprits but for some inexplicable reason, those who should be at the forefront of doing so are missing in action. That is how it has always been for the last two millennia. If not actually actively involved in persecuting Jews, turning away and pretending not to see, know or hear has been the order of the day.

Why should today’s reactions be any different? Seventy-six years after the Shoah the annual declarations of “never again” sound increasingly hollow as Amalek’s successors are busy plotting their next moves.

Here is what they have been up to this past week.

The Palestinian Arab Authority in Ramallah and the Hamas terror group based in Gaza are taking full advantage of the new winds blowing from Washington. With dollars about to flow into their bottomless coffers again and sympathetic officials prepared to ignore and forgive any and every outrageous action, the future looks bright. Faced with State Department sympathy now is the best opportunity to repeat lies which had guaranteed in the Obama days plenty of condemnations of Israel and pressure to accommodate policies inimical to our security.

Thus, with the sanction of the Hashemite Monarch of Jordan, whose country managed for 19 years to ethnically cleanse Jews from their homes in Jerusalem and deny Jews the right to pray at the Kotel, old recycled incitement is once again circulating.

Jordan and the PA have officially condemned visits by Jews to the Temple Mount as “provocations, incursions by extremists practising public Talmudic rituals and prayers.”  These are the champions of religious freedom and democratic values which the new US Administration and the chorus of UN members demand that we appease. One does not have to be a genius to predict the logical result of Jerusalem being divided again and handed over to those who deny any Jewish connection to the city. Yet this is exactly what UN Resolution 2334 demands.

The following appeared on an official PA news site: “Europeans created Zionism to get rid of its Jewish problem. Jewish history in the Land of Israel was invented by Europe to trick the wicked Jews into leaving.” Did you hear of any condemnations and outrage by the international community as a result of these false assertions? Of course not and you are never likely to do so.

Instead, we have European leaders and now US State Department spokespersons cautioning Israel not to make any unilateral moves which will “imperil a two-State solution.” Can you think of anything more asinine? It just proves that past failed fantasy policies can be endlessly regurgitated with the enthusiastic assistance of clueless officials and progressive NGO’s liberally funded by European and Scandinavian Governments assisted by our own self-loathing individuals.

This total disinterest in calling the purveyors of incitement to account also results in academics pontificating with impunity. A Professor at Bristol (UK) University has called for “the end of Zionism as a functioning ideology of the world.” For good measure, he also branded Jewish students who belong to the university Jewish students’ society as stooges and “agents of a colonialist, racist and illegitimate State.” Despite outrage by UK Jewish groups the university concerned has taken no steps to deal with these lies. Instead, over 200 fellow academics (no doubt Jews among them) have rallied to his right to disseminate this rubbish. It is not difficult to see how repeated incitement of this kind, reminiscent of pre-war Nazi and Fascist tactics, waters the fertile soil of Jew and Israel hatred.

The Iranian Mullahs of course observing these trending events can only take pleasure and comfort from them. That is why they are acting with increasing impunity in thumbing their nose at the international community. They know that the worst that can happen will be toothless resolutions and sanction removal as they hurtle towards achieving their aim of wiping Israel off the face of the map. The IAEA is effectively neutered, terror surrogates are armed and funded as the bully boy tactics are ramped up. A South Korean vessel has been hijacked and a ransom demanded. According to news reports, the South Koreans agreed to “cough up” after having received the go-ahead from the USA. The logical conclusion must therefore be that appeasement is once again back in favour.

On Purim, it has become a much-loved custom to perform skits which poke fun at politicians and everyday events. Once the holiday spirit subsides however we are faced with the stark reality that what might have seemed gross exaggeration is in actual fact only too true.

No sooner had we finished celebrating the fact that good had triumphed over evil, news reports should have brought us back down to earth with a thump.

The United Nations announced that Syria is set to be elected to a senior post on a UN decolonization committee charged with upholding human rights including subjugation, domination and exploitation of people. The fact that there has not been universal outrage over this travesty should warn us that once again we have only ourselves to rely on when it comes to survival in an indifferent and hypocritical world.

It is tragic that despite everything that has happened to the Jewish People there are still some who prefer to pretend nothing is amiss and who in many cases work actively to support those who seek our elimination from the scene.

The time to remain silent and not rock the boat is long past. It has never worked and never will.

Stay tuned for some more “whoppers” next week.