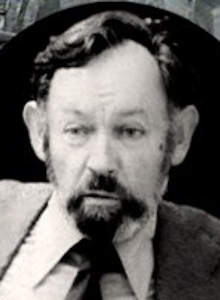 See painting HELP FROM THE NEW WORLD and narrative in pdf, click here.

Hillel Kook (aka Peter Bergson) was a founder of the Irgun, was one of the few “Jewish Wallenbergs”, arranged weapons for the newborn State of Israel via the Altalena ship, and was a member of the first Knesset. Elie Wiesel said “Hillel Kook was a great man!”.

Dr. Becky Kook is his daughter. She is on the Ben Gurion University Political Science faculty.

Hillel Kook established and led a high-level  group in America, the Emergency Committee for the Rescue of European Jewry (aka Bergson Group), which even included Congressmen and had Eleanor Roosevelt’s support. Kook and the group tried to save as many of European Jews as possible during the Shoah.

The Bergson Group’s important actions were frequently severely “obstructed” by some of America’s main “progressive” Jewish/Zionist “leaders” and their organizations. Jews in Europe paid the price.

Due to the Bergson Group’s persistent and effective activism and intervention by Jewish Secretary of Treasury Henry Morgenthau and his team at the Treasury Roosevelt established the War Refugee Board in January 1944 (way too late!). It saved tens of thousands or more Jews, partly via the Wallenberg Mission to Budapest, which was arranged by the WRB,

Although there are reliable history book and documentary films about Hillel Kook and his important activism during the Shoah the main Holocaust centers, especially Yad Vashem, refuse to appropriately present his deeds. They deprive especially youth of authentic role models, block truthful representation of an important part of the Holocaust: Rescue and its Obstruction by Jews and prevent long overdue collective soul searching (hesbon nefesh).