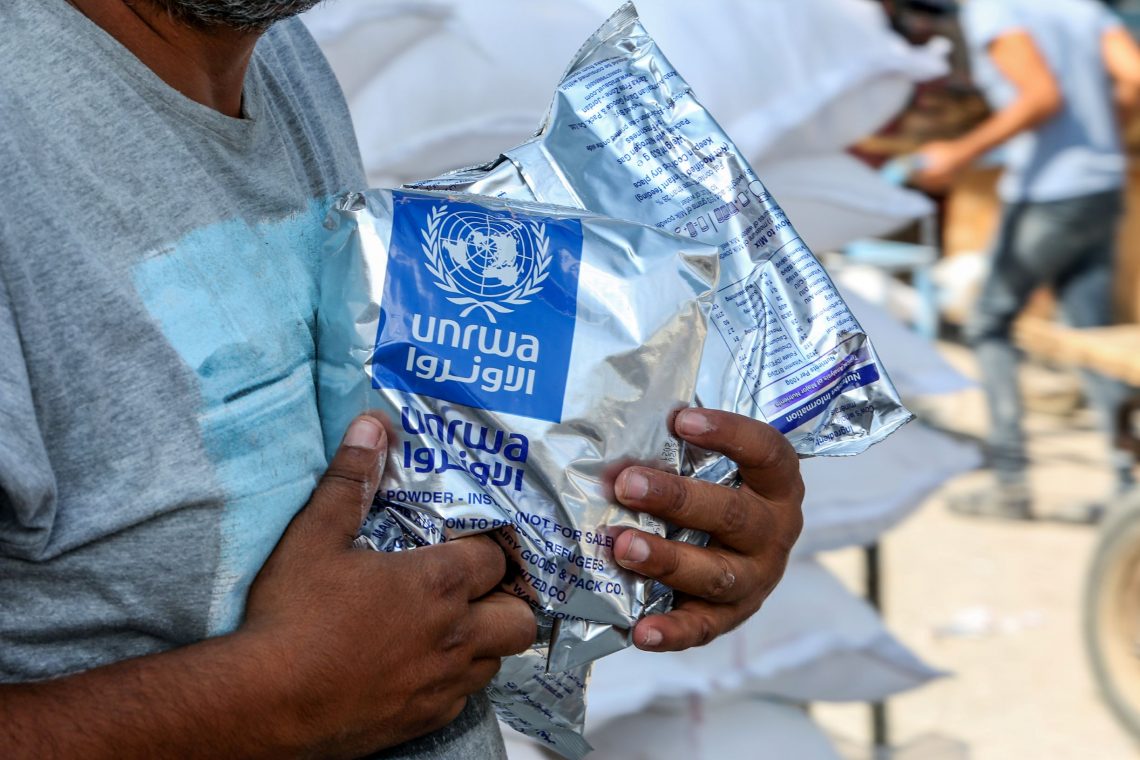 A decades-long critic of the UN’s Palestinian refugee agency has hired his first lobbying firm to try to put the brakes on the Joe Biden administration’s stated intention to restore funding for the beleaguered organization.

David Bedein of the Jerusalem-based Nahum Bedein Center for Near East Policy Research has retained Edward Kimball and his Maryland firm EJK to lobby on US assistance to UNRWA, the UN Relief and Works Agency for Palestine Refugees in the Near East. The contract was effective March 22.

Bedein is a longtime critic of the agency, which he accuses of inciting Palestinian children to hate Israel. He grew up in Philadelphia but moved to Israel in 1970, where he has long produced books and movies that fault UNRWA for fueling the Israeli-Palestinian conflict.

“UNRWA is supposed to be a humanitarian organization [but] focuses basically on preparing the children of the descendants of these refugees from 1948 for total war against the Jews,” he told Foreign Lobby Report.

UNRWA provides schooling, healthcare and social services to five million people in the Palestinian territories, Jordan, Syria and Lebanon. The agency has long rejected Beiden’s claims, accusing him of blaming UNRWA for activities that occur at facilities it has no control over.

President Donald Trump cut off US assistance to the agency in August 2018, with the State Department at the time calling it an “irredeemably flawed operation” despite continued support from Congress. The decision followed the Palestinians’ rejection of US-sponsored talks after Trump recognized Jerusalem as Israel’s capital the previous December. The US was the agency’s largest bilateral donor at the time, providing a third of its $1.1 billion budget in 2017.

The lobbying push comes after Deputy Ambassador to the UN Richard Mills first told a virtual Security Council meeting back in January about the new administration’s plans to restore funding to UNRWA.

“The reason the timing is so important is that President Biden is considering renewing funding for UNRWA without any conditions,” Bedein said. “Now funding isn’t going to stop — that’s going to continue. The questions are what the conditions are going to be. That’s the issue.”

A well-known advocate before Congress and parliaments in Canada and Europe, Bedein got the ball rolling on March 17 with a virtual briefing for House and Senate staffers. He said 24 staffers attended, including aides to Democratic Sens. Chris Coons and Tom Carper from President Biden’s home state of Delaware.

“I was very pleased that … both senators from Delaware sent their staffers, which means that perhaps the president or his office will have gotten some feedback,” he said.

A week later Bedein hired Kimball, whom he said is helping set up meetings with congressional staff on the Appropriations committees that control US aid spending. Kimball served as an aide to former Rep. Sue Myrik (R-N.C.) more than a decade ago before serving as the director of US operations for the pro-settlement Israel Allies Foundation, between 2014 and 2016. At the time US recognition of Jerusalem as Israel’s capital was a top priority for the group, he said.

Kimball said he was working for and paid by a US-based organization, which Bedein’s center is affiliated with. Bedein for his part said his center, which is named after his late brother, was funded by “private family foundations only” and did not accept any government money, either from the US or foreign nations.

Current law already requires the State Department to report on whether UNRWA is following a set of guidelines, including “taking steps to ensure the content of all educational materials currently taught in UNRWA-administered schools and summer camps is consistent with the values of human rights, dignity, and tolerance and does not induce incitement.”

But some pro-Israel groups — including Bedein’s — are calling for further reforms, including paring down the definition of Palestinian refugees to only the surviving Palestinians who were displaced at the formation of Israel in 1948 instead of the current count of 5.3 million, most of whom are descendants of the original refugees.

Those efforts have stepped up since Biden’s election, with Rep. Doug Lamborn (R-Colo.) following the lead of the hawkish Foundation for Defense of Democracies by leading a Dec. 11 congressional letter to then-President Trump urging him to declassify the State Department count of how many refugees receiving welfare from UNRWA were alive in 1948. Following reports in Israeli media that the agency handed out textbooks to students that glorify jihad, the American Israel Public Affairs Committee (AIPAC) in January called on Congress to “require changes and reforms that can effectively and appropriately deliver humanitarian aid to the Palestinians.”

Congress should require changes and reforms that can effectively and appropriately deliver humanitarian aid to the Palestinians. https://t.co/Myp6wZVugj

On the other side of the spectrum, the nonprofit UNRWA USA National Committee, which advocates for support to the agency, is urging its followers to contact Congress to back the Biden administration’s calls for restoring funding.

“Since 2018, the Palestinian people have been the only civilian population in the world the United States denies access to its humanitarian assistance,” the committee says in its congressional appeal. “Among the implications for UNRWA; class sizes approaching 50 students, physicians now seeing up to 80 patients a day and reduced assistance for essential needs like food and housing.”

And the liberal group J Street lobbied in the fourth quarter of last year in favor of a letter circulated by Reps. Debbie Dingell (D-Mich.) and Rashida Tlaib (D-Mich.) “advocating restoration of congressionally appropriated humanitarian aid to the Palestinian people, specifically highlighting UNRWA and the health care workers and teachers it is not able to fund in the middle of the COVID-19 crisis,” according to lobbying records.