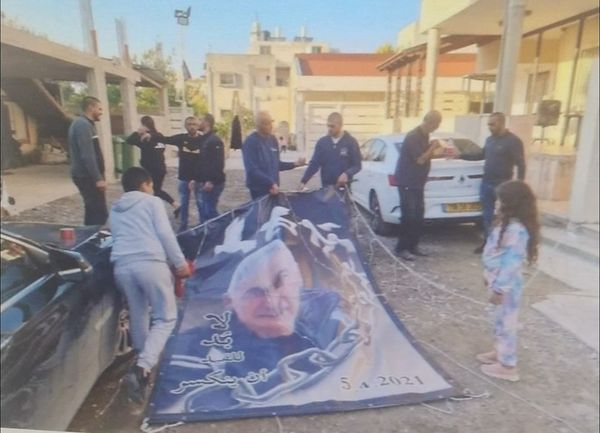 An Israeli Arab felon, Rashdi Abu Moch, was released this week from jail after 35 years.

Abu Moch had murdered Moshe Tammam, an Israeli solider, in 1984.

Abu Moch’s village held a homecoming festival in honor of the killer, as described here in:

Shimon Peres, former President of Israel, had commuted Abu Moch’s sentence to 35 years, instead of life, as a gesture of peace.

The Palestinian Authority, acting on its unprecedented law that provides a salary for perpetuity for anyone who murders a Jew, has granted a hefty fee to Rashdi Abu Moch for the murder of Moshe Tammam.

Perhaps this would be the appropriate time to mobilize international pressure on the government of Israel to confiscate the murder fee awarded to Abu Moch.

Otherwise, the award to Abu Moch provides an incentive for anyone to murder a Jew and make a mint in the process.

To kill a Jew because that person is a Jew constitutes an act of genocidal motivation, a capital offense in Israel.

Full Disclosure: Exactly sixty years ago, on April 11, 1961, I was glued to our family television in Philadelphia, watching the Eichmann trial open in Jerusalem.

Although I was not yet 11, I had been already been hooked on murder trials on the Perry Mason show, when the prosecuter would always ask for the death sentence in cases of premeditated murder.

What I heard with young ears from the Eichmann trial My grandfather explained to me that there was only one law in Israel where capital punishment could be enforced: If the killer acted out of genocidal motivation. And that was the precise motivation of
Rashdi Abu Moch – to kill Moshe Tamam because he was a Jew.
Israel must not allow Rashdi Abu Moch to gain any further profit from that murder.