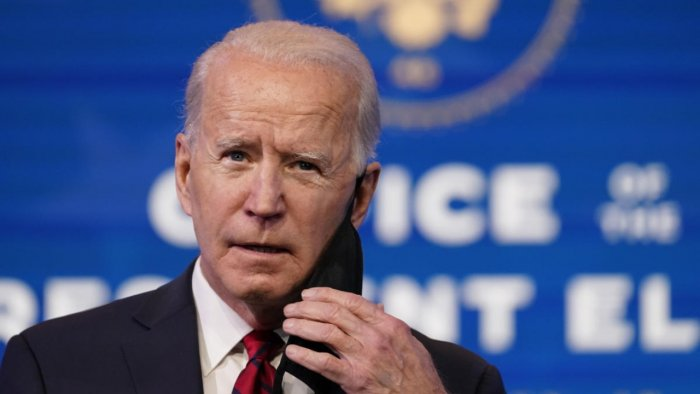 The Biden administration’s recent decision to provide $150 million in funding to the United Nations Relief and Works Agency repeatedly cites concerns with how the COVID-19 pandemic is affecting Palestinians. The message is clear: The best way to end Palestinian suffering and to aid in legitimate aspirations is to fund the agency, which the Trump administration cruelly ended. 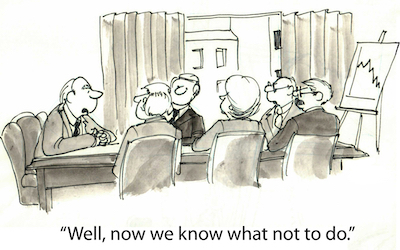 But this message is false. Indeed, funding the agency exacerbates Palestinian suffering. Rather than ending human agony, the agency has served as what amounts to a propaganda ministry, driving the Palestinian war machine that harms average Palestinians.

The agency was founded in the aftermath of Israel’s war for independence to help deal with all refugees from that conflict, including Jewish refugees from Arab countries. But as virtually all refugees located in Israel, whether Jewish or not, were quickly resettled and granted citizenship, what we now call Palestinian refugees are those not accepted by Arab states as citizens. Instead, they were used as pawns by Arab regimes to sustain the war against Israel.

While not originally the case, in the 1960s, the agency adopted a unique definition of a refugee that allows refugee status to be passed through subsequent generations, allows a citizen of another state to remain a refugee, and allows people living in the West Bank and Gaza to be considered refugees in their own homes. This makes them the only “refugee” population in the world that has massively increased over time, from about 700,000 in 1950 to about 6 million today. Coupled with the claim that all Palestinian “refugees” have a “right of return” to all of Israel, this intentionally undermines Israel as a Jewish state.

For years, Congress has attempted to shed light on this farce by demanding the State Department release a congressionally mandated report that gives the number of refugees under a normal definition. While this number technically remains classified, then-Secretary of State Mike Pompeo tipped his hat to this truth toward the end of his tenure, pointing out the real number is less than 200,000. While it is probably far less than that, perhaps 30,000, his statement at least acknowledges that people generations removed from the 1947 conflict aren’t meaningfully “refugees.”

The agency’s real job in practice isn’t taking care of refugees but propagandizing against Israel’s existence. Anyone who has seen an agency “refugee” camp firsthand, as I have, will immediately notice two things. First, it’s not a “refugee camp” in any normal sense of the word. There are no tents, temporary facilities, or other signs of a recent catastrophe. Instead, it resembles a poor area of most any city, complete with institutions aimed at helping the needy. Second, it features nonstop propaganda aimed at telling Palestinians that the “right of return” to a country that 99.5% of them have never known is their ultimate goal in life, with a few homages to suicide bombers thrown in. These messages are repeated ad nauseam. 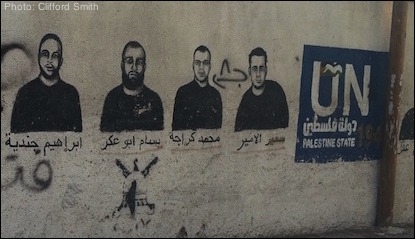 A wall in the UNRWA camp in Aida, the West Bank, celebrates the likes of Ibrahim Jundiya (left) and Bassam Abu Akr (2nd from left), both in jail for masterminding suicide bombings in Israel.

But it isn’t limited only to public artwork. The agency’s schools frequently laud violence and demonize Jews, and teachers employed by the agency even praise Adolf Hitler.

These unfortunate realities do not mean that there are no Palestinians in need. Corrupt leadership and the futile, propaganda-spurned efforts to destroy Israel have left many Palestinians far worse off than they ought to be. However, funding the agency is not the right way to help needy Palestinians. The State Department simultaneously announced new funds for Palestinians to be administered through the United States Agency for International Development and not through the agency. While the USAID has its own problems, such as funding extremism, at least it isn’t institutionally dedicated to eliminating Israel.

In other words, the effect of funding the agency is to perpetuate a status quo that leaves Palestinians poor, stateless, oppressed, and dedicated to eliminating Israel rather than building their own polity, economy, society, and culture.

Were the agency to adopt a normal definition of a refugee, not one aimed at ending Israel, and cease funding violent, anti-Semitic agitprop, it could help alleviate problems. But the agency has rebuffed attempts at change from its foul mission of destruction.

The Biden administration should reverse course.