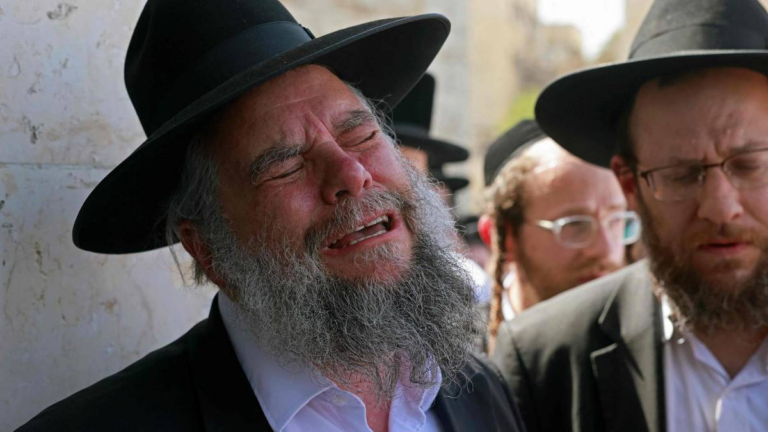 Before I turn to the national tragedy that will be a major focus of this posting, I want to call the attention of my readers to a terror attack that took place yesterday (Sunday) evening: A drive-by shooting at the bus stop at Tapuach Junction, a major crossroad in the Shomron. 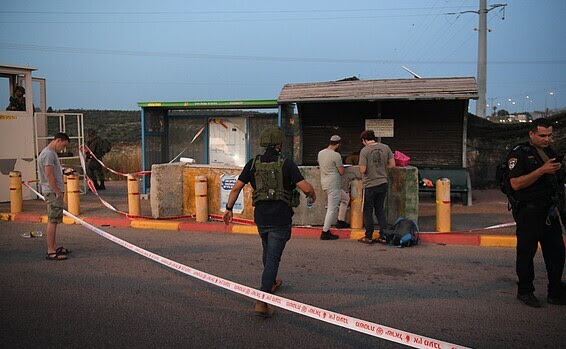 This junction, which is located within the boundaries of the religious community of Kfar Tapuach, has been the site of multiple attacks by terrorists over recent years.

On Sunday, three yeshiva students, all aged 19, were shot. One, Amichai Challah, received light injuries and was released after a brief time in the hospital. The other two, Yehuda Guetta and Benaya Peretz, who both took shots to the head, are in critical condition in Beilinson Hospital. Doctors are working to save the life of Yehuda.

And so, please, pray for them: Yehuda Ben Milka, Binaya Ben Aviva, and Amichai Ben Ronit. This is what we can do now.

I confess, there is for me no professional objectivity when reporting on incidents such as this one.

There was an IDF presence at the junction when the shooting took place, and soldiers shot at the attackers. But as the shooting was done from a moving car, the terrorists were not hit. A search for them is in process and they will be caught. This we can do. In my opinion, after they are tried and found guilty, they should be sentenced to death. They will not be (in good part because of a left-leaning Supreme Court).

In the course of the search for the culprits, IDF forces entered the Arab village of Beita, south of Shechem (Nablus). There they encountered Arabs who rioted and threw rocks and Molotov cocktails at them. 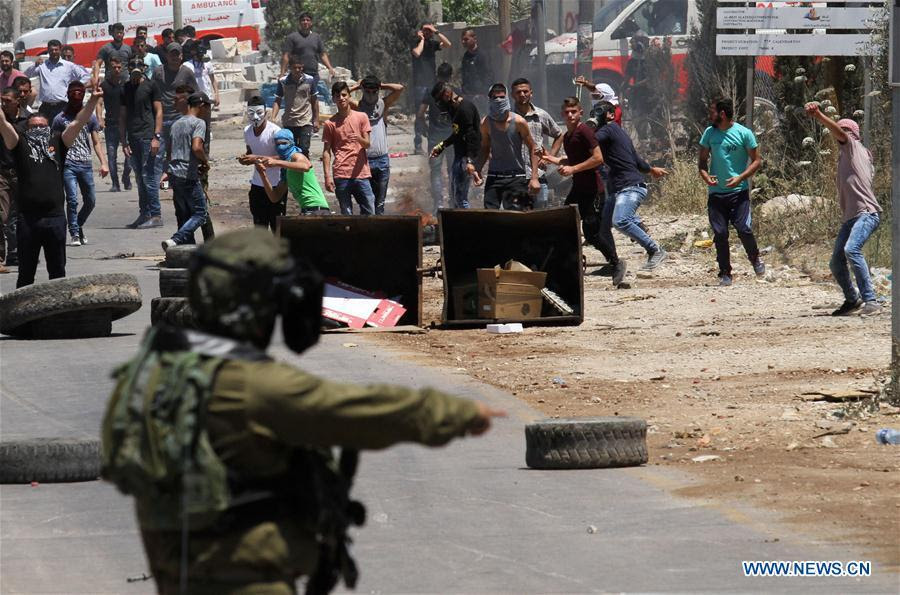 The soldiers responded with live fire and at least one villager was killed.

It’s important to note the response of these Arab villagers. Let no one imagine that the terrorists who shot our yeshiva students were operating alone and without broader sympathy.

And it’s not just the sympathy of villagers. It’s also Fatah, which is the main party of the Palestinian Authority. See Fatah Facebook messages put out yesterday, May 2:

“The Fatah Movement’s Nablus branch emphasized that resistance is a natural right of the Palestinian people against the Zionist arrogance.”

There was, additionally, an appeal to destroy evidence of the comings or goings of the terrorists: “…we call on you to get rid of the contents that were stored in the [security] cameras of your homes or your businesses today…”

The attack may very well have come in response to incitement regarding the Temple Mount, which I have been writing about. The Mount is the flashpoint and Arab radicals make charges that are devoid of truth, but which inflame the masses:

Islamic Jihad declared that the attack was “a message on behalf of the entire Palestinian people that Jerusalem is a red line and that harm to the holy places will explode in Israel’s face.”

According to Hamas, the attack was “a natural response to Israeli aggression in Jerusalem and the Al-Aksa Mosque. Palestinians are being called upon to escalate opposition to plans by Israeli elements to break into the Al-Aksa Mosque on Jerusalem Day.” (Emphasis added)

There are, of course, no plans to break into the Mosque on Jerusalem Day, which is next Sunday night and Monday. But security officials are concerned that more attacks may be coming.

In light of the current situation, the IDF Division for Yehuda and Shomron has been reinforced.

Charges leveled at Israel by Mahmoud Abbas of the Palestinian Authority also have the potential to incite violence. 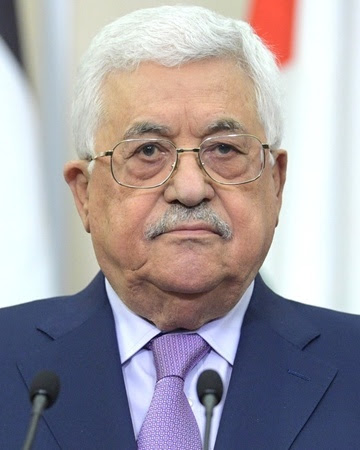 Credit: on this day

The PA had announced May elections, both legislative and presidential, at the urging of the US, which wants to cast the Palestinian Authority as a “democracy in the making.” You can ask Secretary of State Blinken about this. The PA has not had elections in 15 years.

Abbas has not been eager for these elections, both because Fatah, the mainstay of the PA, might well lose to Hamas, and because he is being challenged by others for his position. (I will deal more extensively with this in another posting.)

What he did, then, was make a major deal of the fact that it was important that Palestinian Arabs who have residency cards for Jerusalem be permitted to vote in Jerusalem. Israel is not eager for this to happen (as there are jurisdictional/sovereignty issues) and has restricted campaigning, but has not overtly declared that such voting would not be permitted.

Nevertheless, Abbas has suggested that the elections have to be postponed because the right to hold elections in eastern Jerusalem has not been guaranteed by Israel.

And now looking back some days earlier to the national tragedy that occurred in Meron, in the upper Galil near S’fat, past midnight on Thursday, which was Lag B’Omer. It is said to be the largest civic tragedy in Israel’s history.

Meron is the burial place of Rabbi Shimon bar Yochai, a Second Century sage known as the Rashbi. It is traditional for Haredim (Ultra-Orthodox) by the thousands and tens of thousands to visit his gravesite on Lag B’Omer, to light massive bonfires on the mountainside, and to celebrate with music and dancing.

Last year corona interfered with the celebration; this year, some 100,000 attended, and this was said to be a low number compared to previous years. 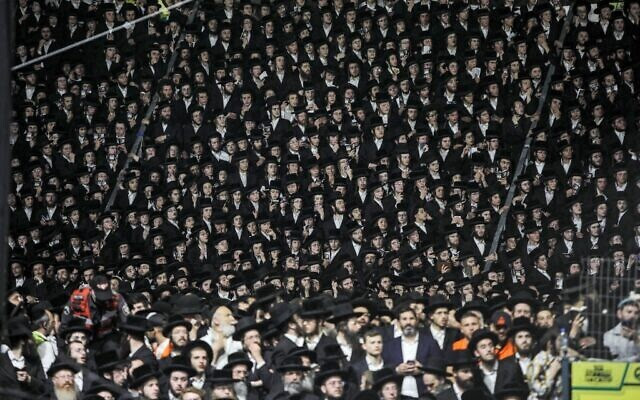 The tragedy was the result of massive crowds moving on a metal walkway that was on an incline coming down the mountain, and slippery apparently because it was wet. The walkway led to a stairway that was not secure.

Apparently, some people fell, but there was so much pushing from behind, with the mass of people, that they were trampled. It is difficult for me to envision, as it may be for you. But this sort of catastrophe does occur from time to time, at over-crowded sports events and at the Haj in Mecca. People stumble and are stepped upon by the crowd, which is being shoved from behind and cannot stop.

In the end, at least 45 people, mostly Haredi and including children, were killed. 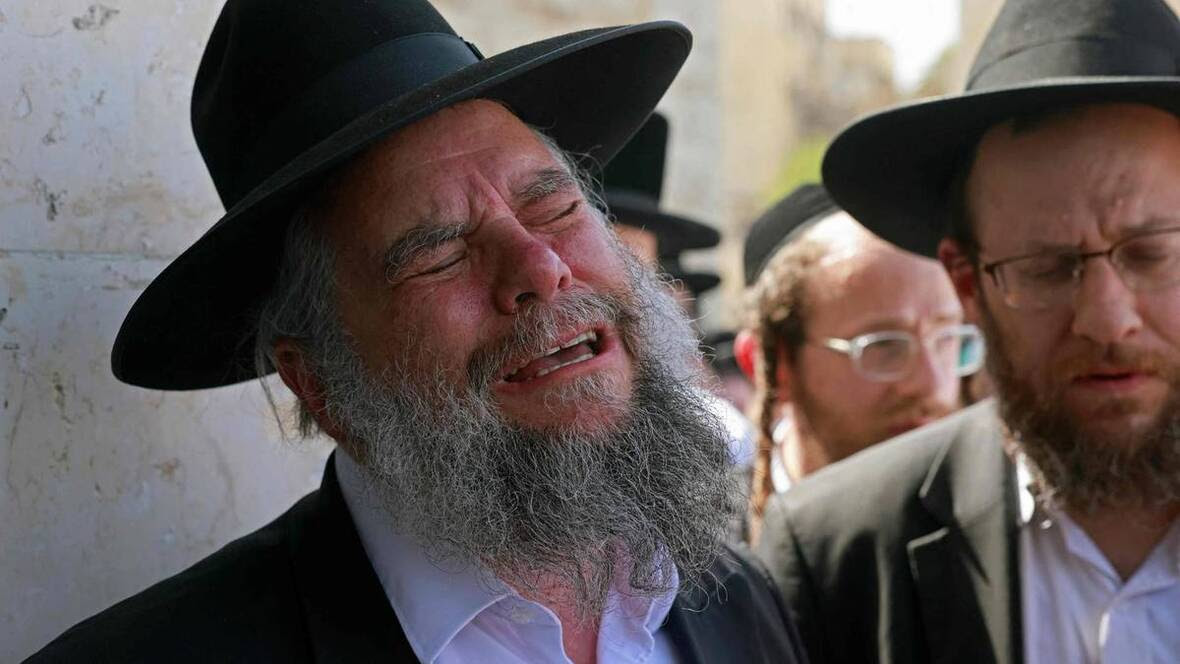 There was a good deal of finger-pointing in the wake of the tragedy, regarding who was responsible.

But there was also a great deal which we as a nation did right and can be proud of. The rescue organization Zaka did a superlative job, especially with regard to retrieving bodies of those killed and attending to injured.

Hundreds of Israelis donated blood for those injured.

Additionally, residents of nearby Arab villages set up stations to offer food and drink to people coming down the mount after the tragedy. Initiatives to help the evacuees were launched in the villages of Tamra, Jish, Yarka and Peki’in. While many families in the Druze village of Beit Jan had opened their homes to evacuees and rescuers from the disaster. 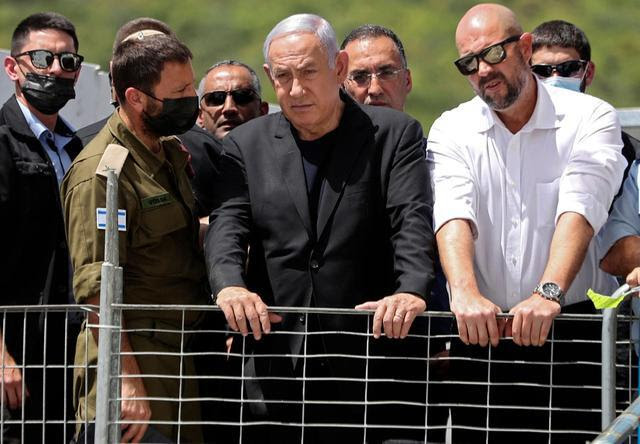 He then declared Sunday to be a day of national mourning.

In the end, how do we unravel this horror and make sense of it somehow?

What is clear is that the site at Meron was a tragedy waiting to happen. There had been extensive warnings about the situation there over the years.

But what also emerges is the fact that there was no clear governmental jurisdiction over the site. This was, as I have come to understand it, at least in part a function of the enormous de facto autonomy exhibited by the Haredi community (which actually consists of a number of different groups).

This autonomy – which is in fact a defiance of governmental jurisdiction – is a deep problem within our greater society. The Haredim answer to their own leaders, rabbis first and then political figures. They do not consider themselves beholden to governmental authority.

My understanding of this phenomenon is that it was carried from Europe, when Haredi populations often endured virulent hostility exhibited by state officials. Ways in which it was possible to defy those state officials and proceed according to their own lights were encouraged and reinforced within the Haredi communities.

Unfortunately, in at least some measure, they brought these attitudes with them when coming to Israel, and they have persisted. We see it in the refusal to cooperate with the draft, or to structure school curricula according to government regulations (regarding, for example, core subjects such as math). We saw it in defiance of corona rules – when they insisted that gathering in yeshivas was more important than those rules.

And so was it the case with Meron. They were determined to come in large numbers, to do their celebrating. And I consider that civil officials now accused of being remiss for not stopping them from coming have some merit in their claim that there would have been no way to “stop” 100,000 Haredim bent on coming.

There was, for example, Interior Minister Aryeh Deri, of the Sephardi Shas party, who, according to Yosef Schwinger, head of the national holy places center, “fought like a lion” to “save” the Lag B’Omer celebrations from being scaled down.

Deri argued that “attendees would be protected by the spiritual influence of Rabbi Shimon Bar Yochai.”

“Shlomo Levy, former head of Meron HaGalil Regional Council, reported that for years he tried to improve the conditions at the mountain where Meron is located, but without success: “…it is impossible to move a stone there without running into this or that Hassidic group, and if you do move something there, half an hour later you get a phone call from Jerusalem.” Religious groups, he said, use government connections and…have the place “in a chokehold.”

And Sigal Bar Tzvi, head of Community Policing for Israel Police spoke of the fact that the police did not have the authority to limit the number of participants in the gathering on the mountain. “We do what we are told to do, within the framework of our abilities; there is freedom of religious assembly.” (Emphasis added)

The point here is that the Haredi autonomy superseded official police judgement on the matter: the police had