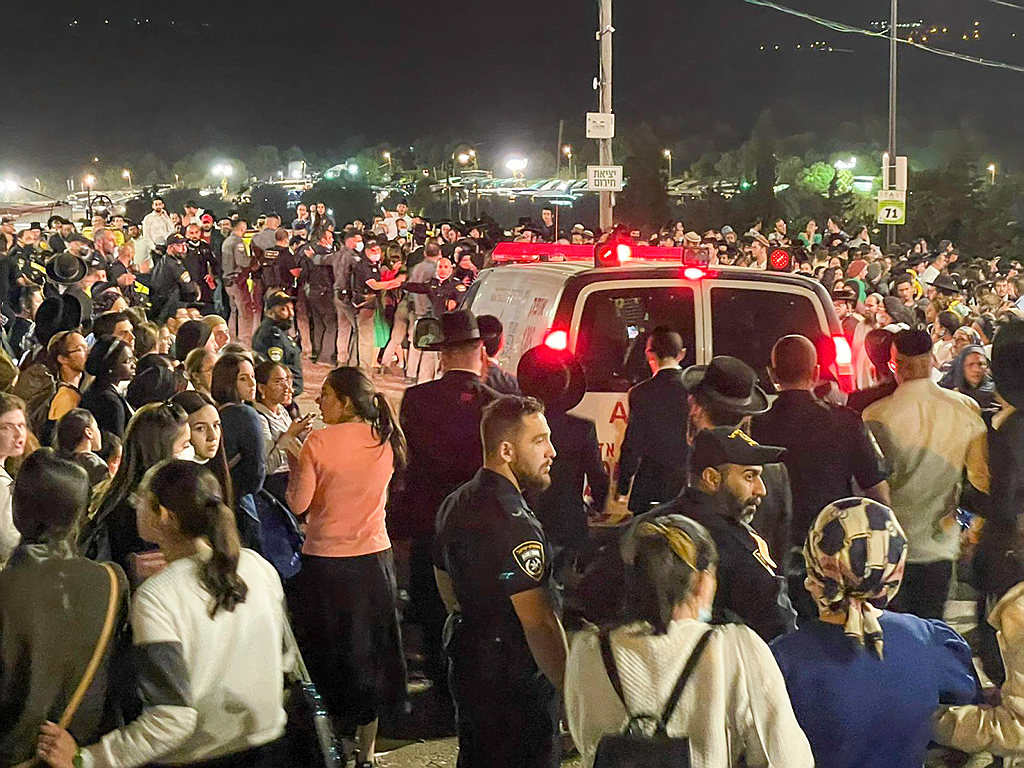 When tragedy strikes the often-heard explanation is that it was “an act of God” and therefore unforeseen and beyond the ability of humans to prevent it.

Climatic disasters such as hurricanes, tornados, floods, tsunamis, volcanoes and earthquakes are generally classified as events which are beyond our control and therefore insurance companies may designate them as “acts of God.”

However and unfortunately there are far too many other occasions which could have been preventable but owing to negligence, lax enforcement of rules or the folly of fickle politicians result in needless loss of lives and devastation.

Any and every loss of life is a tragedy and when it is as the result of a lack of human preventative action then the losses are magnified.

The events at Mount Meron on Lag B’Omer are illustrative of how inevitable these tragedies can turn out to be when elementary precautions and common sense are completely absent.

As far back as 1911, the annual pilgrimage to Meron was the scene of a similar accident and ever since then authorities, religious and secular, have known about and been aware of the dangers at the site. In recent years the number of visitors on Lag B’Omer has greatly increased while the infrastructure and organization have remained totally inadequate.

What is the fascination with Meron and why has it become the annual gathering venue for hundreds of thousands on Lag B’Omer?

It is the burial place of Rabbi Shimon Bar Yochai, a second-century sage, a disciple of Rabbi Akiva and revered as the author of the Zohar, the chief work of Kabbalah. Like many such personalities, his grave has become a magnet for not only those attracted to mysticism but also an increasing number of Haredim who believe that praying in the presence of his mortal remains somehow guarantee them whatever they desire.

The trouble is that what originally started out as low key individual pilgrimages has morphed into mass lunacy for some, with the inevitable perversion of what used to be a purely spiritual experience. These days, groups selling amulets and other dubious items abound and the whole site becomes at this time of the year one big commercial enterprise. In recent times in the words of a rabbi I spoke to visiting Meron especially for young Yeshiva students and others is a “happening” where hordes of normally cooped up individuals can socialize and let their hair down.

It has been known for years that the site cannot sustain the numbers of people who descend on it. The infrastructure is inadequate, unauthorized construction has occurred and the area around the tomb is totally incapable of holding masses of fervent crowds. Despite warnings issued, nobody in authority, neither Government officials nor the Ministry of Religious Affairs or local authorities bothered to do anything about a clear and dangerous situation. Most but not all ultra-Orthodox rabbinic leaders turned a blind eye while increasing numbers of their followers flocked to Meron.

This time following the lockdown last year even more individuals trekked up north. Not wishing to upset their Haredi coalition partners the Government refused to restrict access. No masks, no social distancing was enforced and in the face of a tsunami of young and old males swamping the site all was set for a catastrophe.

A combination of incompetence and political corruption preordained that a tragedy would occur and so it transpired. Now of course all concerned are running for cover and blaming everyone else except themselves.

Our greatest leader and prophet, Moshe, died without having a known grave precisely so that it should not become an attraction for mass gatherings which can easily descend into behaviour which is the antithesis of Judaism.

Denial of personal responsibility by Haredi rabbis does not help the situation. One of Israel’s leading Haredi authorities is quoted as stating that the catastrophe at Meron was “a decree from Heaven and that women need to increase their modesty.” Instead of acknowledging that human folly was responsible, shoving the blame onto Heaven and women exemplifies everything that is rotten these days in parts of the Haredi world.

The sooner our so-called religious leaders show some responsible leadership and our politicians assume some semblance of honest accountability the better it will be for all concerned.

When it comes to the subject of predictability there are a host of examples which one could highlight ranging from the moral hypocrisy now enveloping many western societies and the automatic knee jerk anti Israel bashing so beloved of academics, politicians and the media.

One glaring example of this predictable prejudice sprang to mind the other day when I was accessing the online website of the NZ Dominion Post newspaper. Lo and behold I stumbled across an op-ed dated 19 April written by someone called Donna Miles-Mojab. Consulting Google, the source of most background information these days, I discovered that this individual is described as “a Scottish-born New Zealand/Iranian who is concerned with justice and human rights.”

So far so good.

I anticipated a factual and balanced article although I must admit that this was somewhat fanciful on my part seeing that her past op-eds trod a well worn anti-Israel narrative.

Warning bells started ringing after reading the headline which proclaimed: “Israel’s shadow war with Iran is an obstacle to peace.”

From then on it was entirely predictable.

With the following assertions, her objective became clear. “It suits Israel to have Iran as the region’s maniacal bogeyman to justify its own hyper militarism and distract from its illegal occupation of Palestinian land” and “Israel, whose very inception and continual existence has been based on violent colonialism, should not be exempt from criticism either, especially when its rogue activities are designed to sabotage negotiations meant to avert war.”  Another tendentious Israel bashing presentation.

While bemoaning the hardships being endured by Iranian women and the poor she managed to shift the blame for their plight on to – you guessed it – Israel. I searched in vain for any reference to Iran’s clearly stated intentions to wipe out the “illegal Zionist regime” or condemnation of the executions of sportspeople and others opposed to the oppressive policies of the Mullahs in Tehran. Apparently, the persecution of Baha’is is also off her radar.

She is of course perfectly entitled to her warped opinions which will always find a perfect outlet in a media which is totally ignorant of facts on the ground here. What puzzles me though is the apparent lack of any vigorous responses from Jewish and Israeli sources.

As long as lies and mistruths go unchallenged they will multiply and seep into the blank minds of the uninformed.

The end results are entirely predictable.