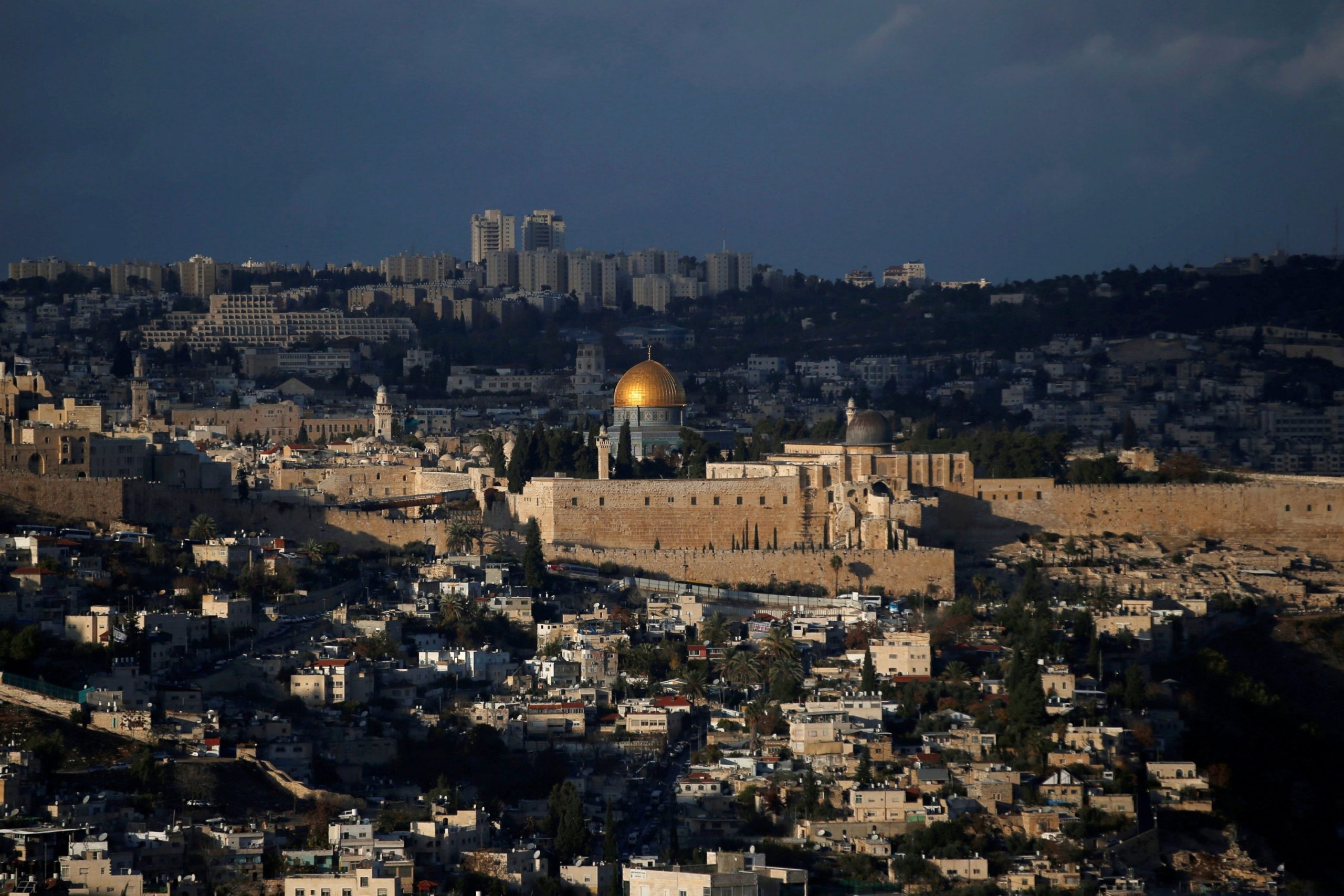 “Hypocrites are those who apply to others the standards that they refuse to accept for themselves.”

This quote more than adequately sums up the current international response to Jerusalem Day (Yom Yerushalayim) and the latest attempts by the usual suspects to subvert Israel’s legitimacy.

This week was always going to be a tinder box waiting and ready for a conflagration. The fuel, ammunition and the spark had been prepared in advance as it is every year. As I have noted previously, Ramadan was and continues to be the perfect occasion to cause mayhem, terror and arson for those Islamists whose real agenda remains not peace, tolerance and mutual respect but rather strife, enmity and hate.

Thanks to a coincidence of the calendar the end of Ramadan this year occurs at the same time as Jews celebrate the restoration of sovereignty in Jerusalem and Arabs/Muslims mourn the re-establishment of Israel in 1948 known as “Nakba” (catastrophe) day.

An added factor has provided the perfect cover for violence and terror.

As soon as Mahmoud Abbas announced that elections for President and the legislative assembly were (once again) cancelled the stage was set for a preordained agenda. The script is as old as Muslim rejection of any sort of legitimate Jewish presence here going back to the beginning of the Ottoman occupation. Whenever those fomenting violence need any sort of excuse or cover for their nefarious schemes the easiest way to divert attention from their own failings is to pin the blame on the Jews.

This tactic never fails to succeed in garnishing the enthusiastic support of Jew-haters everywhere. It is a true and tried plan employed for millennia in Europe and since the return of Jews to their ancestral homeland by Islamists in countless countries.

What better way to whip up fanatical fervour among the ignorant and not so ignorant masses than to accuse Jews of storming the Temple Mount and “assaulting” the Al Aqsa Mosque? Having incurred the wrath of Hamas and others by cancelling for the umpteenth time any sort of election process the only way that Abbas and his crooked cronies could project themselves as innocent martyrs was to somehow divert the blame on to the natural targets.

Fortuitously at the same time another excuse surfaced. The Israeli courts, having determined that Arab squatters were illegally occupying Jewish owned houses and not paying rent in East Jerusalem, issued eviction orders. In parts of the world where democracy and the rule of law prevail this would be the end of the matter. However, the normal laws of behaviour do not apply where terror groups rule and therefore riots and terror ensued.

The instigators and perpetrators of terror know that maximum mayhem can be expedited especially when it coincides with a celebration of Jerusalem’s reunification. They know that given the hypocrisy of the international community any and every act of arson and rioting will be put down to Israel’s “oppressive” intention to restore law and order. Needless to add the terrorists also know that the media will hang on to their every word, overlook every outrage and collectively will blame Israel. History will be revised and hard facts distorted and no matter how hard we may try to present reality the poisonous lies will have already sprouted on fertile soil.

If you think I am exaggerating take a look at the following repercussions which have inevitably occurred.

Realizing that their hold on power is becoming increasingly tenuous and that bashing Israel is a win-win situation, the Jordanian Monarch and his ministers feel emboldened to join the inciting rabble. Thus they proclaim that “the Temple Mount belongs to Muslims only” and that as “guardians” of Islamic and Christian holy places they have no hesitation in uttering the most outrageous claims. These are the same people who illegally occupied the city and ethnically cleansed Jews and destroyed their communal and personal properties. They know that Washington and the UN will unhesitatingly swallow anything they say and even worse they also are secure in the knowledge that successive Israeli Governments will also treat them with kid gloves. In fact, remaining silent in the face of a continual barrage of lies from Amman has become the default position of our political leaders.

True to its traditional stance the US State Department in the face of Arab mob violence has urged Israel to “preserve the historic status quo.” What this actually means in plain and simple language is that Jerusalem is not our Capital, Jews have no right to visit or pray on the Temple Mount and that the Hashemites are the only guardians of religious freedom.

As a bonus, the US Administration also admonishes Israel to refrain from suppressing terror incited and carried out by the PA and their terrorist colleagues. As hundreds of rockets are fired from Gaza into southern Israel communities, incendiary balloons launched and threats made to escalate violence the perpetrators and their supporters have called for an urgent meeting of the UN Security Council. We all know how that theatre of the absurd will turn out. As an added bonus, Turkey, sensing an opportunity to reclaim its Ottoman empire, has issued a clarion call for Jerusalem to be saved and liberated from Jewish/Israeli sovereignty. We wait in vain of course for the democracies to point out the hypocrisy of a country illegally occupying half of Cyprus, ethnically cleansing Kurds and denying the Armenian genocide, setting itself up as a saviour of human rights.

If Israel would have uttered the same admonitions to the USA while their cities were being racked by mobs that are burning, looting and shooting it would have been accused of interfering in their internal affairs. However when Arab mobs are doing the same thing here it is perfectly acceptable, so it seems, to shower us with “aytzes.”

Since 1948 our so-called peace partners, who have rejected umpteen opportunities to create their own State, annually commemorate the so-called “nakba” and bewail the fact that Jews have returned to their homeland. They do so mainly by causing mayhem, death and destruction and inculcating in the minds of succeeding generations a revisionist version of historical facts.

Contrast this with the way Jews remember their innumerable catastrophes stretching over countless generations from slavery in Egypt, via exile and destruction of their Temples to expulsions, inquisitions, forced conversions, burning at the stake, pogroms and the Shoah. Do we riot, destroy and murder? Of course not. We instead learn and remember what happened to our ancestors, we mourn by reciting dirges and pray for redemption in better times as promised by our Prophets. What we do not do is resort to mindless rioting.

The nations of the world have always looked on us as a dispossessed people without any means of retaliating for all the persecution inflicted by them. Now that we are restored to our Land and are capable of securing our own security their frustration knows no bounds.

Fifty-four years ago the Jewish world was electrified as the commander of Israeli troops liberating the Old City of Jerusalem from illegal Jordanian control broadcast that “the Temple Mount is in our hands.” In actual fact not long after, Moshe Dayan, in a supreme act of misguided folly, believing that the Arabs and the UN would thank us, handed back guardianship of the place to the very people who had banished us in the first place.

That fatal gesture explains why today, on Yom Yerushalayim, Israeli authorities have banned Jews from praying and rejoicing on that holy site because Palestinian Arabs are running amok and the international community disapproves of our presence there.

As long as we timidly submit to the bully tactics of those who wish to expel us again and the hypocritical condemnations of those who have no moral right to give us any sort of advice, we can expect no respect or justice. Apologising every time we defend ourselves is a waste of time and counterproductive.

It’s long overdue that we stand tall and assert our God-given rights to live securely in the very places promised to our Patriarchs and Matriarchs.