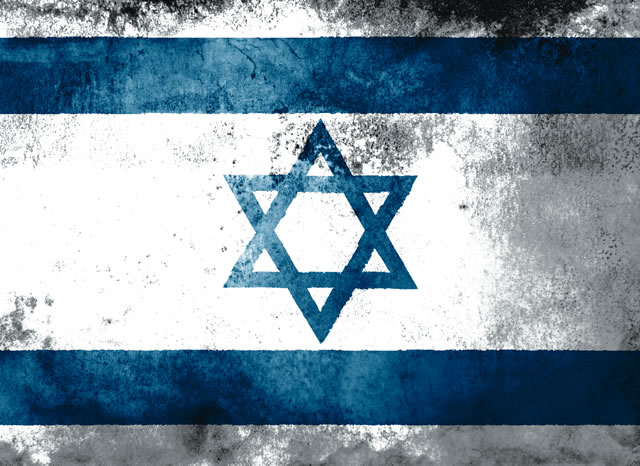 If truth be known woke folk don’t need to smoke anything in order to vilify Israel and by extension, Jews.

Their knee jerk reactions to each and every action Israel takes to safeguard the lives of all its citizens is more the result of genetic mutations over the last two thousand years. In other words, demonizing the Jewish State comes naturally. Holding it to a standard unattainable or even expected by any other country is merely an extension of the age-old Jew-hatred so successfully incubated and fostered by Europe during the past millennia.

Back in the ”old countries” when Jews were defenceless and powerless, they were accused of being capitalists and communists, too clever for their own good and part of all sorts of conspiracies to take over the world. They were held guilty for poisoning wells, murdering Christian babies, deicide and all sorts of other theological crimes. Once they were allowed to attend universities they were deemed to be infiltrating certain professions and posing a threat to society. No matter how hard, assimilated and often self-loathing Jews tried to escape from their heritage, the haters eventually caught up with them.

Contemporary events merely confirm that nothing has changed. The tragedy is that for far too many the lessons are being ignored either because disconnection has resulted in complete estrangement or a forlorn hope that it will all somehow subside and disappear.

Shavuot among other things marks the anniversary of the giving of the Torah at Mount Sinai. It was accompanied by smoke, fire, thunder and earth-shattering phenomena. This week the Festival was observed and celebrated in Israel with the same biblically described accompaniment although of a far more lethal variety. However, just as our Biblical ancestors having accepted the Torah marched onwards towards the Promised Land, so today we, having reaffirmed our commitment to the same Torah, march forward to secure and settle that same Land.

This is what frustrates woke folk as they witness Jews standing up for themselves and refusing to kowtow to those who desire our demise. Shrugging off their pre-programmed outrage and pointing out glaring hypocrisy will always convulse them with righteous indignation which is why the following examples should stir them up.

I am not going to waste much time pointing the finger at the UN because their dismal track record as far as Israel is concerned is well known and no amount of reality will ever change their obsessive fixation to censure and condemn us. When the old League of Nations failed to deal with the bullies and terrorists of that pre-war period its inevitable demise was only a matter of time. Likewise, the refusal of the UN and its associated bodies to challenge today’s terror-supporting nations and its inbuilt instinct to submit to the immoral majority when it comes to Israel dooms its prospects of survival as a force for democracy and human rights.

The media, as has been commented on many times, plays a crucial role in disseminating deliberate misinformation on the situation here. The problem today is that their lies go viral on social media and therefore influence millions worldwide at the press of a button. Two of the latest examples (among a myriad) illustrate the situation.

In a recent editorial, the UK Guardian made a confession to its readers. It confessed that backing and supporting the Balfour Declaration in 1917 was among their worst errors of judgment. It may have taken a while to acknowledge what most of us have known for a very long time but finally, they have come clean and admitted that supporting the Jewish People’s historical and legal right to re-established sovereignty is wrong and should never have happened. The next logical conclusion of course is that every effort must be exerted to rectify this original sin and that can be seen on the pages and website of this once illustrious newspaper.

The dust had hardly settled after the demolition of the building housing the media in Gaza when the chorus of hysterical accusations began. Buried with the building was the stark truth that no lives had been lost because Israel had given the occupants an hour to evacuate. The hypocrisy issuing forth from media headquarters and political persons was a sight to behold. Denying that anyone had ever known of Hamas using the building as a base for their plotting and planning of terror sounds to those who know how the terror groups use civilians as willing pawns as fake as UNRWA officials denying the existence of weapons and tunnels in schools and the hate indoctrination in their textbooks. In other words, deniability may play well with the international audience but it won’t wash with those who really know how terrorists in Gaza and Lebanon operate.

No doubt all will be revealed in due course. In the meantime, the cat has already poked its head out of the proverbial bag. A report on FOX news quoted a former Obama aide, Tommy Vietor, (so he must be politically correct) as declaring: “I’m sure Hamas offices were in that building & that they purposefully co-locate operations with civilians. That is not a new problem.” A Twitter user then asked Vietor why he was “sure” that Hamas was located in that building. He replied: “I talked to people who worked in the building.”

Meanwhile another piece on 15 May by intrepid fighter for justice, Scottish born Kiwi/Iranian, Donna Miles-Mojab, appeared in the Dominion Post. This time she commented on the latest Gaza situation and of course Israel’s continuing “crimes.” It’s a pity that her twisting of the truth goes virtually unchallenged but that is par for the course these days when the media have become willing partners in the dissemination of lies concerning Israel. Three of her assertions need challenging:

“Israel occupied East Jerusalem during the 1967 Arab-Israel war.”
Publishing this without any historical factual background is gross distortion on a grand scale. Who did the Israelis capture the city from? Implied of course is that the Palestinian Arabs controlled it. In actual fact it was Jordan who illegally occupied half of our Capital from 1948 but why let facts interfere with the truth?

“By declaring itself a Jewish State, Israel has lost its shallow claim to democracy because a democratic state cannot expect its 20% ethnically Arab citizens, who are mostly Muslim, Christian, Druze or Baha’i to be reduced to second class citizens in their own native land.”
This specious statement is so riddled with mistruths that any semi-professional editor would have refused to print it. However, as we live at a time when any tripe can pass as accurate commentary it goes unchallenged. Israel is indeed the nation-state of the Jews but this does not mean that its various minority ethnic groups do not have equal rights. Anyone with any smattering of honesty and knowledge knows that full civil rights are extended to all citizens regardless of their ethnicity. Miles-Mojab is conspicuously silent about the 26 or so countries which describe themselves as Islamic States and in many cases impose discriminatory laws against non-Muslims. To describe Israel’s minorities as second class citizens is a slanderous lie.

Accusing Israel of all and sundry sins is of course also a favourite sport of woke groups on the far-left fringes of the political arena. Btselem, which proclaims itself as advocates for human rights, democracy, liberty and equality, is a classic example of how easy it is to demonize Israel and at the same time overlook and ignore the lack of these self-same attributes in the societies which daily incite against us. Their latest denunciation of Israel claims that it is guilty of war crimes and apartheid. With funding provided by Europe, Scandinavia, the Ford Foundation and the New Israel Fund amongst others, there is no shortage of patrons to fuel a continuous stream of accusations.

The lethal consequences of all these tsunamis of mistruths can now be witnessed on the streets of a multitude of countries where Jew hating mobs rampage and at demonstrations where the vilest garbage is spouted.

Do we run for cover or put our heads over the parapet and make ourselves heard? It’s now or never.

Editor’s note: Michael Kuttner has proferred these two articles as evidence of NIF’s funding of B’tselem.