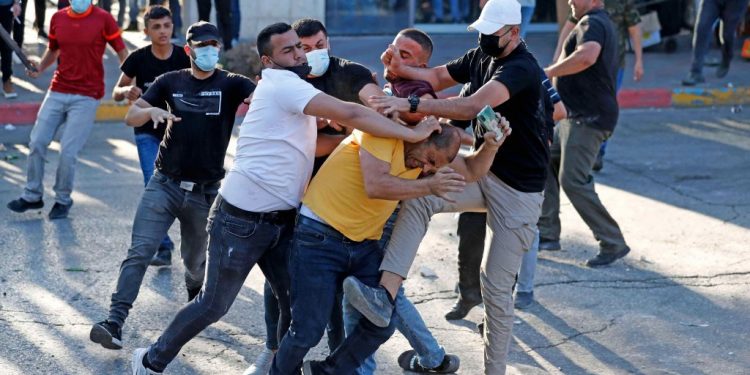 Nizar Banat, who was beaten to death by Palestinian security personnel on June 24, was a supporter of the Popular Front for the Liberation of Palestine, Hizbullah leader Hassan Nasrallah, and the Syrian regime of Bashar al-Assad. After demonstrations in Ramallah protesting his killing were broken up by plainclothes undercover PA police, opponents of the PA posted photos, personal details, and home addresses of 30 undercover police on Palestinian social media for the purpose of “shaming.”

One of these undercover police was Wa’ed Tamimi, whose sister is Ahed Tamimi, known for her and her family’s attacks on IDF soldiers. Ahed posted a notice on Facebook expressing her embarrassment that her brother was involved in violence against Palestinian protesters and revealed that their mother had forbidden her brother from returning home until he resigned from the police and apologized for his actions.