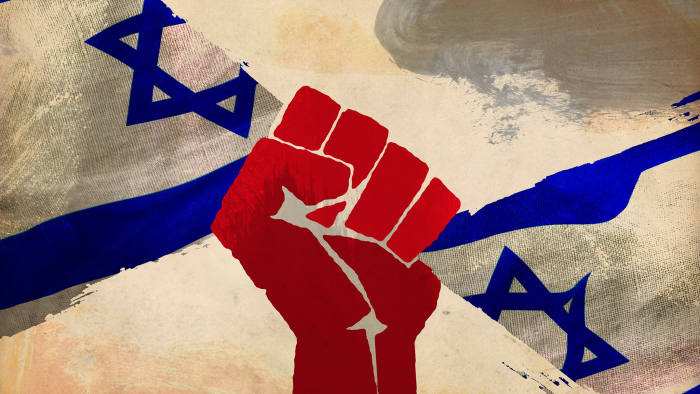 The British Society for Middle Eastern Studies (BRISMES) is currently holding its’ annual conference. BRISMES was founded in 1973 to provide a forum for educators and researchers in Middle East Studies.

The annual conference is taking place between 5-9 July 2021 on Zoom. One person who helped the organizers is Prof. Neve Gordon, a former Ben Gurion University scholar who called for the boycott of Israel on the pages of the Los Angeles Times in 2009, currently at Queen Mary University of London. BRISMES, as can be seen from its homepage, is mainly concerned with Israel/Palestine.

Neve Gordon chairs a session titled “Geographies of war-care.” Gordon also presents a paper, “Legal Exceptions and the Killability of the Wounded Body.” Revital Madar presenting a paper titled “Repression and Repetition: The Construction of Palestinian Death(s) as an Exceptional Repetition in Israeli Military Courts.”

BRISMES is also highly active in PR.  Three notices on its front page are indicative in this respect.

The first notice states that on June 9, 2021, the BRISMES Committee on Academic Freedom sent a letter to Professor Daniel Chamovitz, President of Ben-Gurion University, expressing deep concerns about the events on May 11, 2021, on and near the University campus in Beer Sheva. These events, as detailed in the letter, “appear to demonstrate a hostile and discriminatory environment for Palestinian and Arab students, and that on May 11, the University was unable and/or unwilling to provide them with safety and security.” As proof of their allegations, the BRISMES letter cited a Haaretz article on this topic.

However, BRISMES neglected to include the Ben Gurion University response in the Haaretz article, stating: “The incident described occurred outside the university and the dorms. We regret the incident deteriorated into violence, due to people who are not part of the university community, on both sides.” A review of guards’ conduct did not find any suspicion of misdeeds. ‘The security staff of the university acted, while putting themselves at risk, to protect the students by bringing them into the dormitory compound. Everyone who identified as a student was let in, and non-students were prevented from entering,’ said the university. As for the student arrested at the protest, he was brought onto campus by security staff for his own protection. The police later instructed he be released. ‘The university has acted tirelessly to preserve students’ safety and sense of security. We are now in difficult times in all of Israel, but there is zero tolerance for violence, from any side, while we allow for opinions to be exchanged openly and safely.’ The university said it will hold activities to help heal the rifts.”

The third notice stated that the BRISMES Council published a statement on the latest escalation in Israel/Palestine viewing with grave concern the latest escalation, noting that yet again, “Palestinians are paying a disproportionate price.” As educators, we are acutely aware of the “long history of Palestinian dispossession.” BRISMES added a link to the online petition “Palestine and Praxis: Open Letter and Call to Action,” which begins by expressing support for the Palestinians by stating:

“As scholars, we affirm the Palestinian struggle as an indigenous liberation movement confronting a settler colonial state. The pitched battle in Sheikh Jarrah is the most recent flashpoint in the ongoing Nakba that is the Palestinian condition. Israel has expanded and entrenched its settler sovereignty through warfare, expulsion, tenuous residency rights, and discriminatory planning policies. The ostensible peace process has perpetuated its land grabs and violent displacement under the fictions of temporality and military necessity. Together these policies constitute apartheid, bolstered by a brute force that enshrines territorial theft and the racial supremacy of Jewish-Zionist nationals. And now, as has been the case for over a century, Palestinians continue to resist their removal and erasure.”

As for the last escalation between Israel and Gaza on May 10-21, 2021, BRISMES does not mention that during the Operation Guardian of the Walls, the Palestinian terrorist organizations in the Gaza Strip launched 4,360 rockets at Israel. Some 680 of the rockets fell inside the Gaza Strip, killing Gazans. An analysis report published by the Meir Amit Intelligence and Terrorism Center on June 22, 2021, found that of the 236 published names of Palestinian killed in the attacks, at least 114 of them belonged to Hamas, Palestinian Islamic Jihad, Fatah, Popular Front for the Liberation of Palestine, Mujahedeen Brigades and Popular Resistance Committees.

BRISMES then moves on to remind its members that a resolution passed at the BRISMES Annual General Meeting (AGM) of 2019, which “expressed support for the boycott of Israeli academic institutions that are complicit in occupation and settler colonialism.”

BRISMES also notes that the 2020 BRISMES AGM resolved to establish the “BRISMES Campaigns Limited” advocating for the “boycott of Israeli academic institutions.” This Campaign is being held during the BRISMES Annual Conference on July 7, 2021.

Clearly, the BRISMES organization has been hijacked by Palestinians and their supporters.  This position reflects a more general trend in Middle East Studies, singularly focused on the Israeli-Palestinian conflict from a pro-Palestinian perspective. For instance, the American-based Middle East Studies Association (MESA) has hosted endless panels on the subject.

The study of the Middle East is highly complex and essential.  The Middle East is the home to repressive regimes and hosts brutal Islamist terror groups.  Scholars and students should profit from BRISMES research into these and other urgent issues.