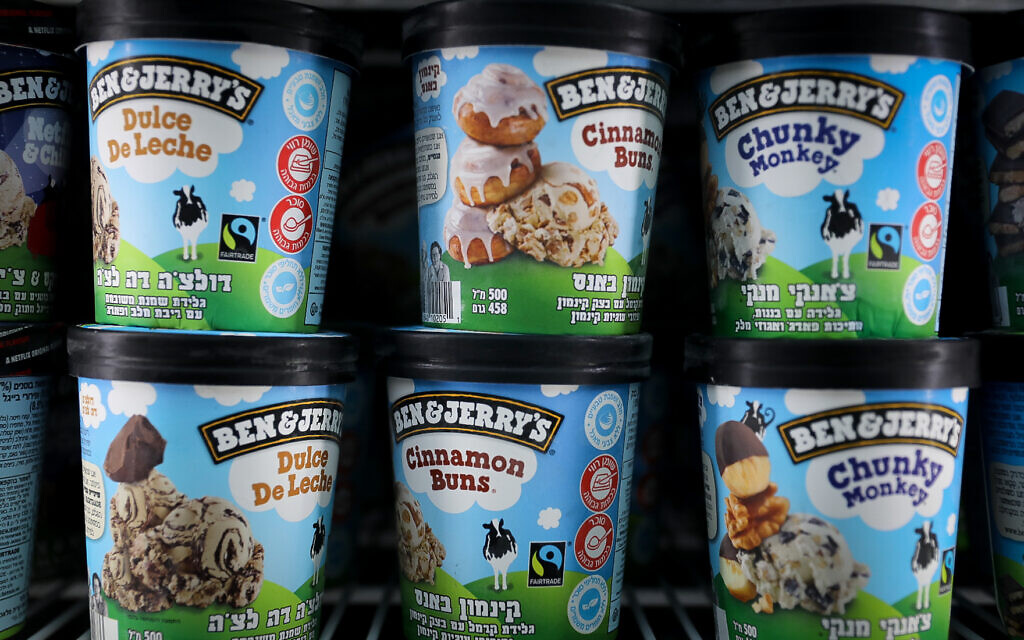 It is rather fitting that fiestas have a Spanish flavour because the latest spate of these boycotting phenomena have the same common theme as the inquisitions of not so long ago. What unites these boycotters of Israel not surprisingly are the same targets, namely, Jews.

The Roman Catholic clergy and royal courts of Spain and Portugal sought to eliminate all those who professed their Jewish faith by forced conversion, burnings at the stake and ultimately by expulsion from the country.

Today’s boycotters are treading the same old discredited path by first of all delegitimizing Jewish sovereignty, trying to convert the masses to current dogmas of political correctness which demonizes the very notion of any Jewish right to their ancient homeland and finally to expelling Israel from the family of nations.

These past few weeks have witnessed a series of frenzied attempts which demonstrate once again an insatiable desire for targeting Israel to the exclusion of every other country.

There is a name for that sort of attention but in the diplomatic and political hypocrisy which prevails, it is shunned, shelved and shoved under the carpet. It is therefore timely to shine a politically incorrect light on this long-running saga.

Who would ever have thought that ice cream might become the subject of international attention but when it comes to Israel anything, no matter how trivial, causes a meltdown.

The original Jewish owners of Ben and Jerry’s were always paid up members of the woke generation which views any Jewish return of sovereignty in Judea and Samaria, Jerusalem and the Golan as a sin against humanity. Unilever, the new owners have extensive business interests in Israel and I suspect are rather embarrassed by the latest shenanigans of the B & J Board which has been trying for quite some time to quit Israel altogether. Herein is the main clue as to what really lurks behind the current boycott decision. It seems obvious that there is a tug of war between those who advocate a total boycott of areas originally promised for Jewish settlement by international treaty (San Remo) and others who wish to ditch Israel altogether.

When Unilever announced that they wished to continue their business with Israel, the B & J board protested that they had not been consulted. The current proposal is for a new franchise holder to be appointed when the current license expires and that this new manufacturer will agree to the boycott, something the present distributor refuses to do. This arrangement will never take off for several reasons. Between now and the end of 2022 several legal steps now being planned and implemented will most likely precipitate enough lousy publicity and economic pain as to make Unilever question the wisdom of continuing any association with Israel-haters. Moreover, there is no prospect of any Israeli franchise holder agreeing to shun residents of the areas concerned because of legal ramifications they would face.

It is ironic that if the local franchise holder is forced to close those who will suffer most are not the consumers but the employees who comprise Israeli Jews and Arabs as well as Palestinian Arabs. As usual of course, those advocating boycotts could not care less as their sole aim is to damage or eliminate the Jewish State.

It is noteworthy that eight “liberal” American groups signed a letter of support for Ben & Jerry’s. These included Americans for Peace Now, J-Street, Habonim Dror and the New Israel Fund. Think about that next time they solicit your support. Meantime I have yet to meet any Israeli who is devastated by the fact that after 2022 they will not be able to enjoy “Chunky Monkey” and other such esoteric flavours. There are plenty of great local ice creams available and it is possible that come 2023 there will be an alternative, named Tom & Jerry, to tempt the palates of the locals living in the historic heartland of Israel.

Ice creams aside, this past period has also seen further futile attempts at carrying out dubious double standards which seem to apply only to Israel.

It transpires that the French and German Ambassadors boycotted the 4 July celebrations hosted by the American Embassy because it was held in Jerusalem. Envoys from the United Kingdom, Romania, Canada, Australia, Guatemala, Honduras, Norway and Kosovo were present and obviously did not appear to have any qualms about being in Israel’s “unrecognized” Capital. This display of hypocrisy by the French and Germans should be borne in mind next time they piously pontificate in our direction.

Norway’s largest pension fund was disinvested from sixteen Israeli companies. In a burst of self-righteous wokeness similar to that of Ben & Jerry’s they announced that Motorola is guilty of video security and software used in border surveillance. Fancy that – the Norwegians disinvest because Israeli technology keeps Israelis safe from terrorists and those plotting to murder us. In a similar vein of moral indignation, it appears that Bezeq and Cellcom provide help “to make settlements more attractive residential areas.”  To top it all off the Norwegians also announced disinvestment from Israeli Banks because “they help to finance settlement infrastructure.” By this stage, you should be able to discern a common pattern whereby in the whole world it is only Jews who are punished for having the audacity to reside in places where their ancestors once lived.

Nothing epitomizes this international obsession better than a recent announcement from the European Union which dismissed the possibility of the EU ever supporting a TWO State solution for Cyprus. Here you have it in a nutshell. When it comes to Cyprus there is no way that a Turkish illegal occupation will ever be agreed to and any talk of “two states for two people living side by side in peace” is scuttled. However when Israel is involved then all of a sudden, past illegal Jordanian occupation of areas designated for Jewish settlement is conveniently ignored and instead a two-state solution with those who have continually rejected any sort of legitimacy of Jewish rights and who promote terror is “kosher lemehadrin.”

It should be obvious by now that we face two basic challenges.

The first is to energetically combat and counter the continuing hypocritical posturing of the international community. Given an inbuilt reluctance by diplomats and politicians to cause waves it will most probably be up to NGO’s and various groups to fight the battle with all legal weapons at their disposal.

The second challenge is to fearlessly expose the real reason behind BDS. It is obvious that the main objective of all those dedicated to boycotting us is the desire to have Israel disappear. That is why the themes of colonial occupiers, apartheid and war criminals have become more strident and mainstream in recent times. We need to expose this for what it really is – namely the millennia-old virus of Jew-hatred repackaged in an attractive anti-Zionist way.

BDS was conceived, born and delivered at the notorious Durban Conference on Racism in 2001. It is planned to hold a twentieth anniversary gathering in Durban shortly where no doubt vilifying and delegitimizing Israel will once again be reaffirmed. As at this moment, there are ten countries that have declared that they will not participate in this travesty and farce. These are the USA, UK, Australia, Germany, Israel, Canada, Hungary, Austria, Netherlands and the Czech Republic. Notably silent so far are New Zealand and France.

There is still time for them to display some moral backbone although based on past and recent voting patterns at the UN we should not hold our collective breaths.

The battle against boycotters is complicated by the fact that we have our own self loathers to deal with.

Nevertheless, having successfully seen off Pharaoh and all subsequent haters I have no doubt that we will prevail against the latest batch of those who cannot stand the sight of Jews once again restoring a strong sovereign nation.