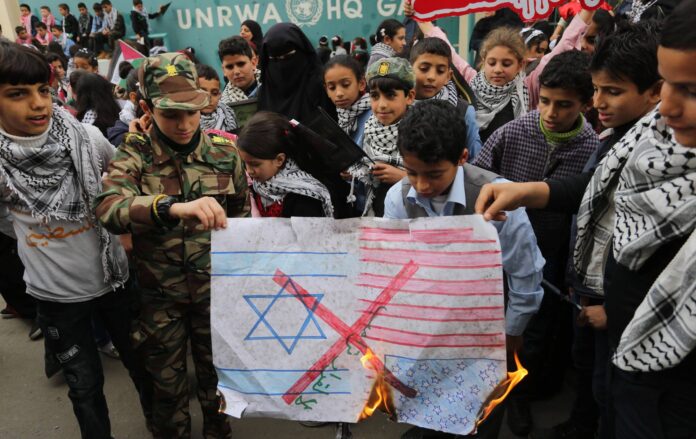 On July 14 – a little more than two weeks ago – Philippe Lazzarini, UNRWA’s Commissioner-General, signed a memo of understanding with the US.
The key point of the document is that a donor country has made the decision to attach clear conditions to financial contributions in the future. This development is a first in the history of UNRWA’s 72 years of existence.

Until 2018, when Donald Trump decided to freeze all funds to UNRWA, the US was the largest donor from the inception of the UN agency. At the time, the Trump administration concluded that UNRWA was artificially keeping the refugee problem alive, wasting aid and standing in the way of a solution to the Middle East conflict. Germany filled the financial gap and has been UNRWA’s largest donor ever since.
Since the administration in Washington changed, all eyes have been on Joe Biden – and whether he would restore financial aid to UNRWA.

The fact that aid money is now to be conditional for the first time is not only a step in the right direction, but above all shows that the times of blind trust between the US and UNRWA may be over.
But what conditions have the US and UNRWA actually agreed on for the renewal of American aid?
The document states that UNRWA is ”[…] taking steps to ensure the content of all educational materials currently taught in UNRWA-administered schools and summer camps is consistent with the values of human rights, dignity and tolerance and does not induce incitement; […]”.

David Bedein, the director of the Center for Near East Policy Research, sees the mentioning of this point in the letter of intent as a great success and breakthrough of his work.For several decades, he has been drawing attention to the fact that the textbooks used at UNRWA are not only anti-Semtic and incite hatred of Jews, but call for genocide against the Jewish population in Israel.

The PLO and its administrative arm, the PA, which is responsible for the content of the textbooks, refer to Israel – even within the 1967 borders – as occupied Palestine. Here is a quote from a 3rd grade UNRWA textbook:
“[…] The Nobles’ Land

I have sworn, I shall sacrifice my blood, to water the nobles’ land and to remove the usurper [code name for Israel] and to exterminate the foreigners’ scattered remnants […]”
(Our Beautiful Language, Grade 3, Part 2 (2017) p. 64)

According to David Bedein, who founded the “UNRWA Monitor” initiative in January 2021, textbooks with such content are undoubtedly not in accordance with UN values and should accordingly be removed from the UNRWA curriculum, especially now that UNRWA has committed itself to resolutely combat any form of hate speech in its facilities.
In light of recent developments in relation to the memo of understanding between the US and UNRWA, one thing in particular is of great interest to the public: What concrete steps does UNRWA intend to take next to finally ban hatred and incitement from its schools ?
When asked whether UNRWA is going to revise its curriculum in the course of this, Tamara Al-Rifai, Director of Strategic Communications for UNRWA reports: “UNRWA neither has its own curriculum nor does it issue or print its own textbooks.

In line with proven practice in education for refugees, UNRWA uses the host governments’ curricula to help children transition from UNRWA schools to local schools. It is worth noting that UNRWA has a very unique program on human rights, conflict resolution and tolerance that all students attend ”.
In other words, the Palestinian Authority textbooks, which incite hate speech, will continue to be used in UNRWA schools. At this point in time, the aid organization has not yet announced what steps it will take to act in the spirit of the memo of understanding with the US and ban content such as the above example from UNRWA schools.