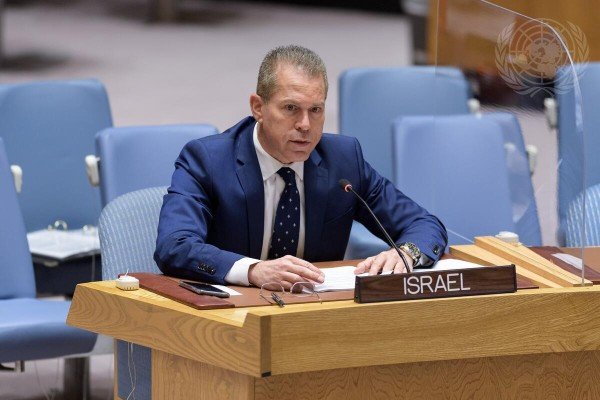 United Nations guards did not allow Israel’s U.S. and UN ambassador to bring in proof to a General Assembly meeting of the anti-Israel nature of many teachers employed by UNRWA, the organization’s agency that is in charge of Palestinian relief efforts, including running hundreds of schools throughout the Arab world.

Ambassador Gilad Erdan had a poster picturing Hitler along with UNRWA educators’ approving statements regarding the Nazi leader and other anti-Semitic quotes taken from their social media accounts.