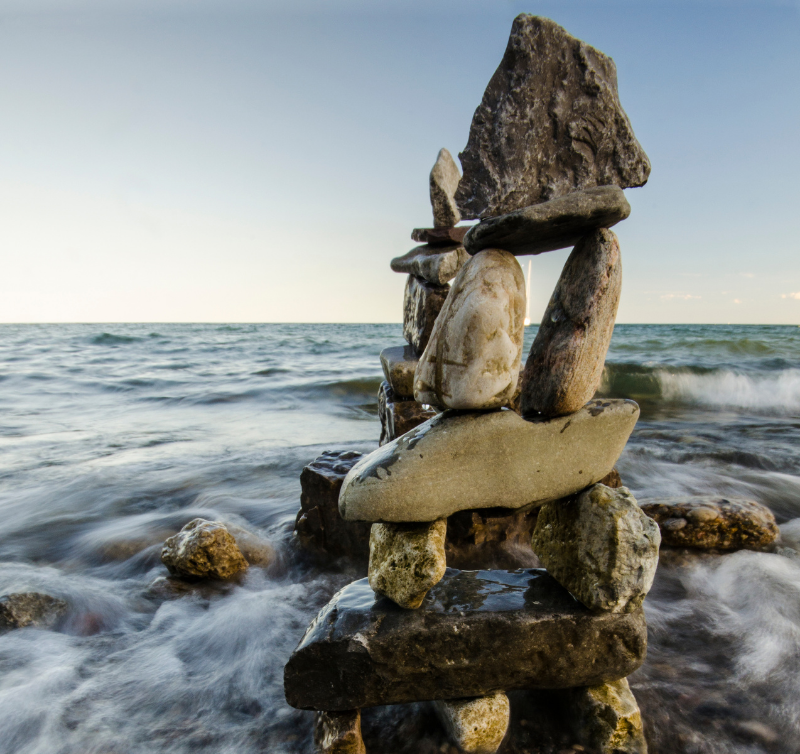 The term “rock solid” can be described as something or someone you can trust not to change or disappear.

This can have positive and negative connotations.

Not so long ago, President Joe Biden, in one of his appearances fronting up to the media, used this expression in describing America’s commitment to defending Taiwan against a potential invasion by China. The only trouble unfortunately is that Biden’s notion of rock solid does not fit in with reality and thereby hangs a massively serious credibility chasm. In actuality the piece of paper which Taiwan and the US Administration pin so much faith on merely promises to provide Taiwan with material aid, no doubt in the form of weapons, in the event of an invasion. No doubt when the Chinese decide that the time has arrived to wipe out an outpost of democracy on their doorstep the most that the Taiwanese can expect from the current policy makers in Washington is a committee meeting to decide what arms to send. While the valiant defenders of their country battle against overwhelming odds the State Department will no doubt be vainly appealing to the UN Security Council and Biden will be issuing incoherent messages.

I sincerely hope that the South Koreans are internalizing this concept of rock solid because they also are at the potential end of this policy of duplicitous guarantees. The days of President Truman and a UN composed of a majority of democracies are well and truly over. Back then South Korea could rely on allies coming to their aid. Today, all they have to do is look north and see how the dictator of North Korea has flouted each and every international demand. Thanks to the moral cowardice and hypocrisy of the international community, South Korea is faced with a neighbour armed to the hilt with weapons of mass destruction, ready and poised to bully its way to achieve anything it wants.

These examples should be sufficient for even the most gullible individuals and politicians to understand that Israel is faced with exactly the same meaningless declarations of solidarity. Given past historical experiences and current examples it should not be beyond the realm of even the most dim witted to realize that the term rock solid applied to Jews and Israel takes on a completely different meaning.

The only things we can trust not to disappear or change are the double standards applied, the promises broken or distorted, the application of a moral equivalence between democratic values and terror supporting regimes, the deliberate avoidance of punishing those who promote murder and mayhem and above all a relentless obsession with anything and everything that the Jewish State may or may not do.

If you think I am exaggerating look at the following scenarios as they unfold before our very eyes on a daily basis.

The Israeli Defence Minister, not exactly a rabid right winger, has designated six so called charitable groups as fronts for terror organizations. In one of the oldest tricks in the book, those who wish to escape scrutiny by financial or security investigators, masquerade as bona fide supporters of motherhood and apple pie. This is usually guaranteed to work wonders because those funding these outfits have not the least desire to investigate exactly who they are supporting. When it comes to Israel it is a given that deliberate amnesia and a refusal to acknowledge any sort of culpability in funding those promoting terror against Jews and Israelis are the order of the day. That is why the decision to “out” these Palestinian Arab groups has caused a major fire storm in Ramallah, Gaza, Washington, Brussels and at the UN.

In the case of the PA, Fatah and Hamas, the expressions of hypocritical outrage and accompanying threats, were to be expected. As far as the EU is concerned their righteous indignation is as a result of being found out yet again. This is not the first time that they have been exposed as funders of groups dedicated to the elimination of Israel from the map. The huffing and puffing emanating out of Washington should also not surprise anyone cognizant with the Administration’s warped concept of what passes for peace partners.
Accusing Israel of not having warned or advised the USA before announcing the decision is ludicrous. Since when does a sovereign State taking measures to protect its citizens have to advise anyone in advance, especially when it is known that the knee jerk ultra left will condemn the policy regardless?

This temper tantrum by the State Department is a classic example of Biden’s “rock solid” guarantees in action.

Expressions of outrage by the UN High Commissioner for Human Rights are par for the course. Her condemnations ring hollow when they are followed by shameful silence on major human rights abuses by countless UN member States.

Like wise the intention to re-open the consulate for the PA in Israel’s Capital is not only a flagrant flouting of international diplomatic protocol but also another sign of the totally dysfunctional and out of touch with reality thinking currently afflicting increasingly large swathes of the Democratic Party. Those who believe that Jews have no right to be sovereign and living in half of our Capital or anywhere else in Judea and Samaria need to be disabused of that fantasy as quickly and as forcefully as possible.

Anyone who still thinks that Biden and colleagues will take any action other than diplomatic double speak and appeasement to thwart the Iranian desire to wipe out the “Zionist entity” is living in la la land.
While Washington waffles the Iranians are busy making “rock solid” agreements with Russia and China in various defence and other deals. Concurrently according to news reports, Iran, China and Russia are intending to work with the Taliban to create “regional stability.” A more fantastic collection of human rights”champions” one couldn’t find.

In the same league of “Chelm like farce” is Turkey whose President declared ten ambassadors, including the non resident NZ ambassador to Israel, as persona non grata. Their crime? Protesting about the imprisonment since 2017 of a Turkish philanthropist without any indictment or trial. Before you could say Turkish delight, the ten foreign representatives on behalf of their respective governments backpedalled and suitably groveled, whereupon the expulsion orders were rescinded.

A more apt display of “rock solid” non solidarity for human rights could not be demonstrated.

The EU and Germany have launched a programme to “maintain the Palestinian identity of Jerusalem.” In plain simple English this really means embracing the revisionist version of history whereby Jews have no historical or legal rights to be in the City of David. It also reinforces the lies of a mythical Palestinian presence in Jerusalem going back to Biblical times. The funding and support for ensuring the erasure of a Jewish presence is the natural flow on from UN Resolution 2334, co-sponsored by New Zealand.

Is it any wonder that an increasing number of Israelis react skeptically when they hear about “rock solid” support.

It’s about time that others also wake up from their self induced delusions.