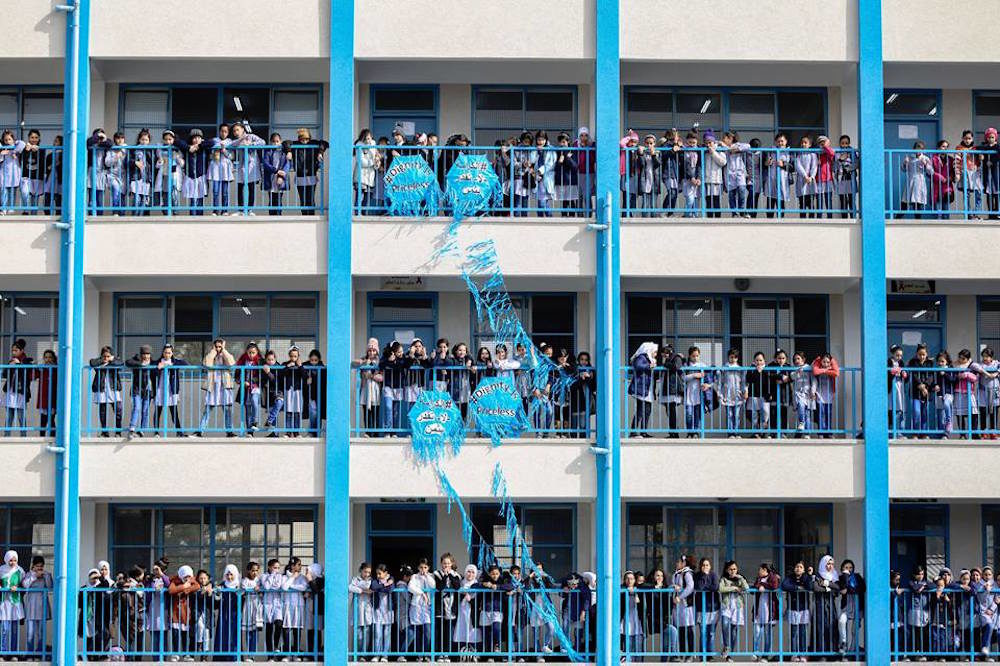 The United Nations Relief and Works Agency (UNRWA) educates an estimated 540,000 students across 700 schools in the Gaza Strip, Syria, Lebanon and Jordan.

Far from training tomorrow’s leaders to be contributing members of society, these schools have developed a curriculum of brainwashing, radicalization and indoctrination. Within the walls of UN-funded schools, children are being taught to view Jews as their enemies and to hail terrorists as heroes.

In its classrooms, UNRWA uses textbooks that glorify mass murderers. In one such textbook, Dalal Mughrabi, murderer of 38 Israelis, has a chapter dedicated to her role as a model of female empowerment. What’s more, more than 100 educators working at UNRWA schools have been caught praising Hitler and inciting Jew-hatred on their personal social media pages.

In recent years, the U.K., Switzerland, and the Netherlands have all slashed funding to UNRWA in response to their dangerous school curricula and endemic corruption. Other governments around the world are also starting to lose patience with the pattern of lies and Jew-hatred that UNRWA promotes.

What will it take for Phillippe Lazzarini, commissioner of UNRWA, to wake up and take notice?

Leaders around the world have begun to recognize that Israel is a true partner for peace and mutual prosperity. In the short time since its initial promulgation, the Abraham Accords have been planting the seeds of economic success and geopolitical harmony across Israel, the United Arab Emirates (UAE), Morocco and Bahrain. A string of new kosher restaurants is opening in Dubai. Morocco has launched direct flights from Casablanca to Tel Aviv. Bahrain is exploring cooperative humanitarian opportunities with Israel. And Israel, the UAE, Bahrain and the United States just conducted their first joint naval drill.

Even Saudi Arabia, long the home of Wahhabist extremism, has gradually begun scrubbing its school textbooks of Jew-hatred and misogyny. While there is still work to be done, the effort has made so much headway that Marcus Sheff, chief executive of the Institute for Peace and Cultural Tolerance in Schools, has called the changes “quite astonishing.”

It is now up to us to join together as one voice and warn UNRWA that the jig is up—that we will no longer tolerate the appalling, two-faced behavior from an organization that purports to advocate for human rights, but instead radicalizes generation after generation of children.

#EndJewHatred activists recent protested at the UNRWA headquarters in Washington, D.C. and at the United Nations headquarters in New York City. We call on all people of conscience to join our call.

When we stand together for justice and push back against a systemic culture of Jew-hatred, a bright future of peace awaits us all.

Elliot Friedland is a writer and strategist currently affiliated with the #EndJewHatred movement. His background is in counter-extremism research. He has lived in the U,K, Israel and the U.S., and is married with two children.

The views expressed in this article are the writer’s own.