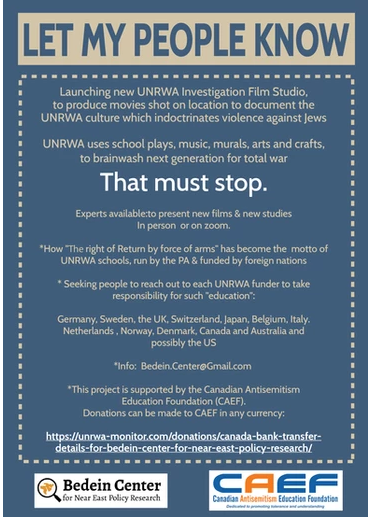 While it is widely known that the nascent Palestine Authority (PA) pays Arabs who kill Jews, what has escaped public knowledge is that the PA has actually enacted a law to provide salaries for anyone who kills a Jew, along with the family of the murderers – for life. The Jerusalem Center for Public Affairs has documented the horrific details of the “Pay for Slay” law, which has no precedent in the annals of jurisprudence.

The Palestinian Authority’s legislation and allocations of monthly salaries and benefits rewarding imprisoned and released terrorists, and the families of “Martyrs,” amount to $300 million annually. This financial reward clearly demonstrates the PA’s institutional commitment to sponsoring terror against Israel.

Legislated incentives to murder Jews did not even exist in Nazi Germany.

On Sunday morning, November 21, 2021, Eli Kay, a 26 year old Jewish tour guide and migrant from South Africa, headed for prayers at the Jerusalem Western Wall, bedecked in his prayer shawl and phylacteries, when he was shot to death at point blank range by Fadi Abu Shkhaydema convicted Hamas terrorist, who was killed police who arrived at the scene of the crime

Fadi Abu Shkhaydem held a BA and MA from l Quds University, and taught at a leading Jerusalem Arab municipality school and rose to prominence as a resident and leader of the UNRWA (United Nations Refugee and Work Agency) refugee camp in Shuafat, located in Jerusalem

The PA has already awarded the family of Fadi Abu Shkhaydem with a life time salary for murdering Eli Kay.

CAEF, the Canadian Antisemitism Education Foundation, working with the Nahum Bedein Center for Near East Policy Research, calls on all organizations, businesses, charities, and the Canadian government to condition funds for the PA on the repeal of the “Pay for Slay” law and to condition funds of UNRWA on the eradication of any curricula which incites violence against Israel and the Jewish people.

This is a matter of great urgency.

Eli Kay has relatives in Canada and South Africa who mourn his death and call for justice. Payment to his murderer’s family disgraces his name.

If the PA honoured killers of your parent, sibling or child with a monthly murder fee, how would you react?

Canadians must demand justice and withhold funding which pays for murder.

For further insight into PA policies: IsraelBehindTheNews.com, the site of the Bedein Center for Near East Policy Research.

Blinken blunders and other balagan