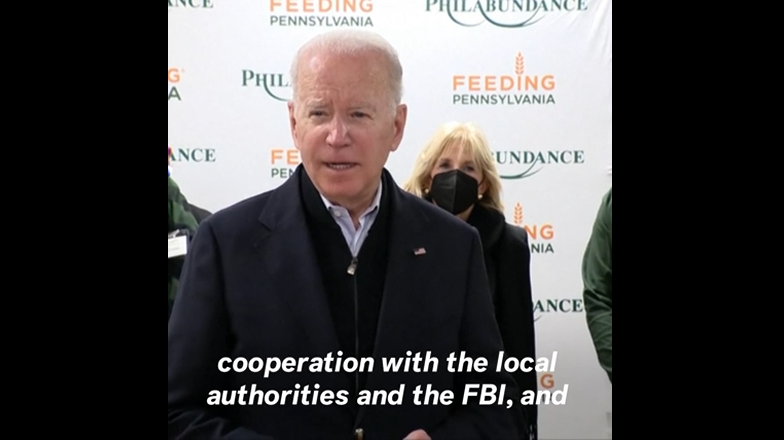 Every Saturday morning, the congregants of Beth Israel synagogue in Ann Arbor, Mich. are met by antisemitic protesters. Against the backdrop of history, it is almost beyond belief that lawyers have to go to the U.S. Supreme Court in a last-ditch attempt to gain relief and enforce safety at the entrance of their house of worship.

Anti-Jewish violence at synagogues began in Germany, not on the infamous Kristallnacht night of Nov. 8, 1938, but in 1930, with the rise of Adolf Hitler. For a while, its significance was minimized by Jews. But as history unfolded, abusing Jews by word, as well as deed, at their synagogues was the beginning of the road to genocide.

Jew-haters over the decades, foreign and domestic, took their cues from Nazi Germany. They have understood that the best way to strike a powerful blow against Jews was by attacking their houses of prayer.

In the 1980s, grenade throwing machine-gunning Palestinian terrorists murdered a 2-year-old boy and wounded other Jews during Sabbath services inside Rome’s historic synagogue, which stands less than a mile from the Vatican. Two years earlier, Paris’ Rue Copernic Synagogue was the target of terrorists—leaving four dead and 46 wounded. The murderous list—too long to enumerate—spanning decades, stretches from Istanbul to Mumbai, from Djerba, Tunisia to Pittsburgh, Pa. from Halle, Germany to Poway, Calif.

Years ago, while attending the Frankfurt Book Fair, I asked the concierge at my hotel for walking directions to the synagogue. “Of course, it’s easy,” he said. “Make a right, make a left at the second traffic light, walk straight and when you see the armored personnel carrier, you have arrived.”

For our neighbors here in America, perhaps we haven’t made a big deal over it, but over the last three decades, we have had to spend hundreds of millions of dollars to first secure, then harden our synagogues, schools and Jewish community centers from a diverse array of antisemites, including but not limited to: Neo-Nazis, white supremacists, Islamists and lone wolf terrorists.

That’s why the attack on a small group of Jews praying in a synagogue in a suburb of Fort Worth, Texas, didn’t shock Jews—but the statements made in its aftermath did: Why in G-d’s name did the FBI state definitively that attack had no connection to the Jewish community? The FBI knew that was not true on its face. After all, it wasn’t a McDonald’s where the hostage drama played out. Without the grace of G-d and a phenomenal FBI team, more Jews would have been dead.

After all, a simple Google search would have confirmed that the Al-Qaeda criminal whose release the terrorist was demanding was and is a raving Jew-hater, who demanded that jurors at her trial be given a DNA test, less one of them might be a Jew! And intercepted phone calls from the terrorist were replete with rants about “f—ing Jews.”

We wrote Attorney General Merrick Garland, urging the Justice Department to adopt the internationally recognized definition of antisemitism and make its content part of training of all its personnel. Hate is hate and woe to an America that deflects from dealing with an attack on one community because Jew-hating talking heads from self-anointed civil rights groups might be upset.

We all know the arguments for free speech. In the case of Beth Israel synagogue, Judge Jeffrey Sutton even rejected a proposed remedy—”a 1,000-foot (305-meter) buffer and limits on signs—would likely violate the First Amendment.”

“The key obstacle is the robust protections that the First Amendment affords to nonviolent protests on matters of public concern,” the judge said.

The American Civil Liberties Union filed a brief in support of the protesters who they lectured “are entitled to protection even if offensive, upsetting and distasteful.”

Don’t the faithful of any religion have a First Amendment right to worship free from intimidation or harassment?

How else to characterize weekly vilification every Sabbath from 2003, at exactly the time that services are held, close to the entrance of the synagogue? Speech or harassment and intimidation? How about civil rights laws that promise Jews no less protection that are afforded racial minorities?

Unfortunately, a federal court of appeals recently rejected the worshippers’ legal claim unanimously. The case is being taken to the Supreme Court by a synagogue member as a last resort to get relief from harassment. Will the recent attack in Texas make a difference? We can only pray and hope.

This Jan. 27, many people around the U.S. and overseas will join the U.N. in commemorating International Holocaust Memorial Day. In their moments of silence to honor 6 million dead Jews, we need them to ponder how to help live Jews.

The views expressed in this article are the writer’s own.