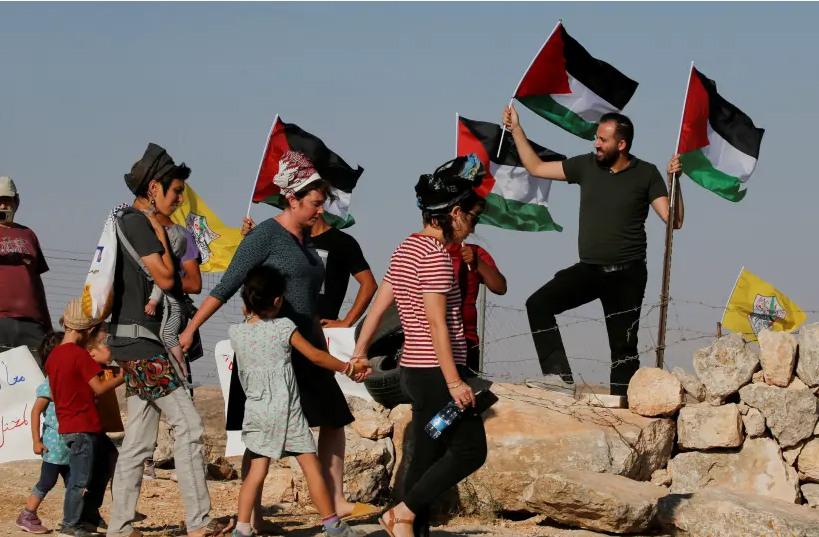 In your column on January 28, 2022 you identify masked rioters in and around Arab villages as Jewish residents of Judea and Samaria.

Has the correspondent for the Jerusalem Post who covers Judea and Samaria ever provided names of the rioters or documented he names of the communities where these masked rioters live?.

Have you noticed that the riots of masked settlers often take place in the presence of security forces, who supply pictures of masked rioters to the media, to foreign diplomats and to NGOS’ that are funded by the New Israel Fund, always with the caption: “masked settlers”.

Bitselem and Haaretz regularly distribute pictures of these masked rioters who commit violent crimes in the presence of israel security forces.

Because of the proximity of the rioters to security forces, I have used my press credentials as a journalist for 35 years to ask Israel police intelligence why they they do not arrest these masked rioters when he police and the IDF witness the act of violence, to which they have no response.

Have you ever asked the IDF and the GSS to explain why these masked men are not arrested?

ISM is a well organized anarchist group who use clever infiltration such as such as wearing Tzitzit- prayer shawls- flowing from their shirts to gain entry and access to Jewish communities in Judea and Samaria, while befriending pro Arab NGOs .

Have you ever asked anyone in the police or GSS about whether some or all of the the masked rioters are indeed members of The ISM or any other anarchist group?