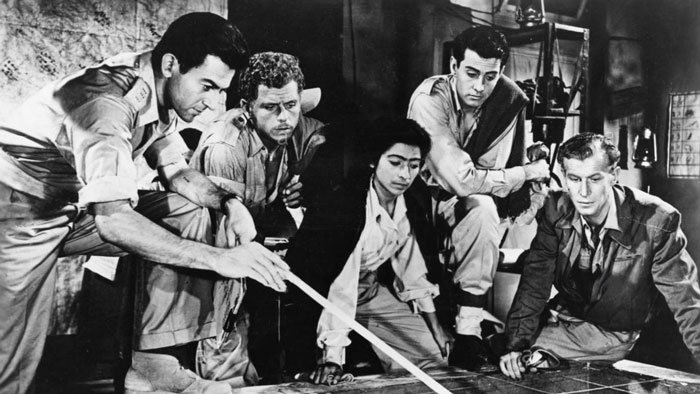 Produced in 1953 by Jack Padwa, then a Tel Aviv businessman. Won the Cannes Film Festival award in 1955,

Why did Jack produce the movie?

As a British citizen who had arrived in Palestine in 1940. Jack Padwa joined the underground war to overthrow the British mandate in Palestine and managed to infiltrate British intelligence,

However, Ben Gurion confided in Jack Padwa that his 1950 visit in the US had been a disaster, and that few people understood what the nascent state of israel was all about

Jack Padwa turned to Ben Gurion and said that “What you need is a book and a movie”:

With the backing of David Ben Gurion, Jack Padwa brought writer Leon Uris to Israel, who wrote the book Exodus.

And with the backing of David Ben Gurion, Jack Padwa produced HILL 24 DOES NOT ANSWER

At time when the debate rages as to help present Israel in the public domain, please watch this film